Why would female Macracantha arcuata, a species of Long-horned orb weaver spiders found in India and China through Southeast Asia to Borneo, have such long, curved spines on their abdomens? 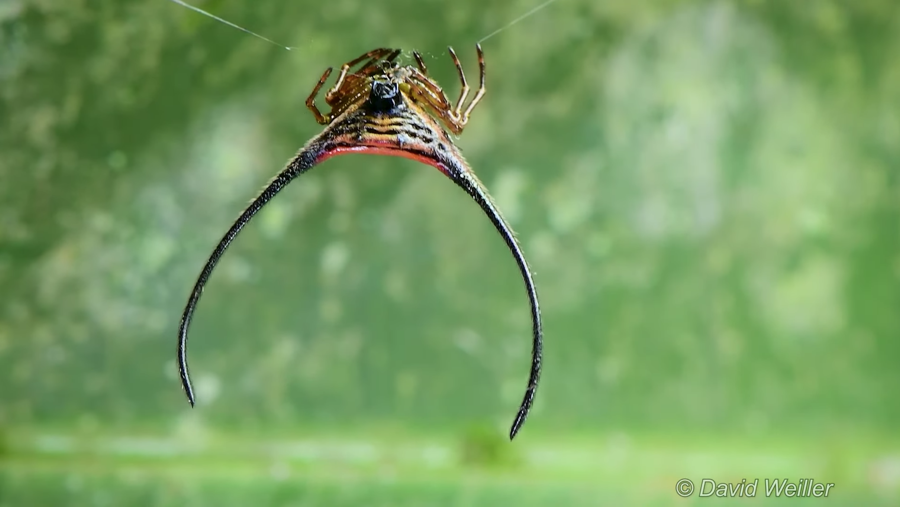 Observe this spectacular creature, also known as the curved spiny spider and, very rarely, a demon-horned spider, in the video above. It was filmed in Borneo by rainforest wildlife photographer David Weiller, who wrote:

“One of the functions of this orb-weaver spider’s unusual giant stiff horns protuding from its back is probably so that predators (such as birds and lizards) will have a very hard time trying to swallow it.

“The females have very long curved spines on the abdomens which are more than 3 times (24-27mm) its body size which is (8-9mm).”

Via Wikipedia, males are much smaller: “1.5 mm, with stout, conical spines.”

The last part of the video appears to show the female spider in ultraviolet or blacklight. 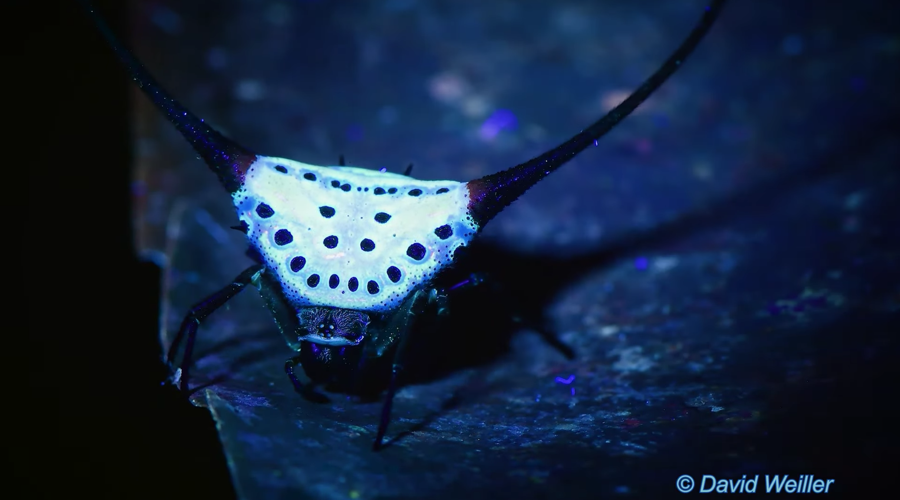 Watch these related videos next on TKSST:
• A stag beetle, a long-horned beetle, and a tube web spider
• Longhorn Ankole Cows: The Cattle of Kings
• The Lappet Moth Caterpillar

How does a python climb a tree?

Why Do These Monkeys Have Such Outrageous Noses?