The Longhorn Ankole Cows of Eastern Africa are usually remembered for the impressive size and shape of their horns, which can grow up to 2.4 meters (almost 8 feet) from tip to tip. Called the Cattle of the Kings, this majestic breed is also reportedly hearty in harsh environmental conditions, able to survive on less food and water than other domesticated livestock. 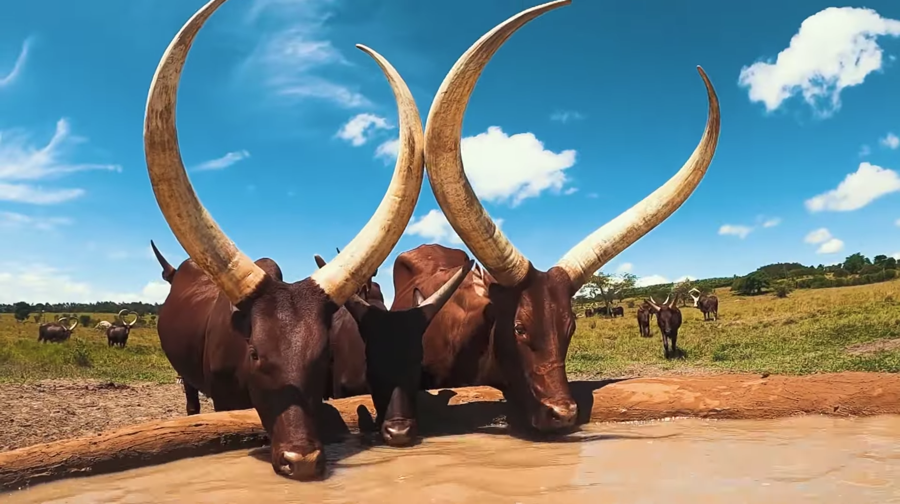 Ugandan-Dutch video creator Yuri Yabi documents Longhorn Ankole Cows in Mbarara, Uganda in the video above, explaining some history in the voiceover:

“It is believed that the longhorns have evolved to protect the Ankole cattle from dangerous predators such as lions, leopards, and hyenas. When attacked, the cows will form a tight circle as their horns face outwards to ward off dangerous predators.

“Ankole cows originally descended from the Ethiopian Sanga cattle that originated in Eurasia with a lineage that goes back for 1000 of years.” 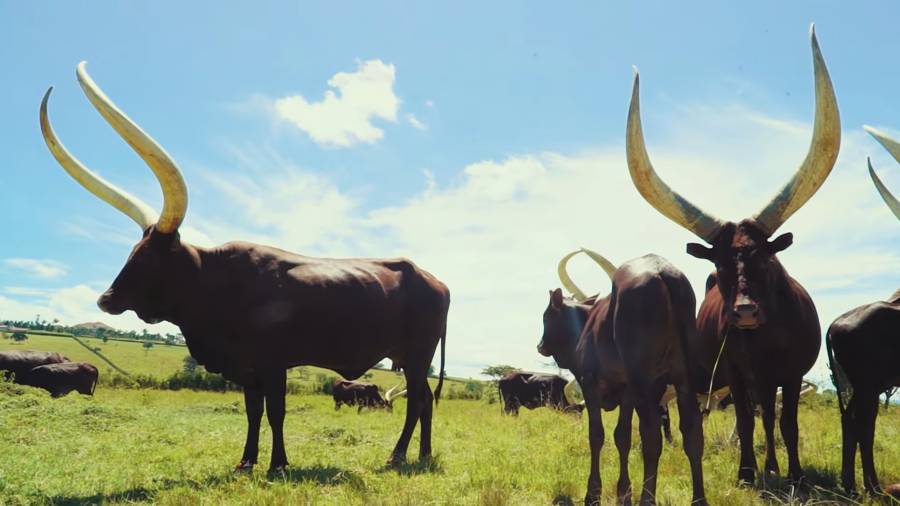 And via the Bwindi Forest National Park:

“The cattle is reared for both milk and meat purposes although the skin can also be used for making cultural regalia like drums, stools, sandals and clothing. 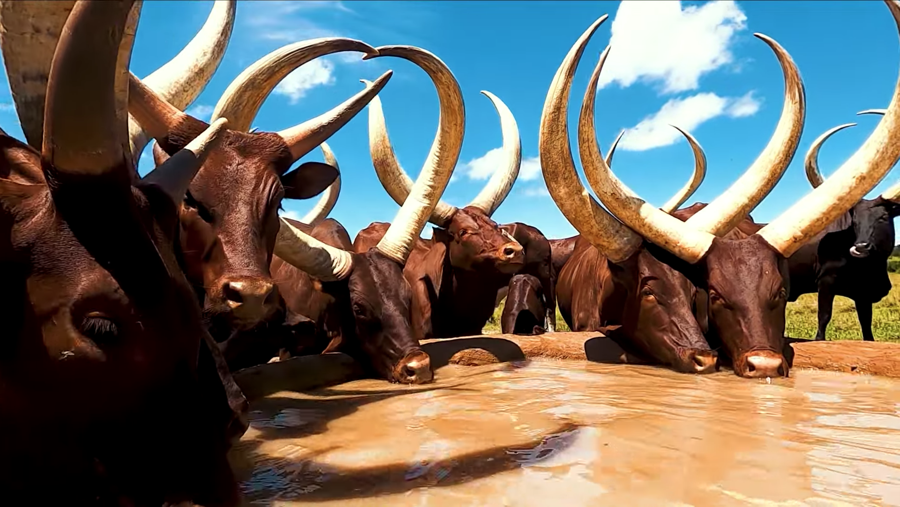 Watch these cow videos next:
• When a Scottish Highland steer helps with the yard work
• Planet-friendly foods for gassy cows?
• Milking a dairy cow by hand
• Grace Lehane plays her concertina for the cattle in Kilmichael Cork

Related exploration: What’s the difference between horns and antlers?

When a Scottish Highland steer helps with the yard work

The science of milk

Much A-Doo About Poo – Gross Science

Milking a dairy cow by hand

How is ice cream made?