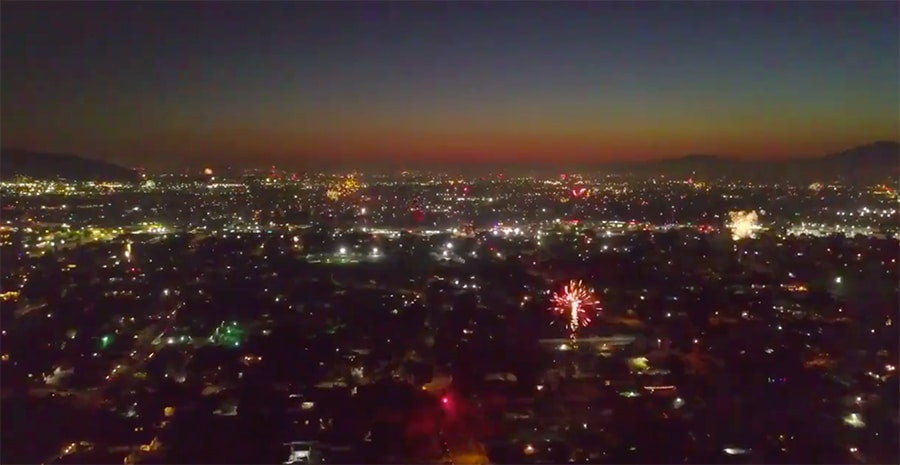 See hundreds of aerial fireworks boom and blossom over Los Angeles, California in this drone footage filmed by SoCal Attractions 360, a park experience YouTube channel. The video has been removed from YouTube but you can watch some of it via Twitter:

INSANE! It's like a war zone in Los Angeles County. Happy 4th of July. Filmed from a Drone pic.twitter.com/Bak7MLfW7d

The nighttime scene was filmed with a DJI Mavic Pro in the San Gabriel Valley around 9pm on July 4th, 2020. Some context from LAist:

Air quality reached hazardous levels in parts of Southern California on Sunday, as 4th of July pollutants stuck around even longer than usual thanks to stagnant weather conditions Saturday night.

“All the smoke from the fireworks very close to the ground [was trapped],” said Phillip Fine, a representative from the South Coast Air Quality Management District.

Fireworks, both professional and amateur, emit high levels of metal and other particulates, which can exacerbate respiratory or cardiovascular illness. And fireworks were indeed set off this weekend, despite being illegal in the city of Los Angeles and Mayor Eric Garcetti’s cancellation of public displays. 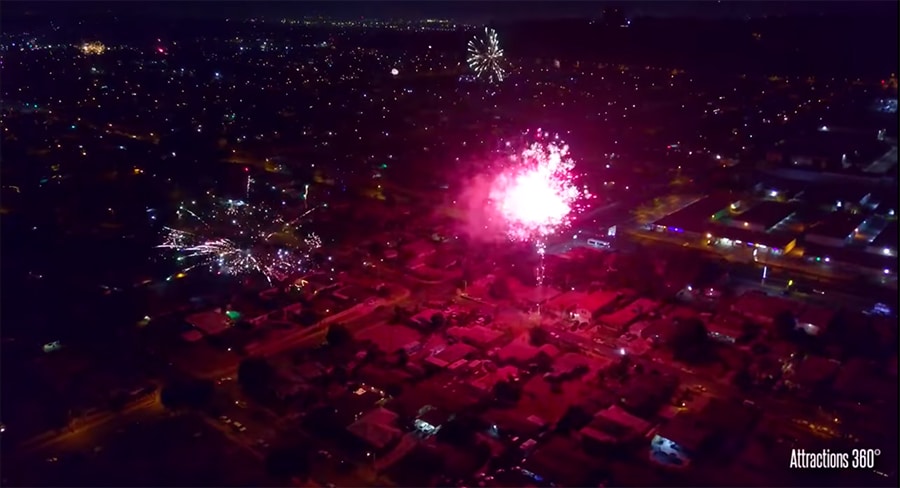 Watch more fireworks videos, including The Science Behind Fireworks—and the Galaxy. Plus:
• You’re A Firework (Scientifically Speaking)
• A record-breaking firework ball explodes over Zurrieq, Malta
• Fireworks in reverse for New Year’s Eve in Melbourne
• What does a world record firework look like from below?

Using tech to save a fish species in the hottest place on...

How are sparklers made?

How are fireworks tested?

Fireworks in reverse for New Year’s Eve in Melbourne