When veteran diver Dorian Borcherds saw this “magnificent jellyfish” off the coast of Papua New Guinea, he said he “was struck by their intricate detail and the way they seemed to move decisively through the water.”

When one of his family members uploaded a photo of the animal to The Jellyfish App, jellyfish expert and app co-founder Dr Lisa-ann Gershwin said she almost fell out of her chair. From The Guardian:

“‘As soon as I saw this one, honestly, I could barely contain my excitement,’ she said… Gershwin initially thought the footage was the second sighting of a mysterious jellyfish – Chirodectes maculatus – found decades ago on the Great Barrier Reef, but she now believes the ‘magnificent’ creature is a new species…” 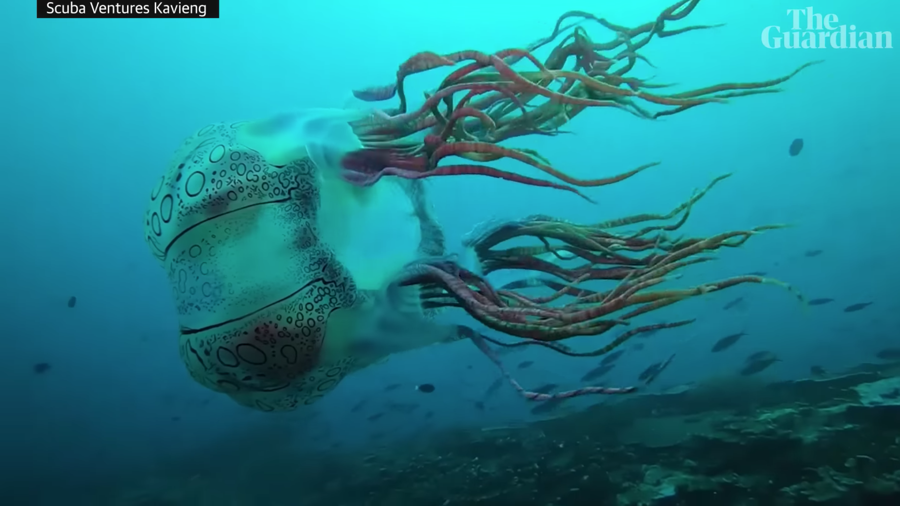 “Gershwin had helped reclassify Chirodectes maculatus – a jellyfish that has been sighted only once off the coast of far north Queensland, after a cyclone in 1997.

“She said it had remained a mystery where the invertebrate had come from ever since. At first glance, she thought the new video could provide the answer.”

Gershwin and Peter Davie, a retired Queensland museum curator, “pored over the footage from PNG frame by frame.” Their work has led them to believe that the animal is a new species that may belong to the same genus as the one seen in 1997.

As a part of the scientific process, the resulting research paper will be peer-reviewed to determine if their findings are conclusive. From Dr Gershwin, via ABC News:

“A new species is considered like a hypothesis, it has to be tested,” she said.

“It’s not technically discovered until it has been formally named and classified.

“I’m being very meticulous as I was involved in the re-classification of the original species, so I want to be more than right, I’m crossing every t and dotting every i.

“On top of that, we still have the mystery of where did the Great Barrier Reef specimen come from?” 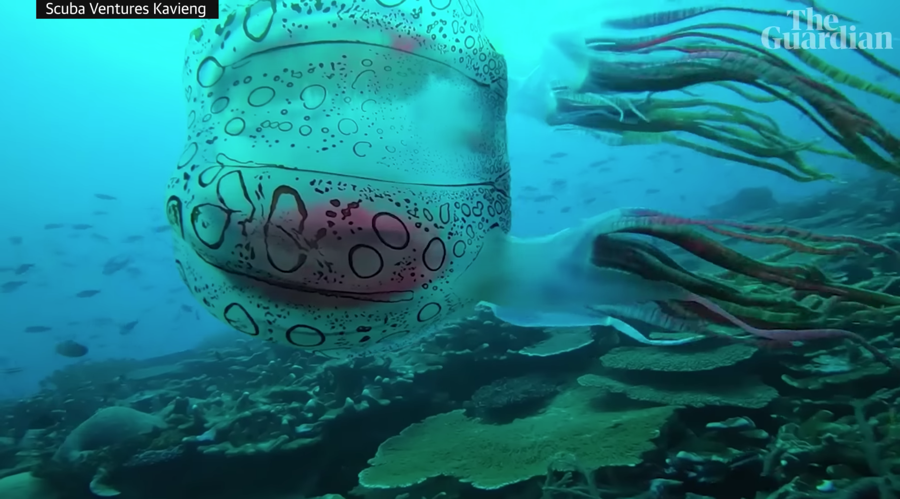