The programming wheel design of MMXS imitates Molin’s original, but instead of tactile interaction and acoustic elements, MMXS relies on a DC motor for mechanics combined with sounds generated by a synthesizer (Axoloti Core). MMXS is battery powered and features 16 notes, 128 programming bars, 10 different sound presets, speed control, volume and a built-in speaker. The finish of the machine is inspired by older Meccano toy sets… 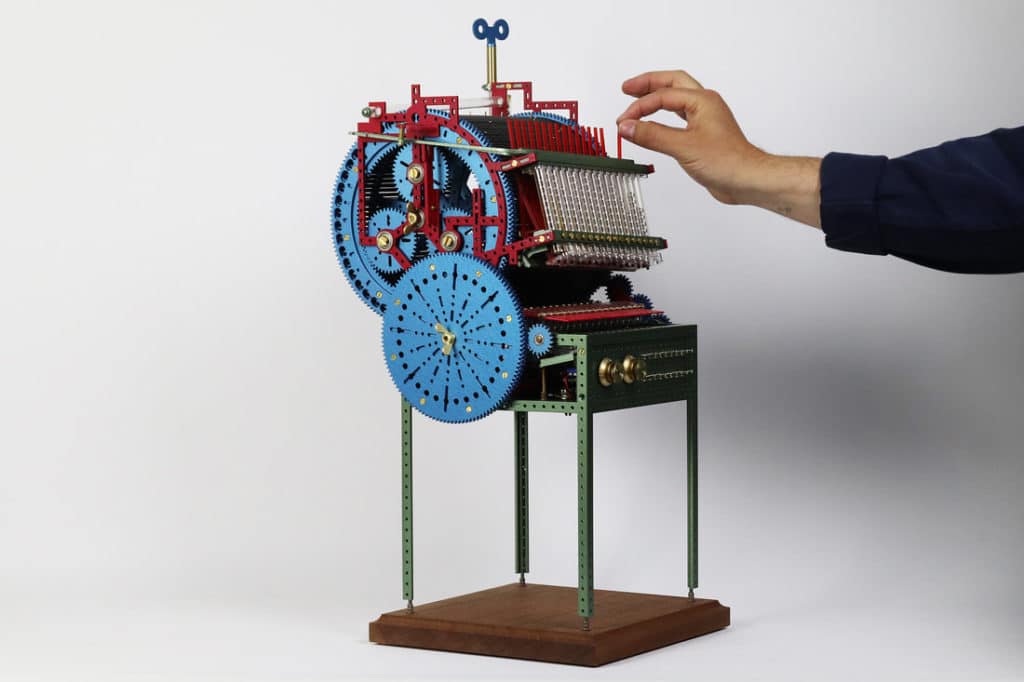 I intended the MMXS to play the original Wintergatan song, but the mechanics just couldn’t handle the pressure. In the end I had to come up with something of my own. All the sounds in the video are generated by the marble machine itself, with the exception of background layer and lead pad created by my small Bivalvia Synthesis. 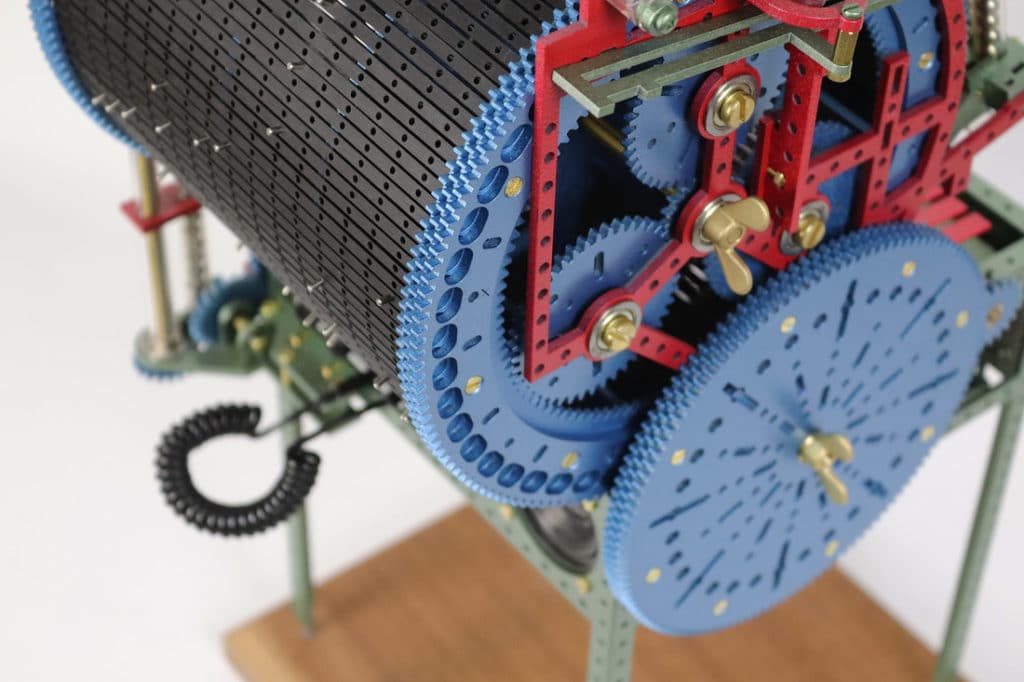 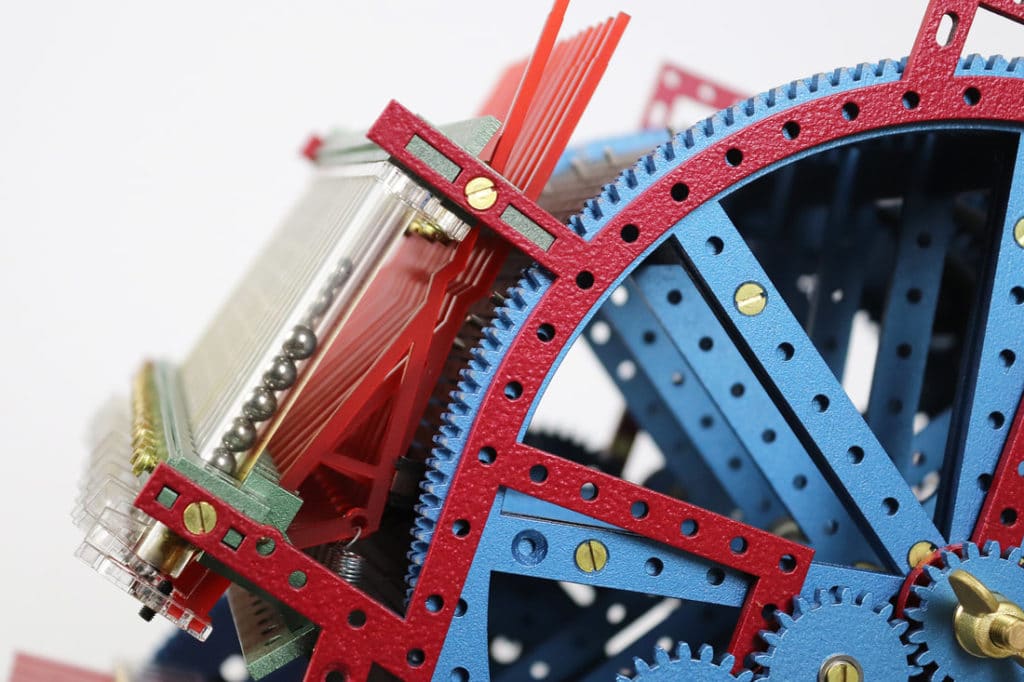 ICYMI: Watch the 2,000-marble filled original machine and its improved 2.0 version made for touring.