Marcel Duchamp’s “To Be Looked at (from the Other Side of the Glass) with One Eye, Close to, for Almost an Hour” (1918)

What do we notice when we spend more time with something? In the title of this piece at the Museum of Modern Art, French artist Marcel Duchamp provides instruction to spend more time with his 1918 work “A regarder d’un oeil, de près, pendant presqu’une heure” or “To Be Looked at (from the Other Side of the Glass) with One Eye, Close to, for Almost an Hour.”

MoMA production assistant Emily Bahret looks through the convex lens and shares her observations as well as some art history in this video about how chance can bring unexpected delights. The video is one in MoMA’s UNIQLO ArtSpeaks series. From MoMA:

“The title of this work, which Duchamp said he “intended to sound like an oculist’s prescription,” tells the viewer exactly how to look at it.” 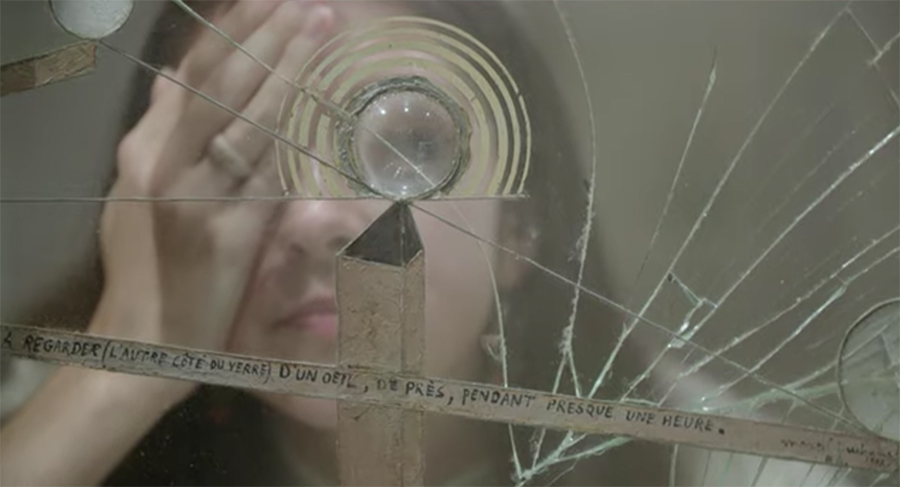 “But peering through the convex lens embedded in the work’s glass “for almost an hour” would have a hallucinatory effect, the view being dwarfed, flipped, and otherwise distorted. Meanwhile, the viewer patiently following the title’s instruction is him- or herself put on display for anyone else walking by. Duchamp called To Be Looked At . . . his “small glass,” to distinguish it from his famous Large Glass of 1915–23. He made the work in Buenos Aires, Argentina, where he had fled earlier in 1918 to escape the oppressive atmosphere of the United States during World War I. When he shipped it back to New York, the glass cracked in transit, producing an effect that delighted him.” 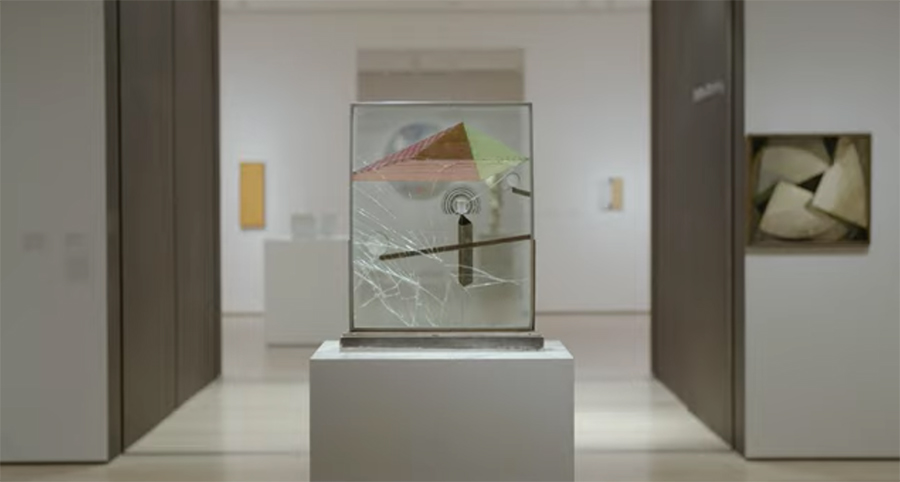 Related on TKSST: Kintsugi & kintsukuroi: The art of pottery mending with gold.

Bonus: The meticulous work that goes into running the Museum of Modern Art.