Float over a Martian crater in 8K

Have you ever seen a crater on Mars in such detail? This 8K resolution animated flyover of a Martian crater was created from images by the HiRISE camera onboard the Mars Reconnaissance Orbiter.

2022 Update: The remastered flyby above was shared in 8K by Som ET. The video is a replacement to Sean Doran’s original video. 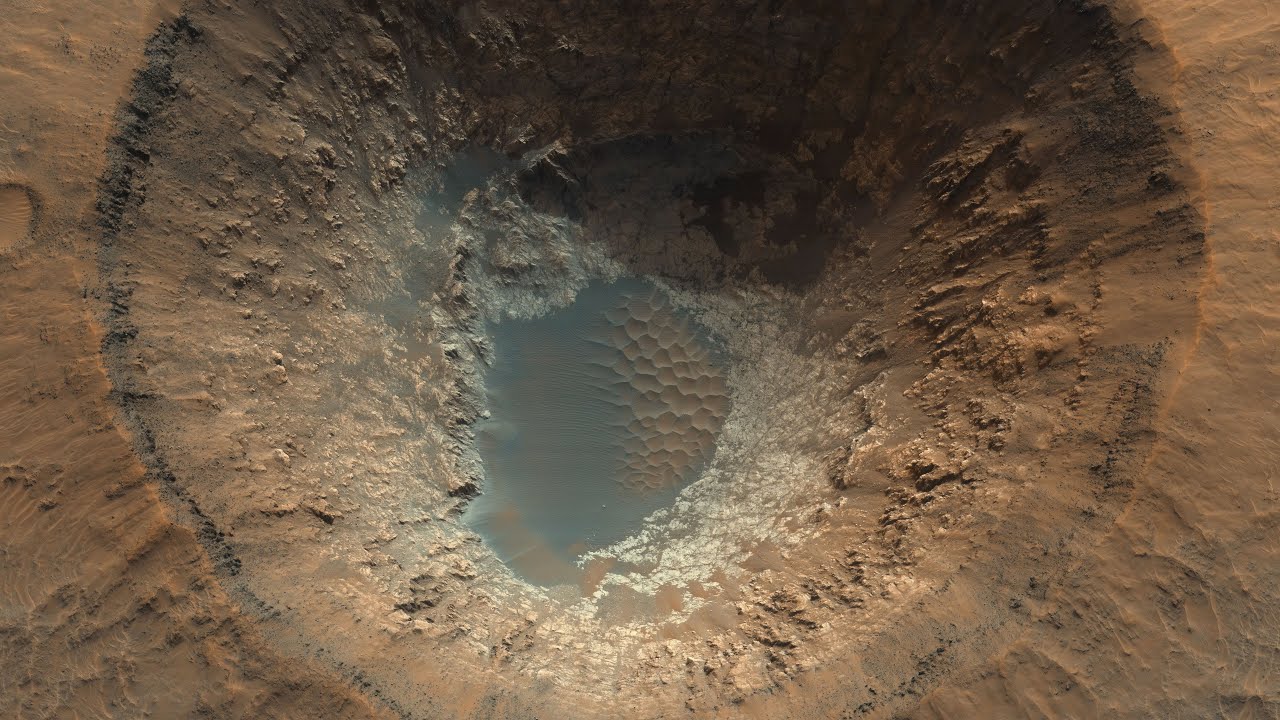 And what’s going on with the textures around the crater? In 2018, NASA explained that these radiating mounds, called araneiform terrain, “form when carbon dioxide ice below the surface heats up and releases.”

“This is an active seasonal process not seen on Earth. Like dry ice on Earth, the carbon dioxide ice on Mars sublimates as it warms (changes from solid to gas) and the gas becomes trapped below the surface.

“Over time the trapped carbon dioxide gas builds in pressure and is eventually strong enough to break through the ice as a jet that erupts dust. The gas is released into the atmosphere and darker dust may be deposited around the vent or transported by winds to produce streaks. The loss of the sublimated carbon dioxide leaves behind these spider-like features etched into the surface.”

This video shares more of the craterless Martian terrain: 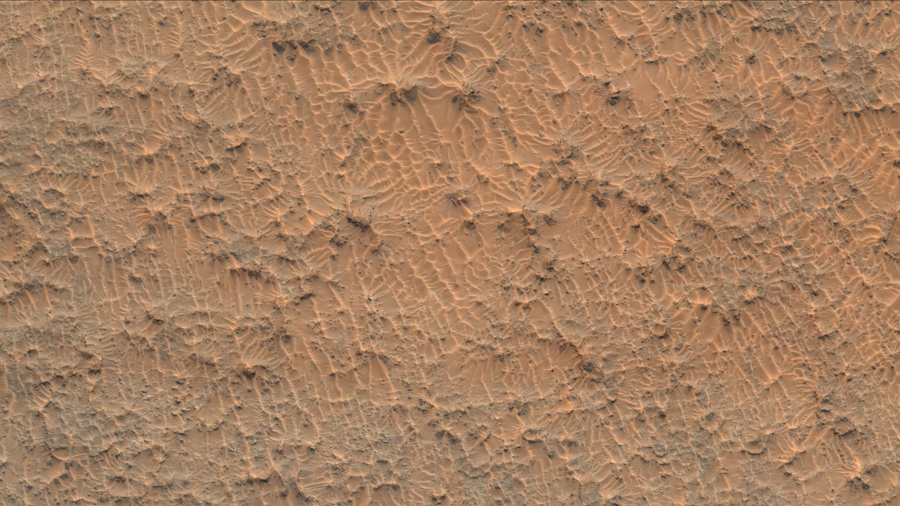 Related Wikipedia list: Craters on Mars. Which one is this?

Watch more Mars and crater videos on TKSST:
• A Fictive Flight Above Real Mars
• Tour six NASA spacecraft locations on the Red Planet
• What did Mars look like 4 billion years ago?
• In search of water on Mars Seasonal dark streaks on the Red Planet
• A Guided Tour of How the Moon Evolved