Mary Anning, the greatest fossilist the world ever knew

Around 1811, 12-year-old Mary Anning and her brother Joseph discovered what she would later find to be a remarkably complete Jurassic-era fossil of an Ichthyosaurus, a prehistoric marine reptile. It was the first of many scientific discoveries she made near the fossil-rich cliffs of Lyme Regis, including a plesiosaur and coprolites, fossilized poop.

How did Mary Anning, as a young woman living in an era when women weren’t allowed to vote, go to university, or belong to scientific organizations, eventually get credit for her scientific discoveries? This BBC Ideas stop-motion animation about her difficult life was made with sand and stones from Anning’s beach by animator Anna Humphries. 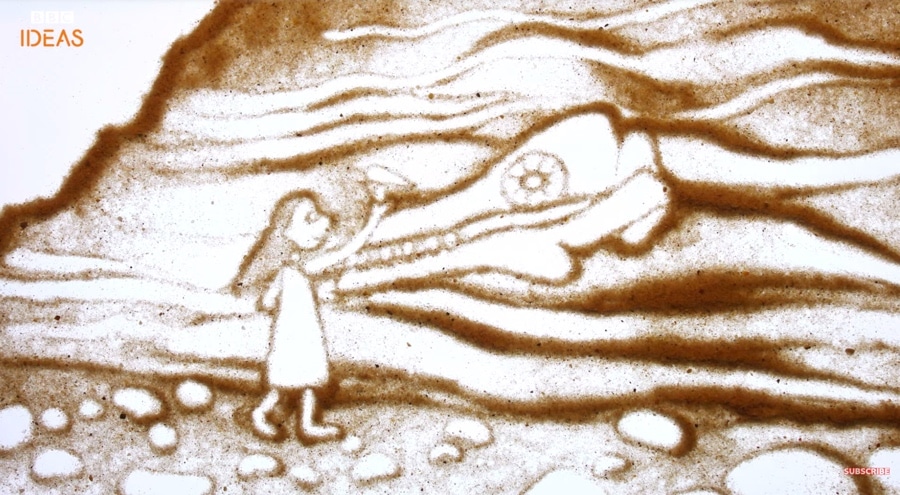 An Anning family hobby turned into a business, fossil-hunting was not only fashionable in the late 18th and early 19th century, but groundbreaking in scientific circles, as well. From Atlas Obscura:

In 1823, Anning discovered the bones of another gigantic reptile-like creature, which caused an even bigger sensation: a plesiosaur. The news of this discovery spread quickly throughout the scientific world, and the remains were brought to the Geological Society of London and became the subject of scientific debate, to which Anning was not invited. The famous French scientist Georges Cuvier, known as “the father of paleontology,” inspected the bones and first concluded that they were fake before eventually admitting his error and recognizing their authenticity.

Over the years that followed, Anning made further discoveries of fossils that revolutionized science. However, in spite of her phenomenal contributions, Anning was rarely recognized officially for her discoveries, which were instead credited to the wealthy “gentlemen scientists” who bought the fossils. She was also consistently refused entry to the Geological Society because she was a woman.

Today she is known as “the greatest fossilist the world ever knew.” 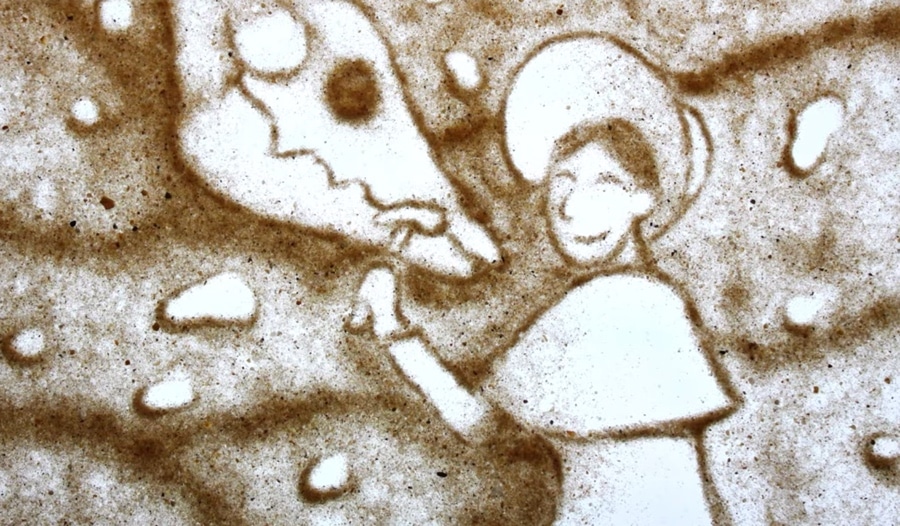 Learn more about Mary Anning in Dinosaur Poop Pt 2: The Coprolite Queen, an excellent episode by our friends at Tumble science podcast for kids:

Then watch more videos about paleontology and fossils, including the revealing world of dinosaur poop (coprolites).

Plus: Mary Leakey & the Laetoli footprints, The Living Fossil Fish, and Marie Tharp: Uncovering the Secrets of the Ocean Floor.

Why is water one of the weirdest things in the universe?