Filmed in 1975, this seven-minute short is one in a series of fourteen films that document French pantomime artist Marcel Marceau‘s classic performances. Out of his traditional mime makeup, Marceau introduces the piece, which not only demonstrates his physical talents, but his artistry in conveying a story. From the video:

“He explains that the maskmaker represents humanity and has all the faces humanity can possess. He also suggests that while many people hide behind masks, others use them to create symbols of life and says that the last mask will reveal man in his only and real moment of truth. As the performer puts on mask after mask, he finds to his horror that one of them is stuck.” 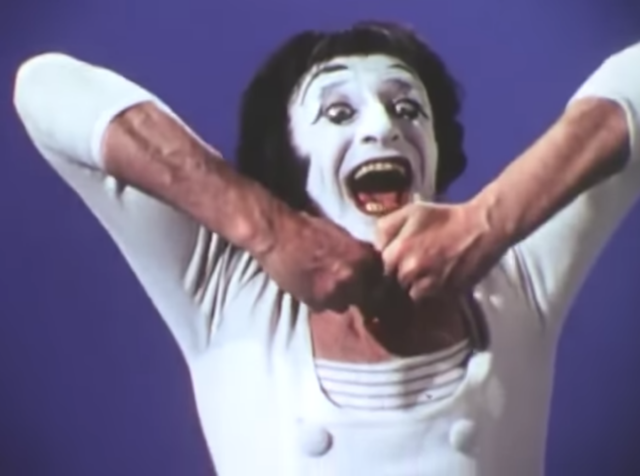 Marceau was inspired to mime at five years old when his mother took him to a Charlie Chaplin film, but his tragic and inspiring years in France during World War II also influenced his path into the artform.

The world’s most renowned mime, Marceau’s silent work became known globally on a world tour in 1955-56. NPR’s and The New York Times’ 2007 obituaries for Marceau, born Marcel Mangel, celebrate his unique ability to express anguish, hope, and innocence without words. 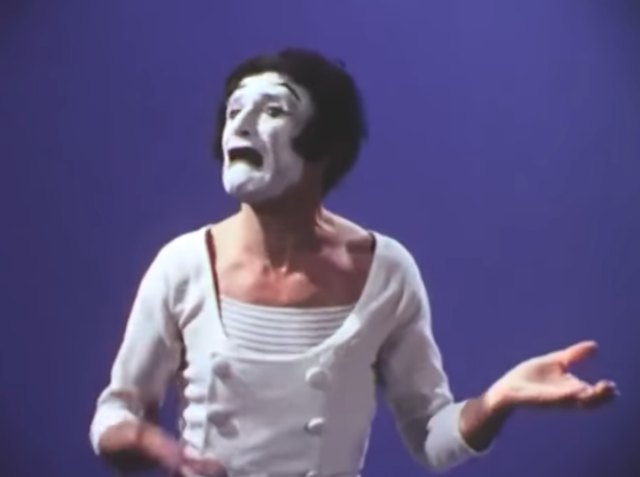 Watch this classic mirror scene from The Marx Bros’ Duck Soup next.

Plus, there’s more communication, more performances, and a few mimes in the archives.