How do you extinguish burning magnesium? In this video from the Royal Institution, science presenter Steve Mould demonstrates what happens when you try to extinguish a metal fire with a CO2 fire extinguisher or water—both bad ideas that don’t work and could be very dangerous. Why?

The correct way to put out a metal fire is with a powder fire extinguisher that covers the fire entirely with non-reactive powder.

Bonus: See what it looks like when magnesium burns inside a block of solid carbon dioxide, also known as dry ice. 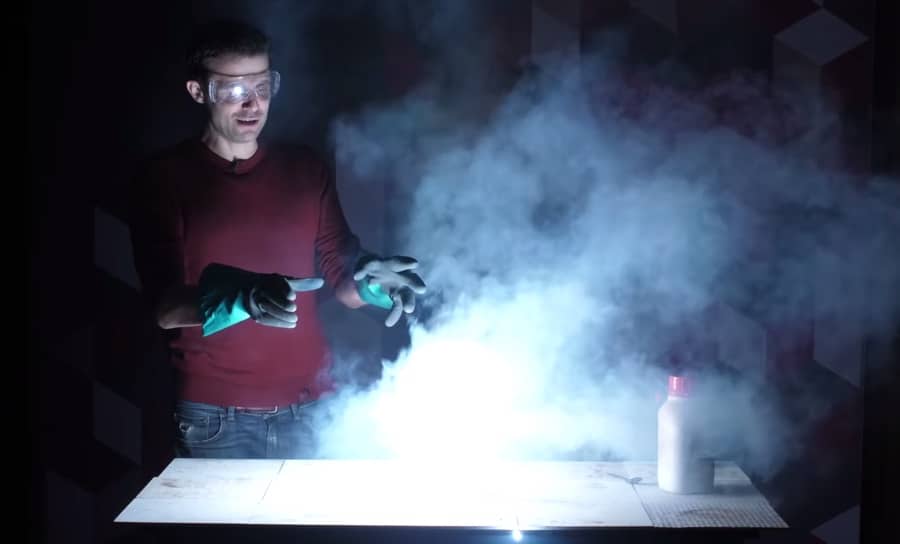 Why Do Hot Things Glow?

What’s the chemistry and physics of a flame?