In a delightful and highly coordinated team effort to capture the Guinness World Record for Longest Melody Played by a Model Train, Miniatur Wunderland set up water glasses along a specially built toy train track to play a medley of classical compositions.

The melodies play for 2/3rd’s of the video. At the six-minute mark, we get a behind-the-scenes look at how the Wunderlandian team put everything together. Note: There are flashing lights for a brief moment after 4 minutes and 15 seconds. 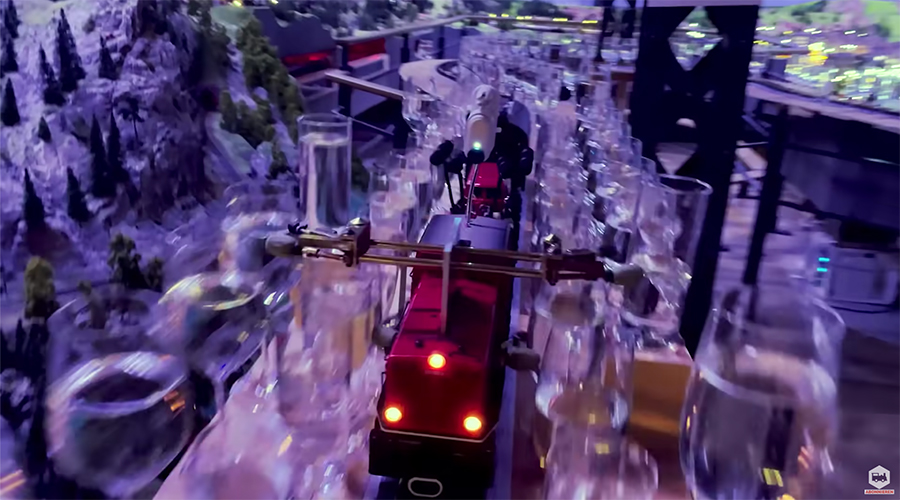 How many melodies are played? How many do you recognize? And how many glasses do you think were required for such a monumental effort? (Find the answers on the Guinness site.)

“Like many of the projects during the lockdown,” the Guinness World Record video caption explains, “this idea was only possible during the time without visitors in the exhibition.” This provided the team with “diversion, fun and a good mood, but also demanded a lot of creativity, inventiveness and perseverance.” 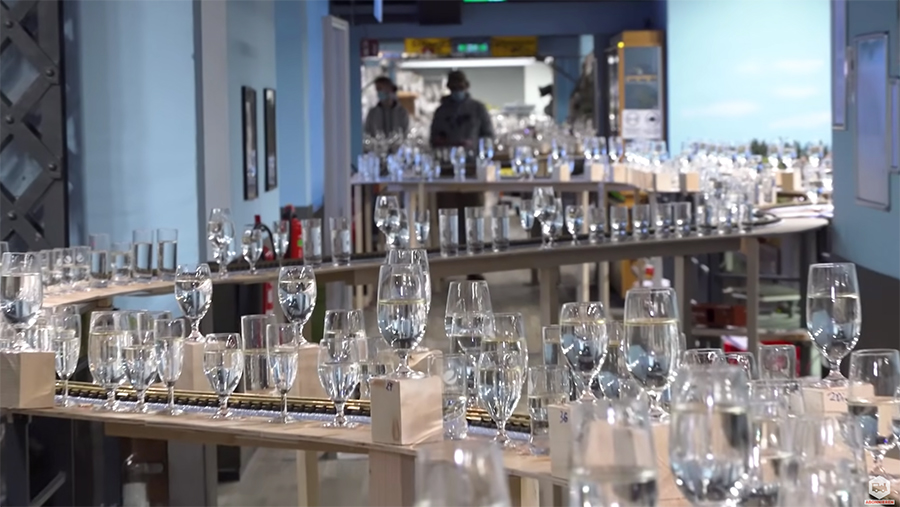 The largest model railroad in the world, Hamburg, Germany‘s Miniatur Wunderland is home to nine themed worlds, 1,040 trains, 269,000 figures, and over 300 employees. It first opened its doors on August 16th, 2001 with three sections. The team continues to expand the exhibits with plans mapped out to 2028. 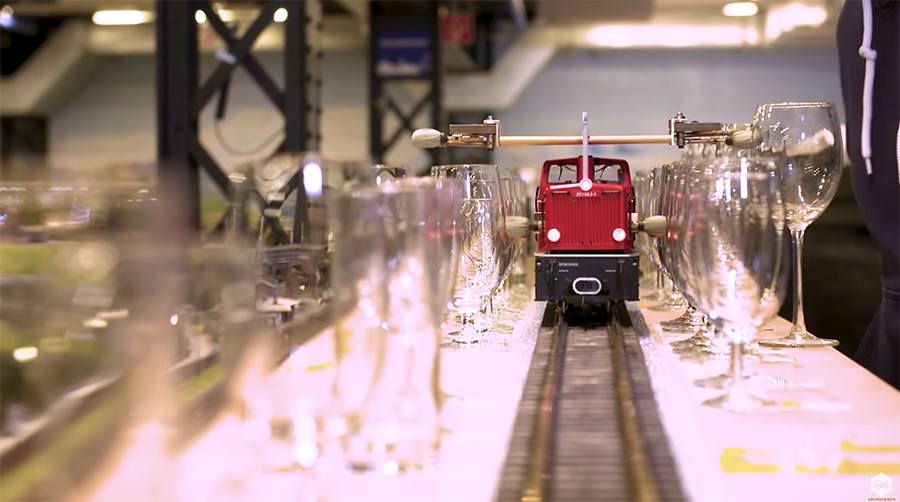 What is a caboose used for?

The biggest model railroad in the Northwest

That Cello Guy: The multi-screen performances of Cremaine Booker

Teeny Weeny Challenge: How Small Can I Draw?!

Squeeze in where you can! – The World’s Busiest Railway

Riding the trains in Mumbai, India