“Astronomers in the 18th century were sure there was a planet in the wide gap between Mars and Jupiter – and even formed a group called the Celestial Police to find it. But eventually, it became clear there was no single world out there, just lots and lots of little ones. Fast forward to today and more than a million asteroids have been discovered…”

Launching in October of 2024, Hera is the European Space Agency‘s part of an international planetary defense project. It will send the Hera spacecraft and two CubeSats—”Milani the rock decoder and Juventas the radar visionary”—to study Asteroid Didymos and its “moonlet” Dimorphos.

The ESA animation above is the second in a series that introduces a bit of science history along with the mission’s ambitious goals. 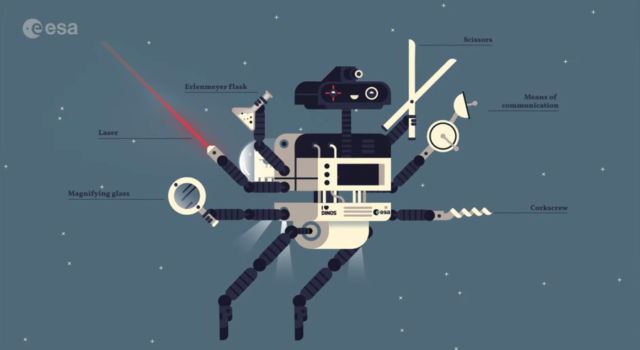 Didymos and Dimorphos pose no threat to Earth, but they will be close enough for the two-part experiment:

1. NASA has sent a spacecraft to hit Dimorphos in the Double Asteroid Redirection Test (DART) Mission, scheduled for impact in September 2022. It’s the first kinetic impact test of its kind. Can we shove an asteroid?

2. Hera and its CubeSats will follow up with a 2026 post-impact survey that includes observing the asteroids’ surfaces and interiors with a variety of instruments: an optical camera, lidar (laser radar), a thermal infrared scanner, a spectrometer, and more. 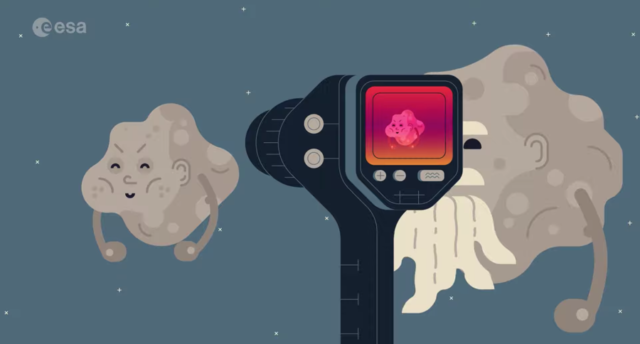 Learn more about the project in the series’ first animation: ESA’s Incredible Adventures of the Hera Asteroid Mission.