Did the moon form in just a few hours? NASA Ames investigates.

“Billions of years ago, a version of our Earth that looks very different than the one we live on today was hit by an object about the size of Mars, called Theia – and out of that collision the Moon was formed. How exactly that formation occurred is a scientific puzzle researchers have studied for decades, without a conclusive answer.

“Most theories claim the Moon formed out of the debris of this collision, coalescing in orbit over months or years. A new simulation puts forth a different theory – the Moon may have formed immediately, in a matter of hours, when material from the Earth and Theia was launched directly into orbit after the impact.”

Was the moon formed in just a few hours? Scientists were able to study the geochemical makeup of the moon when the Apollo astronauts returned to Earth with moon rocks in 1969, leading to the Giant Impact Hypothesis. 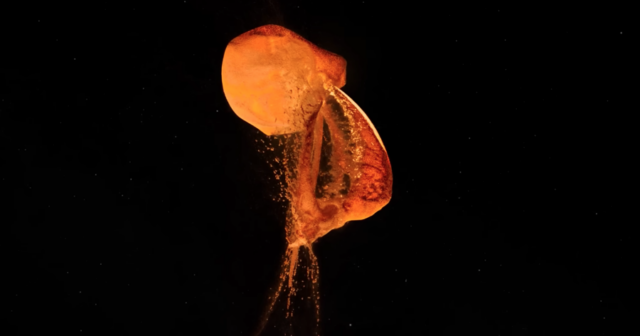 This 2022 supercomputer simulation from the
NASA’s Ames Research Center and Durham University models new research around the impact, including how long the moon might have taken to form. From NASA:

“This scenario can put the Moon into a wide orbit with an interior that isn’t fully molten, potentially explaining properties like the Moon’s tilted orbit and thin crust – making it one of the most enticing explanations for the Moon’s origins yet.” 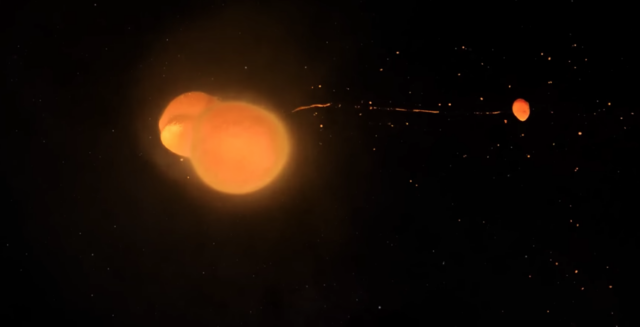 In the future, scientists will compare simulations like this one with future Artemis mission lunar samples, further refining our understanding about how the moon might have formed.

Watch more videos about the moon on TKSST, including:
• Moon 101, a quick primer on our 4.51 billion-year-old natural satellite
• Tour of the Moon (our One and Only)
• The phases of the moon visualized from the other side
• Artemis and How We Are Going to the Moon