“Mosasaurs are a group of extinct marine lizards that lived during the late Cretaceous,” museum researcher Amelia Zietlow explains in this American Museum of Natural History video. They “lived between 100 and 66 million years ago, and they went extinct with the same asteroid that killed the dinosaurs.”

But mosasaurs weren’t dinosaurs. They were “fully marine,” and have been found in the fossil record of every continent, including Antarctica.

“Imagine a Komodo dragon, except it’s the size of a school bus with flipper-like limbs, a shark-like tail, and an extra row of teeth on the roof of its mouth.” 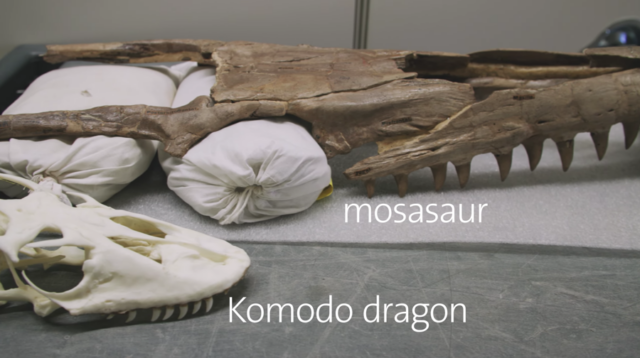 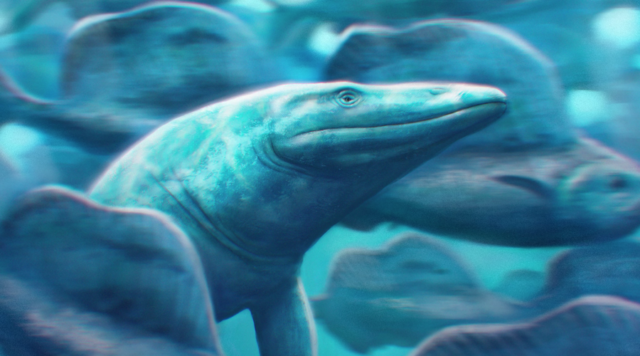 Zietlow, a PhD Student with the museum’s Richard Gilder Graduate School, and AMNH curator Jin Meng share more about what we’ve learned about mosasaurs, as well as what we hope to learn, from studying and scanning their fossils, including the ones behind glass in AMNH’s Hall of Vertebrate Origins. 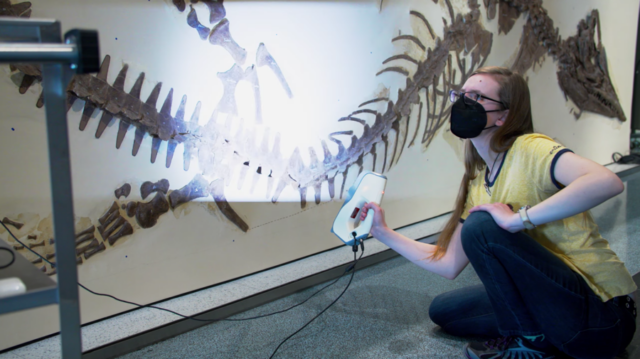 Watch this next: Mosasaurs 101.

Plus, more videos about fossils, including:
• Excavating the Rutland ‘Sea Dragon’ Fossil
• Temnodontosaurus, the Jurassic ‘Sea Dragon’
• Life, death, and discovery of a plesiosaur
• Mary Anning, the greatest fossilist the world ever knew
• A swimming dinosaur: The revealing tail of Spinosaurus aegyptiacus