Mother Goose Stories was made in 1946 by pioneering stop-motion animator Ray Harryhausen. Distributed to schools, the ten and a half minute silent-film style series of shorts includes Little Miss Muffet, Old Mother Hubbard, The Queen of Hearts, and Humpty Dumpty. It begins and ends with Mother Goose at a projector.

He used armatured models. The ball and socket armatures were made by his father although based on Ray’s designs, and were clothed in tiny costumes made by his mother.  Each had a series of replacement heads, with extreme expressions and he would dissolve from one head to another to simulate reactions. 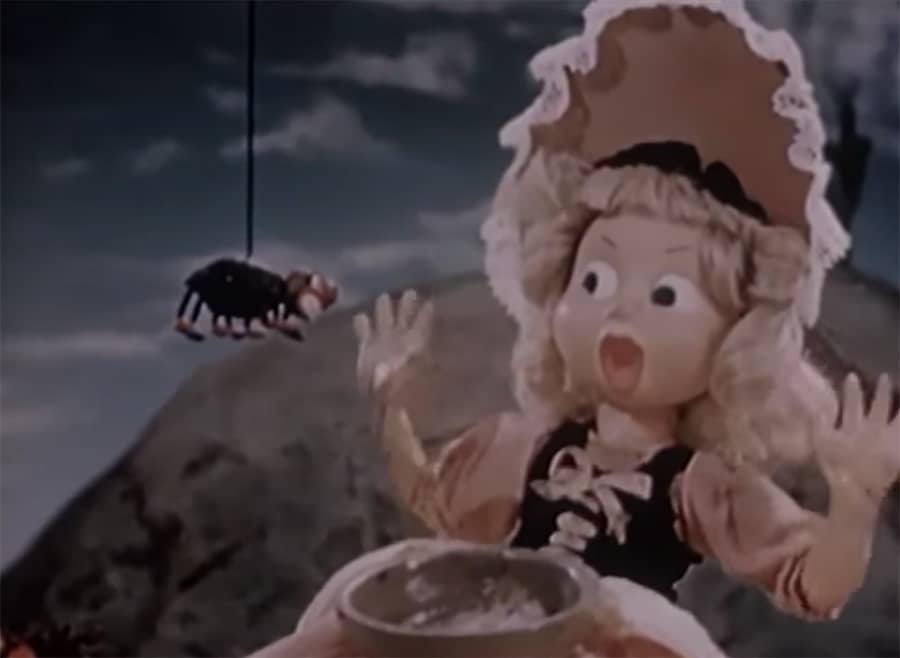 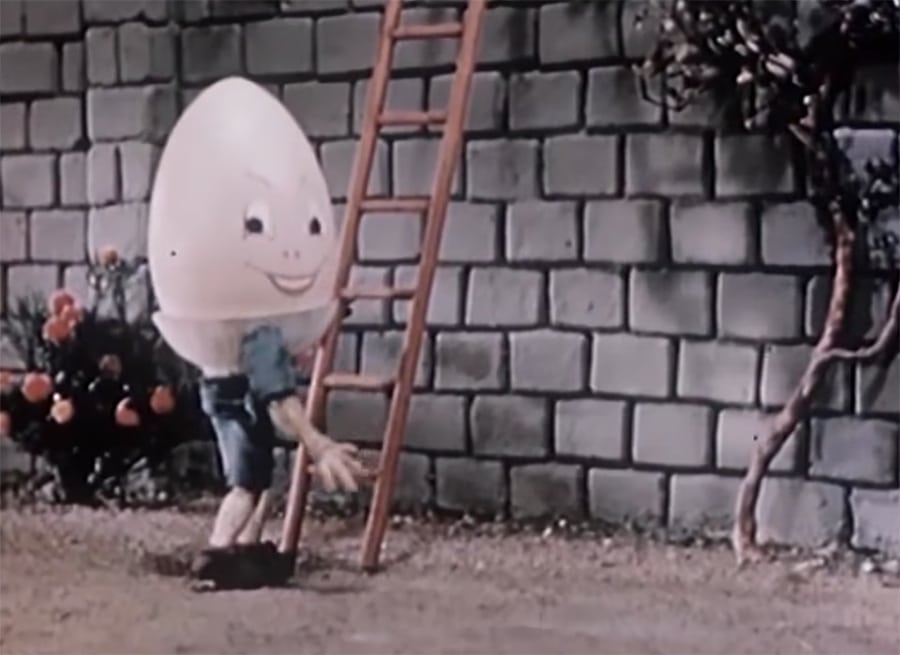 Harryhausen is famous for his pioneering animated films Mighty Joe Young, The 7th Voyage of Sinbad, and Jason and the Argonauts, but he created a number of children’s stories early in his career. 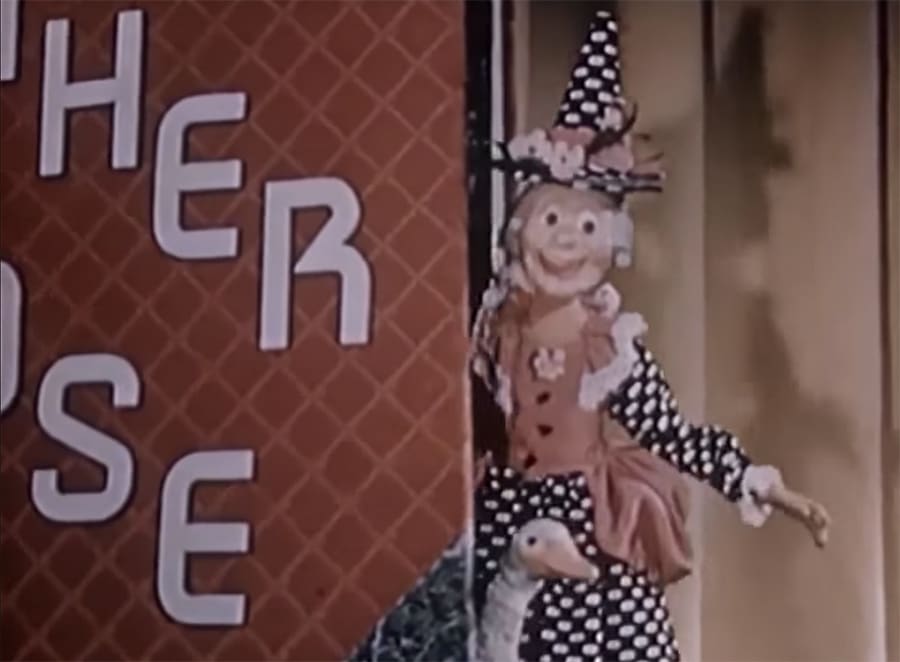 There are more stop-motion videos in the archives.