Born “into the deepest poverty on the Stovall Plantation in the Mississippi delta around Rolling Fork, Mississippi,” McKinley Morganfield entered the world on April 4, 1945. As the story goes, the nickname Muddy was given to him by his grandmother because he “took to playing in the dangerous waters that were everywhere around Jug’s Corner…”

This was long before he made his way up to Chicago, a participant in the Great Migration, and became a music legend. Above, Muddy Waters in an on-stage performance of Honey Bee, a clip that showcases his signature slide guitar style of playing. Some context from uDiscoverMusic:

Muddy Waters didn’t set out to create a music revolution when he electrified his guitar, but without him would there be an Eric Clapton or Rolling Stones, the group who famously took their name from the bluesman’s song, ‘Rollin’ Stone’? Waters inspired an entire generation of future rock stars, including a young Jimi Hendrix, who said, “The first guitar player I was aware of was Muddy Waters. I first heard him as a little boy and it scared me to death.”

Of his slide guitar technique and his monumental influence on blues music, Nick Morrison at NPR writes:

Muddy Waters’ role in the evolution of the blues (and of slide guitar) can’t be overstated. In the 1940s and ’50s, all genres of popular American music experienced a shift of focus that pointed the music toward the future — toward most of the music we hear being recorded today. And each of those shifts was embodied by a particular artist. In country, it was Hank Williams. In rock, it was Elvis Presley. In jazz, it was Charlie Parker. And in blues, it was Muddy Waters. In a much-storied migration, Waters took the acoustic blues guitar music he’d learned on Stovall’s Plantation in Mississippi, brought it to Chicago and plugged it into an amplifier. And you can call that “the birth of blues as we now know it.” 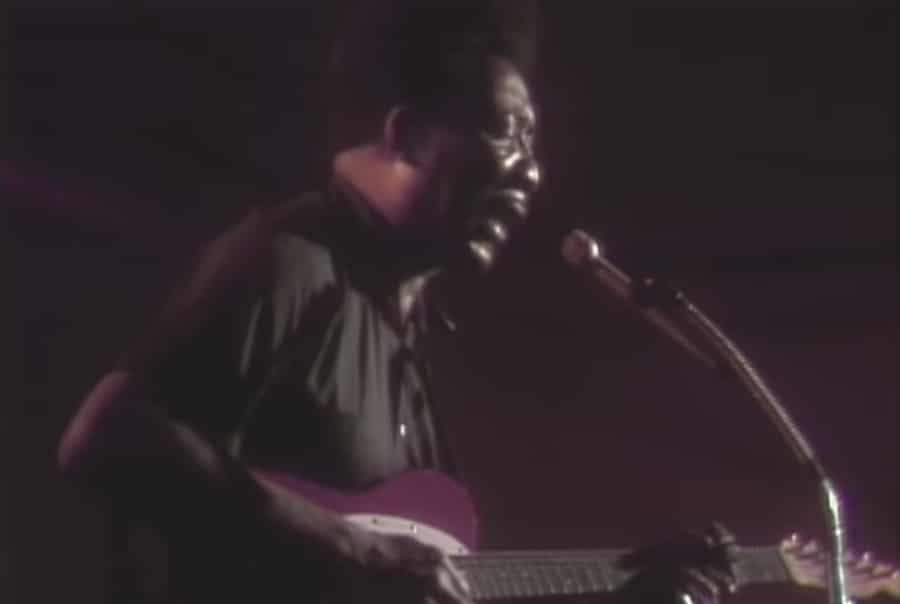 Related watching at Paste: A candid interview with Muddy Waters at Ash Grove in Los Angeles, 1971. Read Waters’ 1983 obituary in The New York Times and find more photos on his site.

Percussive fingerstyle performances of Take on Me and Billie Jean

Learn how to play the blues on the harmonica

Etta James: Something’s Got a Hold On Me