Caught in a canoe under a murmuration of starlings (2011)

We’ve been looking for a good murmuration of starlings video for a few months, but had never quite connected with the ones we’d found. And then we saw this video, as experienced and filmed by Sophie Windsor Clive and Liberty Smith while they were in a canoe on the River Shannon. Assisted by Nomad Soul‘s beautifully chaotic song titled Murmuration, the 2011 video became an instant classic. 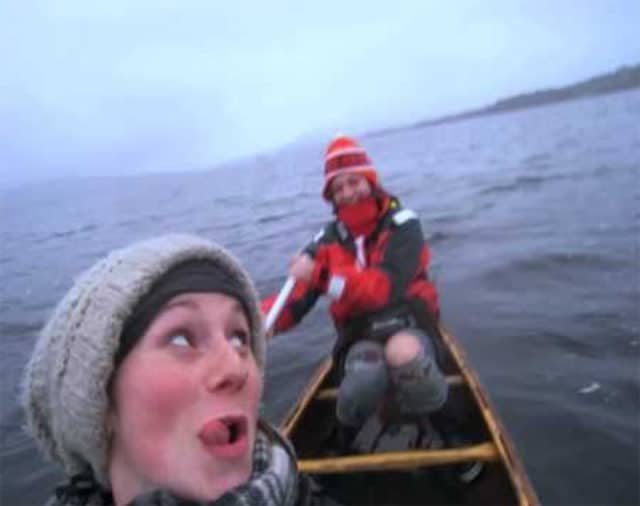 Two more informative links about the reasons and physics behind them, one with video. From Wired:

To watch the uncanny synchronization of a starling flock in flight is to wonder if the birds aren’t actually a single entity, governed by something beyond the usual rules of biology. New research suggests that’s true.

Mathematical analysis of flock dynamics show how each starling’s movement is influenced by every other starling, and vice versa. It doesn’t matter how large a flock is, or if two birds are on opposite sides. It’s as if every individual is connected to the same network.

That phenomenon is known as scale-free correlation, and transcends biology. The closest fit to equations describing starling flock patterns come from the literature of “criticality,” of crystal formation and avalanches — systems poised on the brink, capable of near-instantaneous transformation. 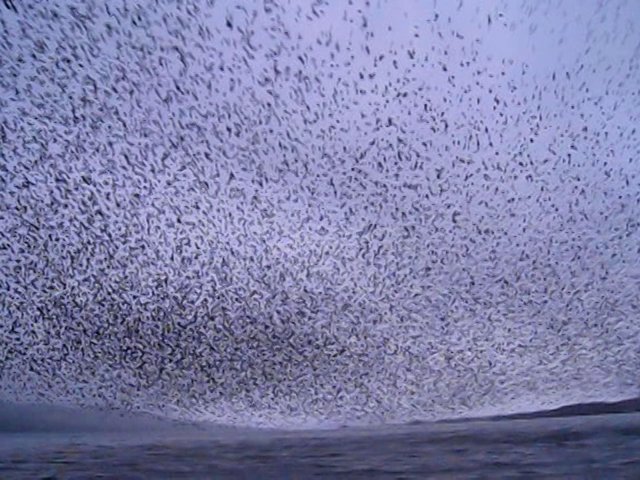 The Magnificent Monarchs: Visit a butterfly sanctuary in Mexico

The 24 hour lifespan of a mayfly

Swarm Of Locusts Devour Everything In Their Path

Starling murmuration, an enthralling five minutes in the Netherlands

Starling murmuration, a stunning clip from Jan van Ijken’s ‘The Art of Flying’