Mushrooms grow and shrivel in this 10,000 shot time-lapse

An eight-month-long lockdown project, this 10,000 shot time-lapse video captures mushrooms growing and shriveling in an Illinois forest. Biology student and nature video enthusiast Owen Reiser filmed these scenes near his college campus. The results capture the short life cycles of a variety of species, including crown tipped coral fungus, what looks like Crepidotus mollis, and more. Some background via Smithsonian Magazine:

To create the time-lapse of the life cycles of mushrooms, Reiser and his brother built a light-controlled box that was roughly two feet by three feet to accommodate decaying logs, leaves and other organic material that the sprouting mushrooms made their home. When Reiser spotted young mushrooms in the forest, he carefully relocated them to this special box, which included a sliding door and space for his DSLR camera to capture the action.

Reiser hadn’t filmed mushrooms before and it wasn’t all smooth sailing. “At first, I was failing like crazy,” says Reiser. “Maybe one out of every three was a success, but slowly I started getting better at it.” 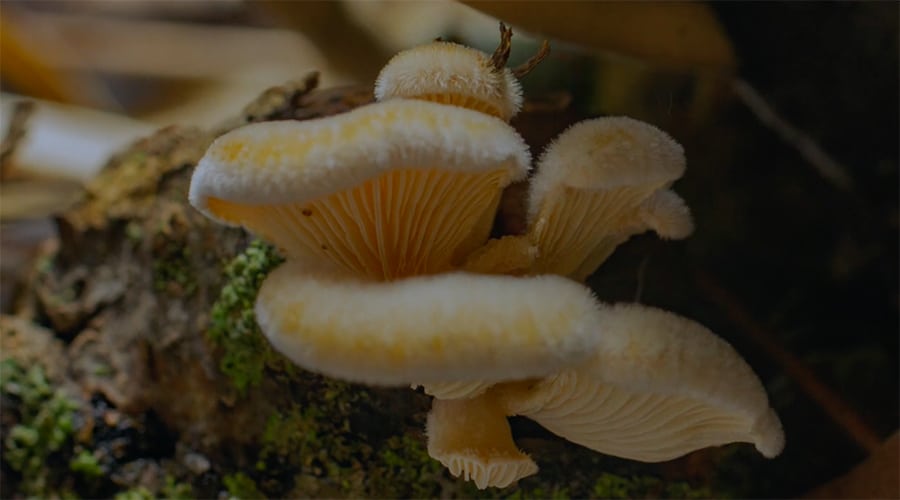 How long do each of these segments cover? Two examples: The first shot, above, was captured over the course of three days. The sequence below was filmed in two days. 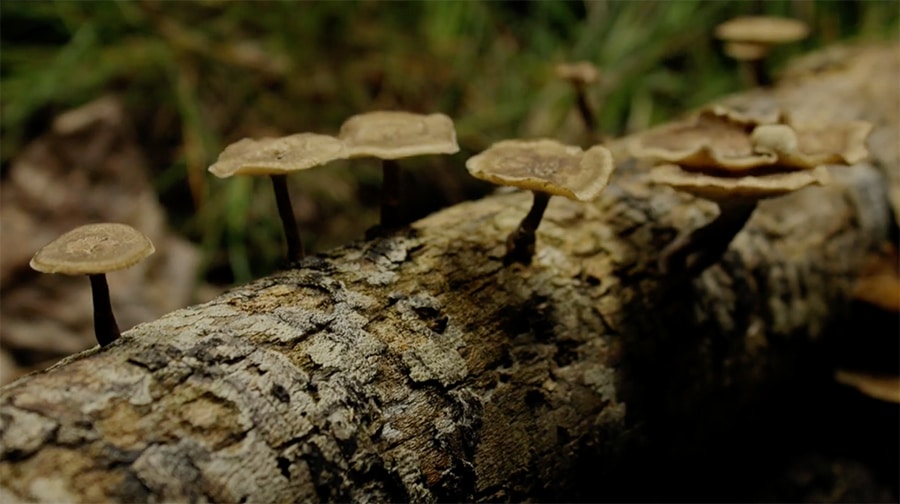 Plus, watch these fungi videos next:
• Fly Agaric (Amanita muscaria), a time lapse of growth
• Fungus: The Plastic of Our Future