In this old Curiosity Show clip, science educator and co-host Rob Morrison demonstrates how to draw an isochronous or tautochrone curve and why these curves are extraordinary. Watch as every steel ball dropped on any point in the curve meets in the middle of the curve at the same time as a marble dropped from any point on the other side. Or as described by mathematician, physicist, astronomer and inventor Christiaan Huygens in 1659:

On a cycloid whose axis is erected on the perpendicular and whose vertex is located at the bottom, the times of descent, in which a body arrives at the lowest point at the vertex after having departed from any point on the cycloid, are equal to each other… 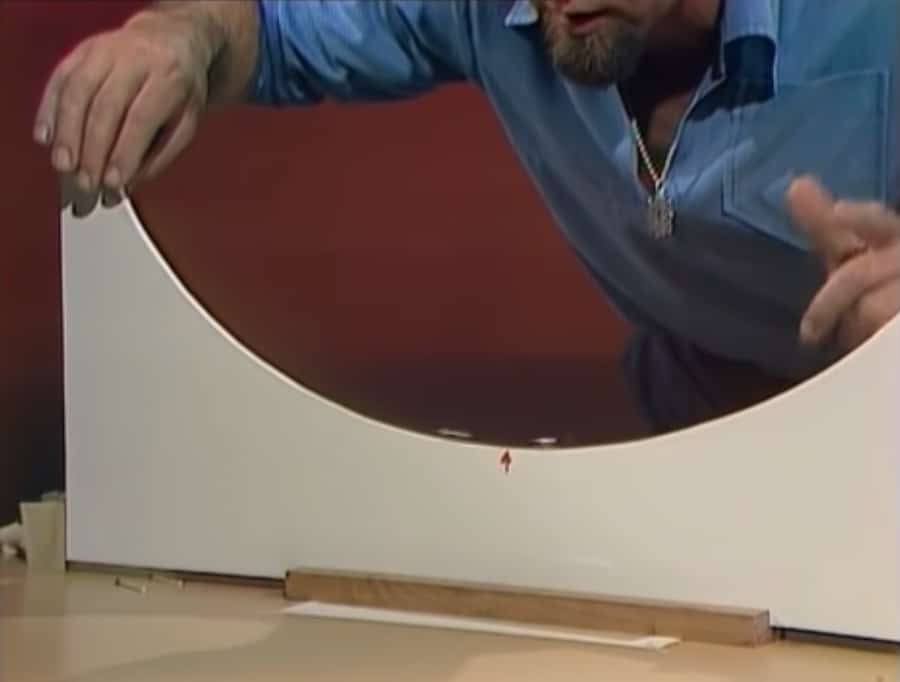 The award-winning Curiosity Show ran from 1972 to 1990 for school-age kids in Australia. Co-hosts Morrison and Deane Hutton won the rights to the show in 2012, and now share clips on their YouTube Channel.

Next watch more geometry videos, and more from The Curiosity Show: How to make a self-starting siphon, the Matchstick Triangle Puzzle, and how does a music box work?

Bonus related video: Circular motion demonstration with a sparkler and a hula hoop.

The Catenary and Mathematics All Around Us

Symmetry, an Eames animated short for the 1961 Mathematica exhibition