Traveling through extremely intense heat and radiation, NASA’s Parker Solar Probe touched the sun on April 28, 2021. This animation-filled NASA Goddard video shares the science behind this astonishing first in human history—visiting a star. But what does it mean to “touch” the sun?

“To answer that, we need to look at the Sun’s structure. Unlike Earth, our Sun doesn’t have a solid surface. It’s a giant ball of hot plasma that’s held together by its own gravity. Solar material flows out from the surface. But around the Sun, it’s bound by the Sun’s gravity and magnetic field. This material forms the Sun’s atmosphere—the corona.”

“Eventually, some of this hot and fast solar material escapes the pull of the Sun and gushes out into space as solar wind. The boundary that marks the edge of the Sun’s atmosphere is known as the Alfvén critical surface. We didn’t know exactly where this boundary was. But for the first time in history, a spacecraft has crossed it. 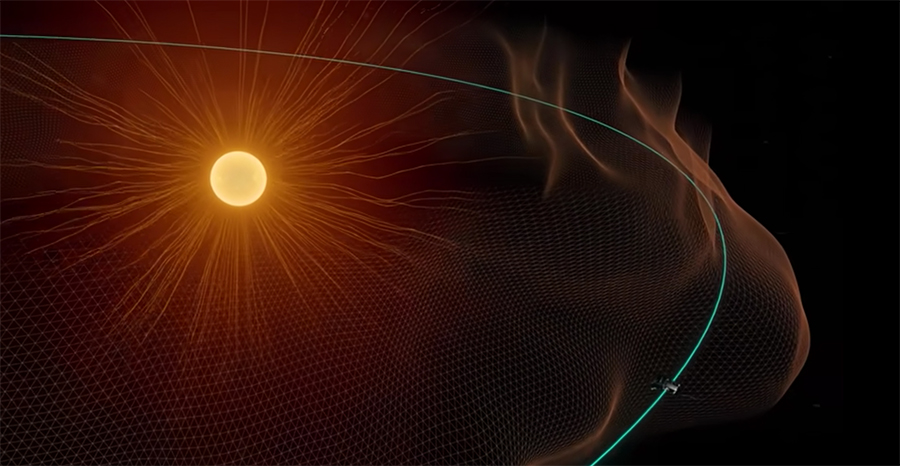 “At closest approach, Parker Solar Probe hurtles around the Sun at approximately 430,000 mph (700,000 kph). That’s fast enough to get from Philadelphia to Washington, D.C., in one second.

“At closest approach to the Sun, the front of Parker Solar Probe’s solar shield faces temperatures approaching 2,500 F (1,377 C). The spacecraft’s payload will be near room temperature.

“On the final three orbits, Parker Solar Probe flies to within 3.8 million miles of the Sun’s surface — more than seven times closer than the current record-holder for a close solar pass, the Helios 2 spacecraft, which came within 27 million miles in 1976, and about a tenth as close as Mercury, which is, on average, about 36 million miles from the Sun.” 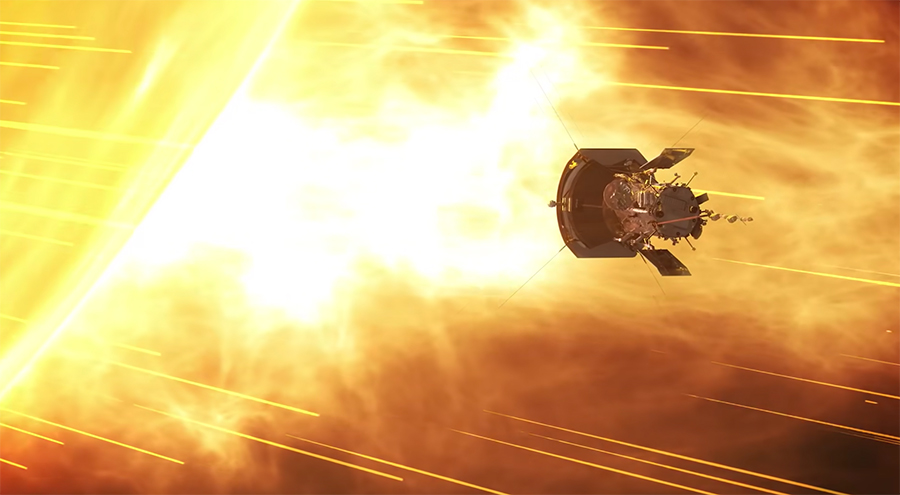 Watch a time-lapse sunset through a solar telescope

Venus crossing in front of the sun, via NASA SDO