On October 16th, 2021, NASA launched the Lucy spacecraft on a 12-year mission to visit one main belt asteroid and seven of over 4,800 known Trojan asteroids. The two clusters of space rocks, orbiting in tandem with Jupiter for billions of years, have been called ‘fossils’ of planet formation.” Lucy the spacecraft was named after Lucy the 3.2 million-year old fossil skeleton. 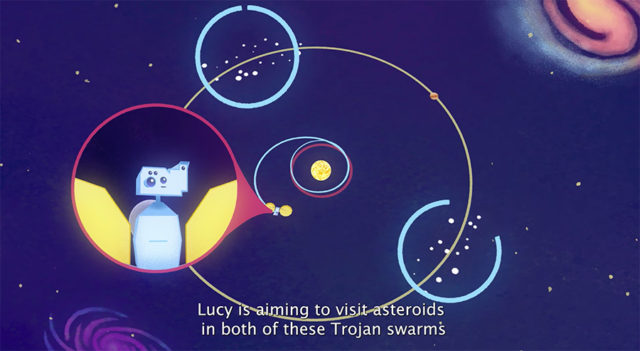 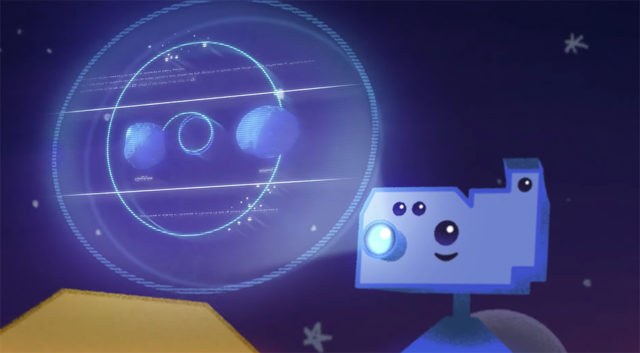 This NASA Goddard Space Flight Center compilation of kid-focused animations shares mission details, including Lucy’s creation and launch, the Trojan Asteroids, Lucy’s instruments, and the August 2027 flyby of Eurybates, the first Trojan asteroid on her journey.

“With each flyby of a Trojan asteroid, you’ll be looking at time capsules from the birth of our Solar System over four billion years ago. Lucy, what your observations tell us about the composition and properties of the Trojan asteroids could give us clues about how Earth came to be.” 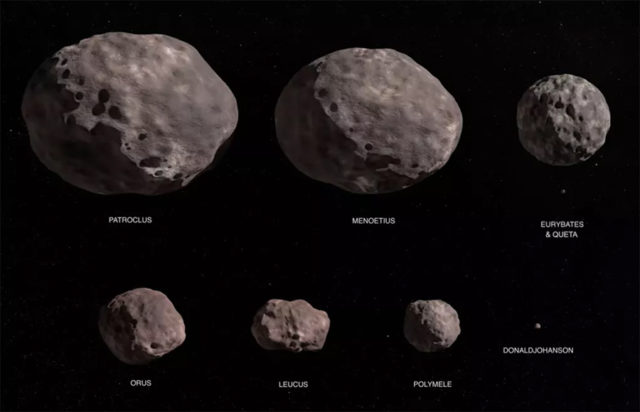 “Where will you be and what will you be up to in August of 2027? What about March of 2033?” Build your own Lucy Time Capsule with this NASA activity for all ages.

Mark these Lucy Mission Milestone dates on your calendar, and enjoy the mission summary video below.

Dec. 12, 2024 – Lucy has its second Earth flyby and gravity assist, sending the spacecraft out toward the Trojan asteroids.

Dec. 25, 2030 – Lucy has its third Earth flyby and gravity assist and then heads out toward the Trojan asteroids trailing Jupiter.

March 3, 2033 – Lucy flies by the binary pair Patroclus and Menoetius.

2033 and beyond – Lucy continues to orbit the Sun, passing through the alternating Trojan swarms for hundreds of thousands, if not millions, of years!” 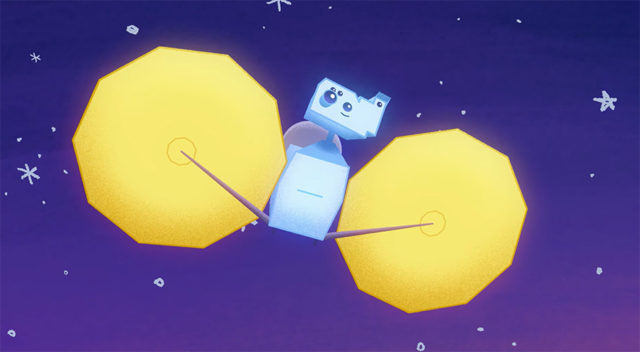 SpaceX: Falcon 9 & Dragon launch on a mission to the ISS

Postcards from Saturn: The incredible images that Cassini sent home