A drone tour of the National Museum of the U.S. Air Force (USAF)

Take a tour of the world’s largest military aviation museum with over seven minutes of mini quadcopter footage run backward and forward. First-person drone videographer Paul Nurkkala got the opportunity to film over, under, and sometimes through the exhibits at the National Museum of the United States Air Force (USAF) in Dayton, Ohio. 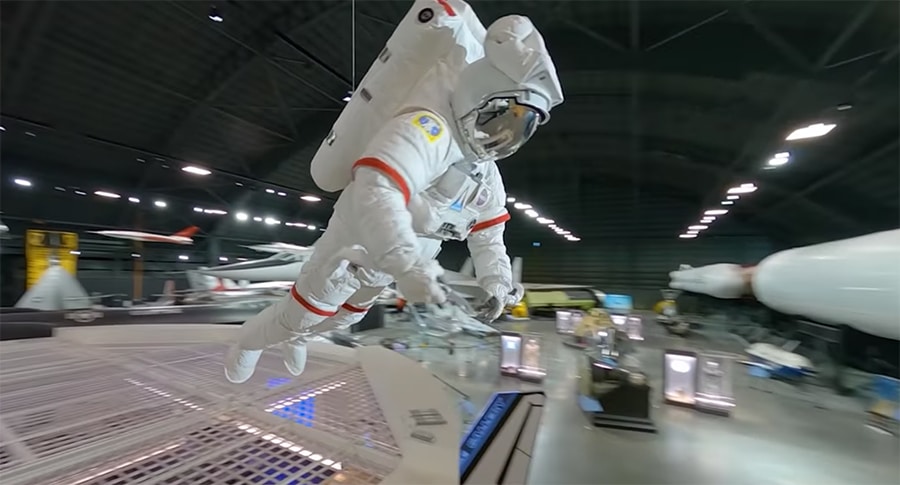 Featured pieces include the Apollo 15 Command Module, the Northrop B-2 Spirit, also known as the Stealth Bomber, and The Independence, a Douglas VC-118 that transported President Harry S. Truman from 1947 to 1953.

Watch these featured airplane, drone, and spacecraft videos next:
• Flying in a F-16 Fighter Jet with the USAF Thunderbirds
• Bessie Coleman, The First Female African American Pilot
• How a Space Suit Works, with astronaut Helen Sharman
• Artemis and How We Are Going to the Moon
• Flying a drone over Sudan’s 3,000 year old Nubian Pyramids
• Spanish Air Force jets land in formation, view from the 7th jet