“I’ve used a set of wooden blocks as a means of introducing or reviewing basic concepts about Newton’s laws of motion. The construction and use are very simple but illustrate very clearly force, mass, and acceleration are all related in the motion of objects.”

This demonstration video by science teacher Bruce Yeany, Newton’s Laws of Motion demonstrated with wooden blocks, not only shares how to build these simple demonstration tools but also shows some of the physics that can be observed. Yeany describes the homemade equipment in the video above:

“Each set consists of five blocks. They are five and a half inches long and will cut out of a two-by-four. Two of the blocks have eye hooks recessed into the side of it and rubber bands can be attached to those eye hooks…” 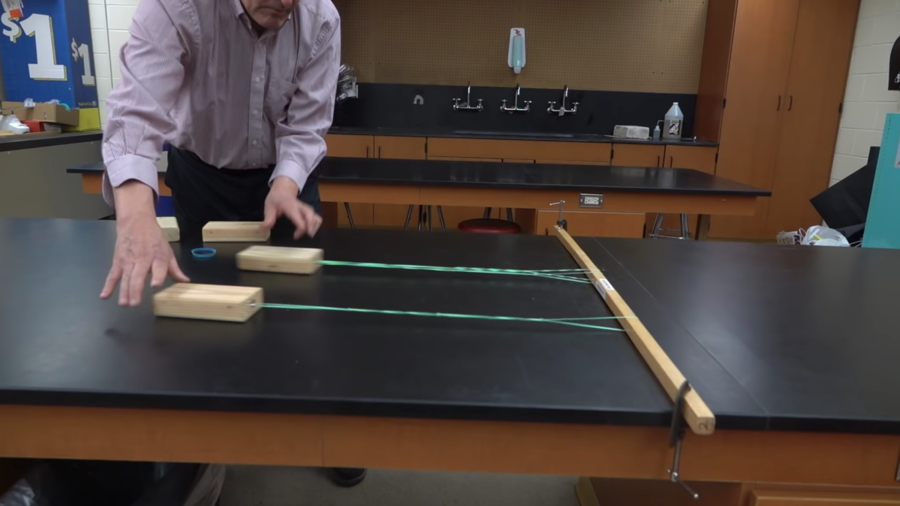 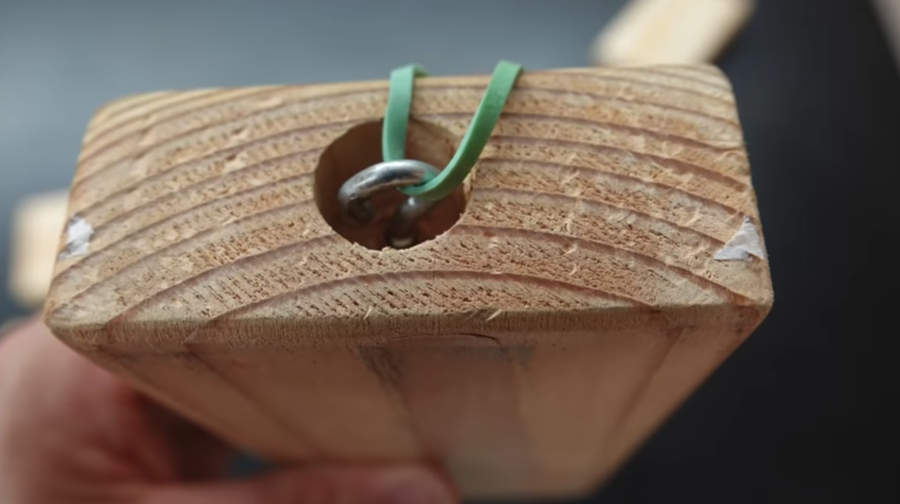 “So what I use these for, well I can do demonstrations with them where I can have students investigate for themselves. We can look at Newton’s Laws of Motion, momentum… we can also use them for demonstrating friction.”

Some of the wood blocks have dowels attached to them so that blocks can be attached with rubber bands, increasing their mass and friction. Yeany proceeds to demonstrate each law—inertia, force, action and reaction—as well as ideas for additional improvements to the experiments. 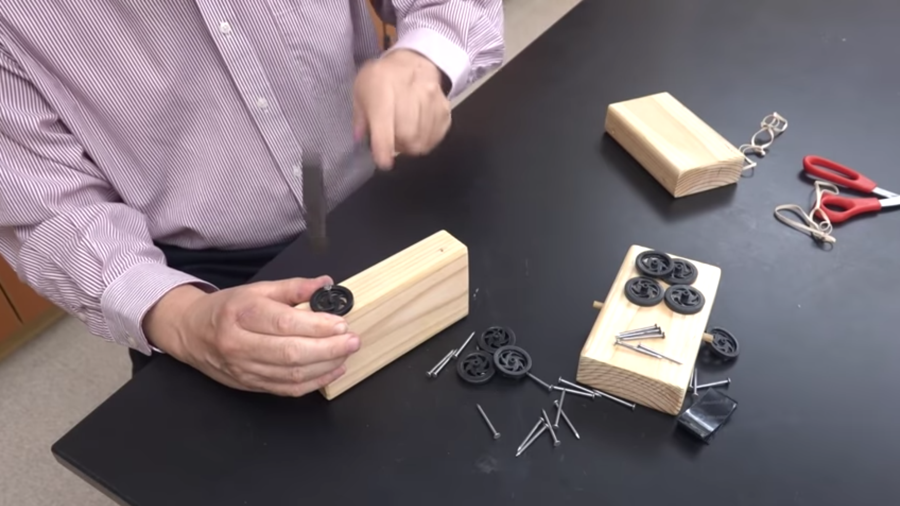 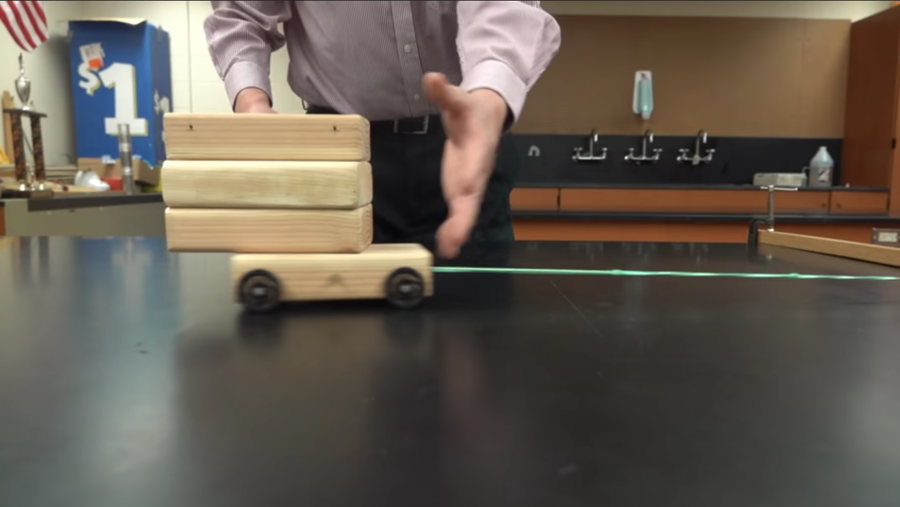 Watch this next: Newton’s Three Laws of Motion.

Plus, watch more videos from Bruce Yeany and more physics demonstration videos on TKSST, including:
• How to make DIY ramp walker physics toys
• Homemade marble track demonstrations
• How far would you have to go to escape gravity?
• Angular momentum demo with a Hoberman Sphere
• Spinning Bike Wheel and Conservation of Angular Momentum
• Circular motion demonstration with a sparkler and a hula hoop

The most amazing thing about domino chain reactions

The Coupled Pendulum, a physics demonstration

Speed up geologic time with a DIY squeeze box