What’s the story behind THAT camouflaged octopus? What octopus? Can you see it? 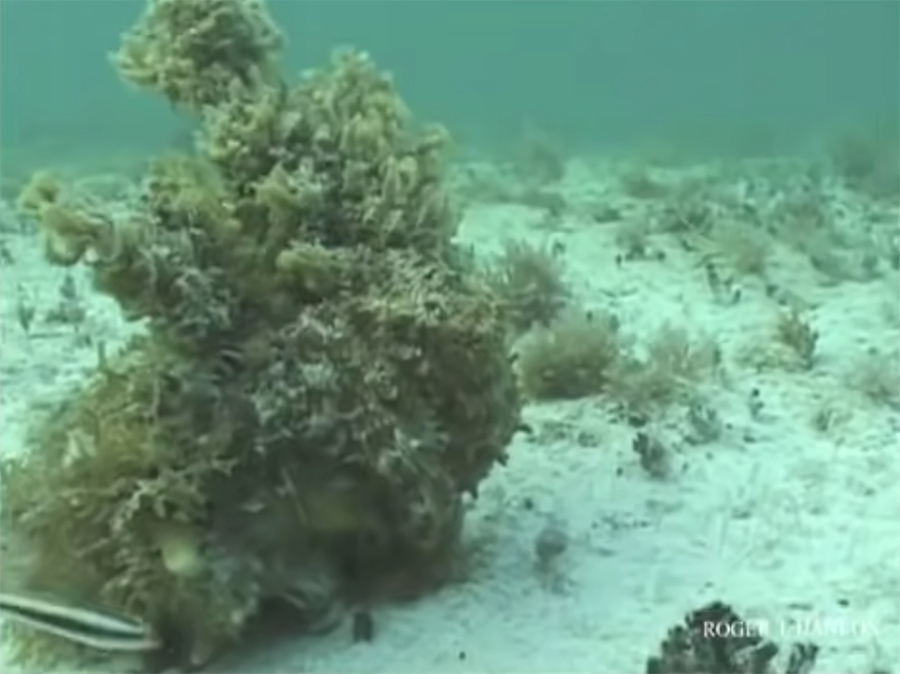 From Science Friday, Marine Biologist Roger Hanlon explains his Eureka moment, as well as the science of behind chromatophores and the famous animated gif. 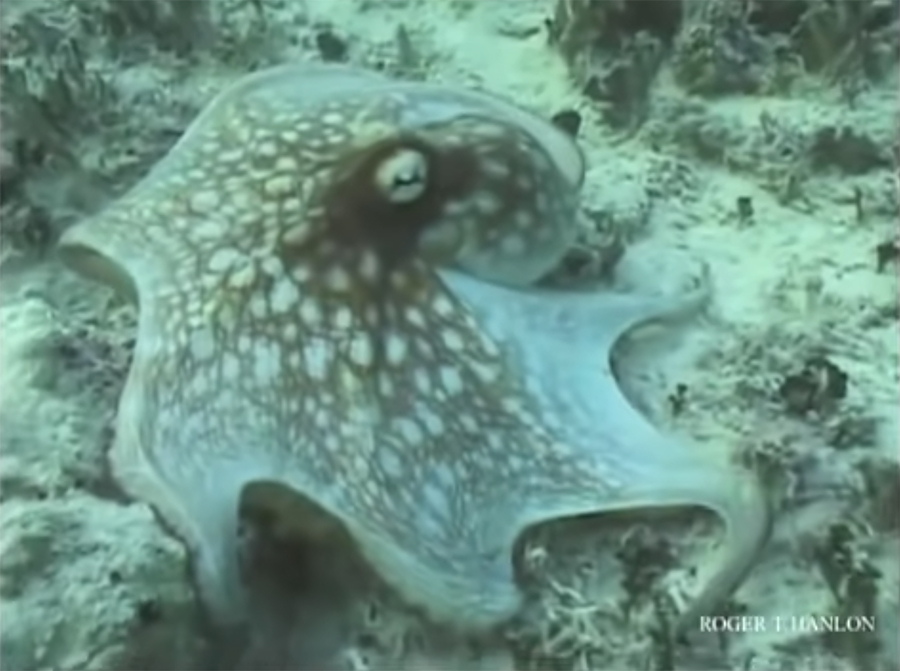 Update! Check out this awesome related video, filmed in 2015 by Jonathan Gordon: “This guy took me completely by surprise while snorkeling in the Caribbean. I dove down to have a look at the shell that you can see just under where the octopus appears and as I approached the octopus came out of hiding. I had literally no idea he was there until I was about a metre away.”