Optical Poem, an abstract piece of stop-motion history, was made in 1938 by German-born Oskar Fischinger, an avant-garde animator, filmmaker and painter. The familiar music is Franz Liszt’s Hungarian Rhapsody No. 2. From TCM.com:

“A modern audience may be unimpressed by such sights in an age of endless computer-generated, digital imagery; this film is a hand-crafted, analog mood piece that takes the viewer along on an abstract journey that can inspire any number of interpretations.”

“In his book Optical Poetry: The Life and Work of Oskar Fischinger, William Moritz takes a stab at it, writing that “the keen sensation of depth becomes a conceptual part of the action, with the circles that rotate around each other revealed as cosmic figures that could be either microscopic cells or stellar configurations….” 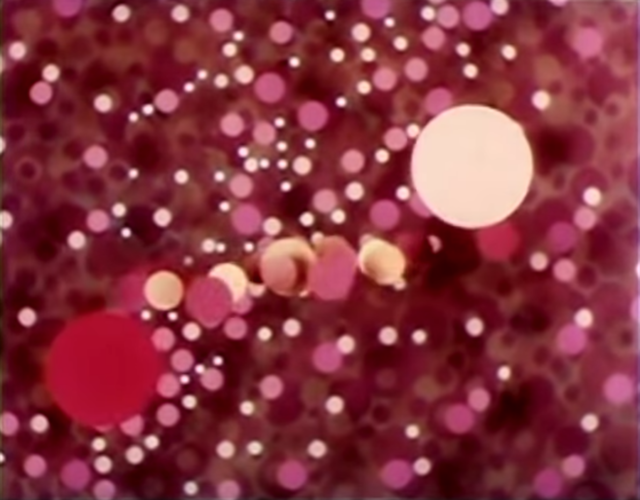 “This sort of stop-motion animation work is slow enough, but consider that Fischinger was not moving rigid metal model joints, but lightweight pieces suspended by thin lines and thus prone to sway he had to make sure each piece was steady before making his exposure. The artist used a broomstick with a feather attached at the end as a “steadier.”” 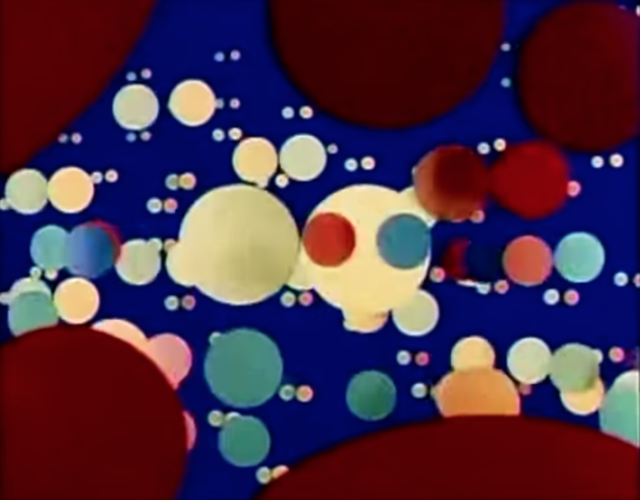 “Moritz further pointed out that ‘as in most of Oskar’s films, complex choreography often required a dozen figures to move simultaneously, some in the same direction, but others at a different angle or direction, so each exposure was slow and had to be carefully monitored.’ The phrase ‘carefully monitored’ is quite an understatement; a miscalculation could ruin a shot and lead to the scrapping of many hours of work.” 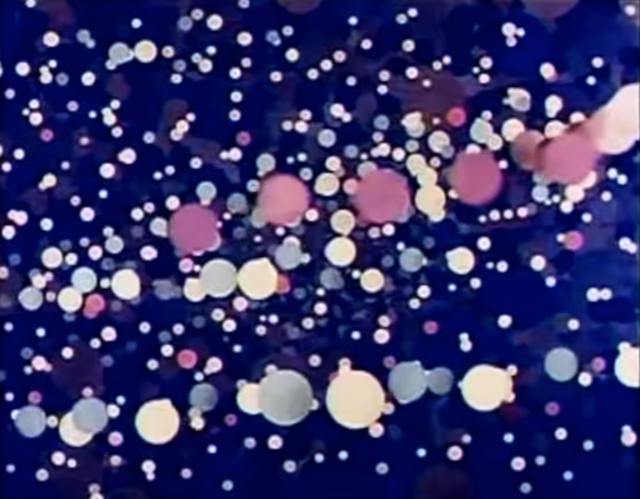 Previously on this site: abstract animated films by Norman McLaren and Art Clokey.

The Red Thread (赤い糸): A single line tells a story

The Dot and the Line: A Romance in Lower Mathematics (1965)