Clayton, Pascual, and Reed are three lucky otters who live in Zoo Knoxville‘s Clayton Otter Creek, a water habitat that opened in March of 2022. The three otters are animal ambassadors for promoting clean waterways, an essential conservation mission that includes encouraging the use of reusable water bottles and shopping bags instead of single-use plastics.

Zoo curator Melissa McGee talks about the playful otters and their new 17,000 gallon pool in the video above. Via the Knoxville Daily Sun:

“’Otters are one of the most beloved animals at the zoo, and we knew they were natural advocates for the health of our water systems,’ said Lisa New, CEO and President. ‘Our rivers and lakes are part of the fabric of our culture here in East Tennessee, but unfortunately, the Tennessee River has one of the highest microplastic concentrations ever recorded in a river worldwide. Pascal, Clayton, and Reed help us put our conservation mission into action by inspiring simple but impactful ways we can protect our waterways. The healthier our rivers are, the more opportunities for otter habitats there are.'” 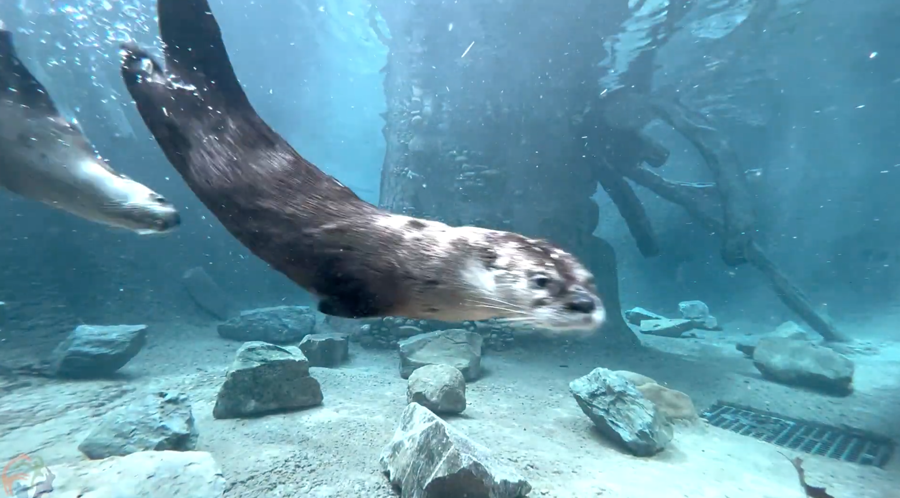 “North American river otters are a conservation success story. Once found in waterways throughout North America and Canada, they were extinct in Middle and East Tennessee by 1958 due to river pollution, habitat destruction, and unregulated hunting. In 1984, The Tennessee Wildlife Resources Agency (TWRA) began the first of a series of restoration programs, reintroducing otters in every major river system in the state until 1993. The otters thrived and were taken off Tennessee’s endangered species list in 1999.” 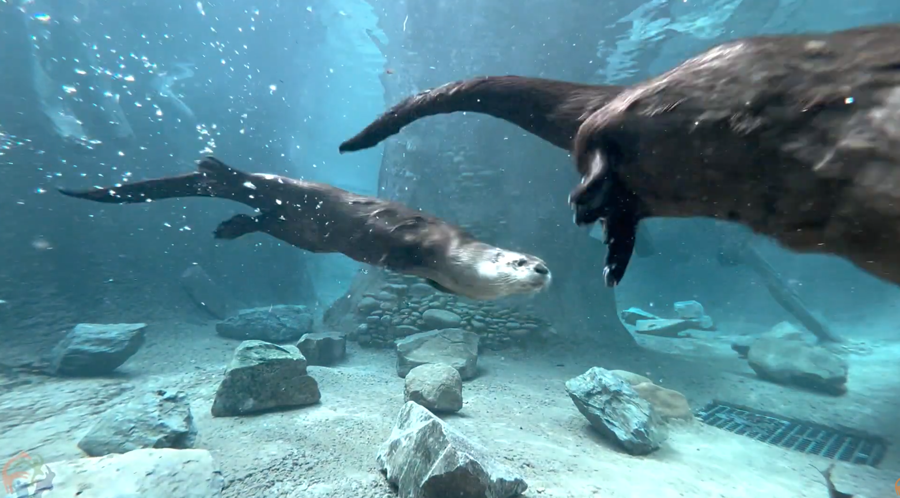 Watch these otter videos next:
• A baby river otter gets a swimming lesson from its mother
• The Fantastic Fur of Sea Otters – Deep Look
• Raising sea otter pups at the Monterey Bay Aquarium

Otters wrap themselves in kelp for safety

For sea otters, lounging around is the key to conserving energy

Eddie the Sea Otter plays basketball in the pool