Otters wrap themselves in kelp for safety

Kelp is a wonderous brown algae seaweed. It acts as an achor for sea otters to wrap themselves up in for safety, as seen in this ‘spy sea otter’ clip from BBC Earth. It’s also a nature-based tool for humans to repair our planet’s broken climate. From SeaOtters.com:

Despite their short lives by plant standards, kelps siphon huge amounts of carbon from the atmosphere—what scientists call “primary productivity.” They take carbon dioxide from the air and turn it into sugar fuel with the help of sunlight and water, releasing oxygen back into the air. “Their productivity is on par with a tropical rainforest in terms of the amount of carbon they turn over in a year,” says ecologist Chris Wilmers of the University of California, Santa Cruz… Unhindered by a lack of sunlight, water or nutrients as many plants on land are, kelp “just produces like crazy,” says co-author and biologist Jim Estes.

And how do sea otters help kelp?

Sea otters are considered a keystone species because of the crucial ecological role they play in maintaining the health and stability of the nearshore marine ecosystem. Without sea otters, sea urchins and other herbivorous invertebrates are left unchecked to graze through swathes of giant kelp forests, creating barren stretches of coastal habitat behind them that once served as nurseries for fish, seals and hordes of other sea life. 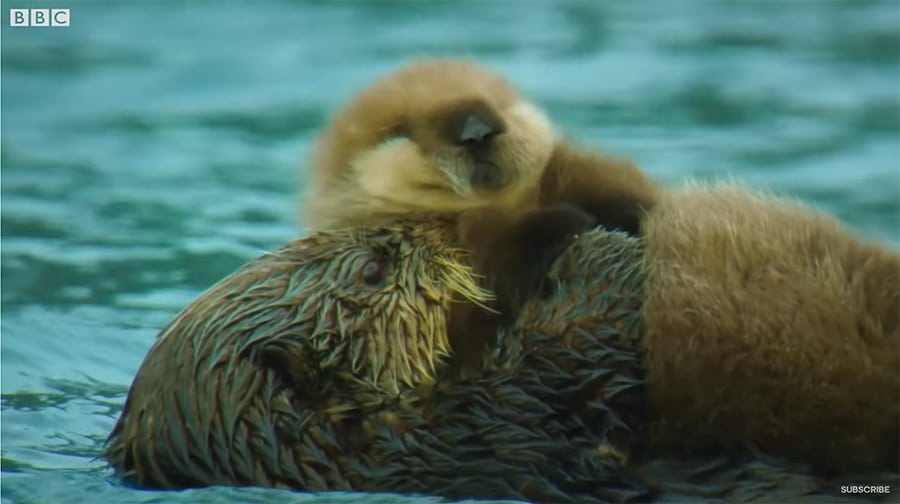 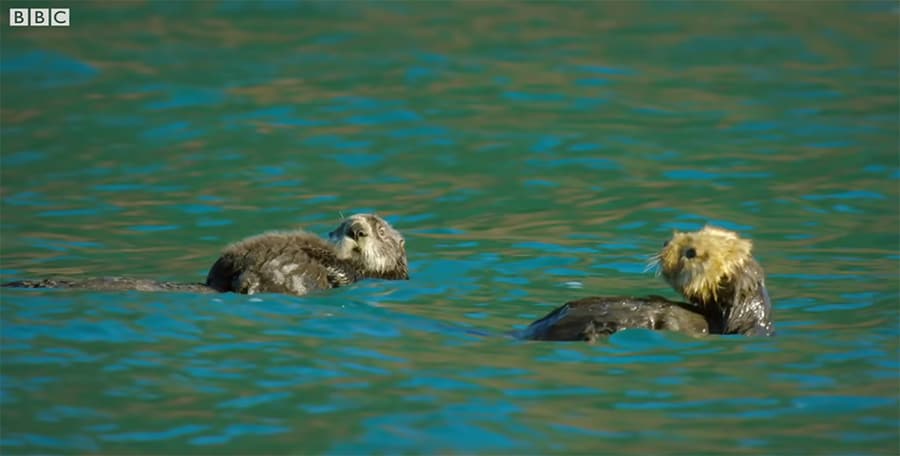 Read more about how kelp captures carbon at Harvard.edu: How Kelp Naturally Combats Global Climate Change. Plus, more about otter conservation from Wikipedia:

Sea otters, whose numbers were once estimated at 150,000–300,000, were hunted extensively for their fur between 1741 and 1911, and the world population fell to 1,000–2,000 individuals living in a fraction of their historic range. A subsequent international ban on hunting, sea otter conservation efforts, and reintroduction programs into previously populated areas have contributed to numbers rebounding, and the species occupies about two-thirds of its former range. The recovery of the sea otter is considered an important success in marine conservation, although populations in the Aleutian Islands and California have recently declined or have plateaued at depressed levels. For these reasons, the sea otter remains classified as an endangered species. 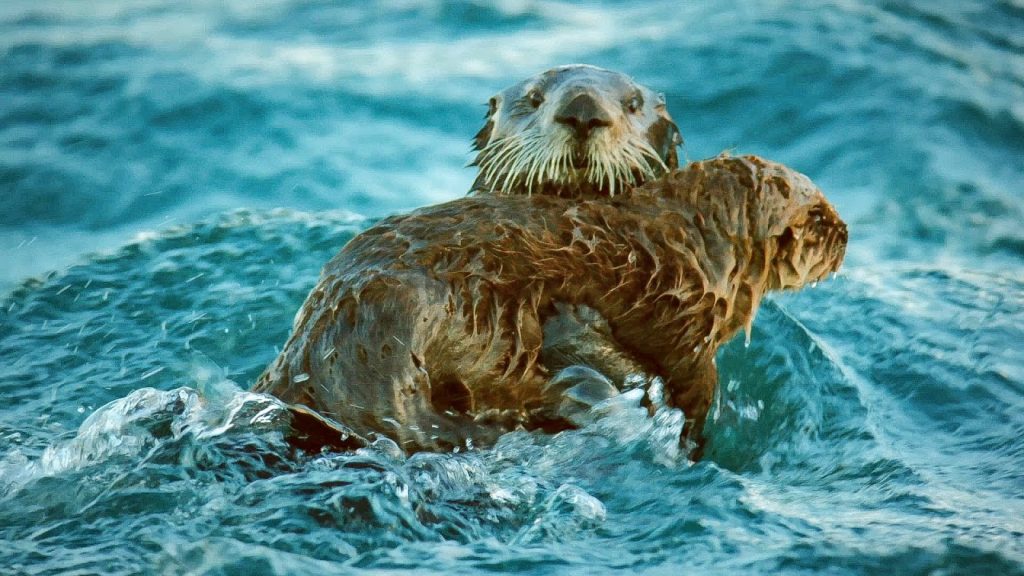 Next: How can nature be used as a tool to restore ecosystems?

Then watch related videos on TKSST:
• For sea otters, lounging around is the key to conserving energy
• The Fantastic Fur of Sea Otters
• Raising sea otter pups at the Monterey Bay Aquarium
• The animatronic animals of Spy in the Wild

The Landfill – Different kinds of trash as harvestable resources