“You know that in mime,” Marcel Marceau explains in this short film’s brief introduction, “we recreate objects which are not there.” He continues:

“We make the invisible visible, and the visible invisible. And the stage becomes, suddenly, what we want the stage to be.”

A performer, an artist, and the most famous mime in the art form’s history, Marceau excelled in the craft of pantomime for over six decades. His silent character ‘Bip the Clown’ is a French icon and a figure of hope. 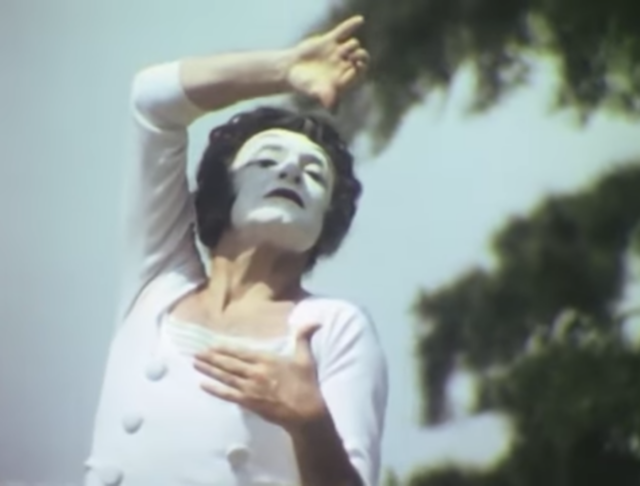 The short above, The Painter, is one of 14 films by filmmaker John Barnes that documents performances from Marceau’s repertoire. This one, unlike many of the others, is filmed outdoors in New York City’s Central Park. Minimal sound effects help tell the artist’s story. 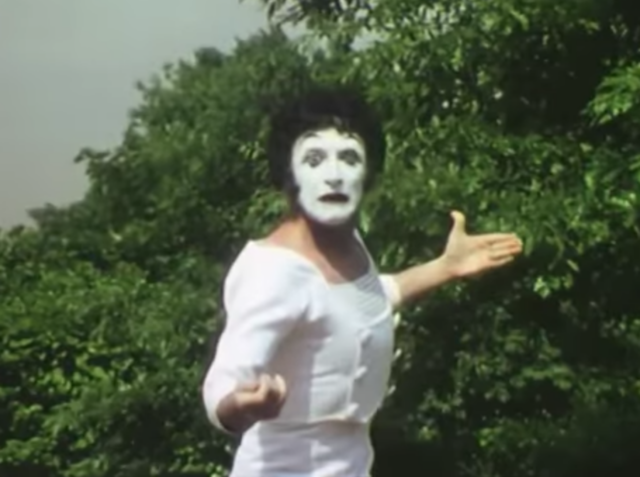 What is Bip doing with each of the movements he makes in the film?

Previously on TKSST: The Maskmaker (1975) by Marcel Marceau.