Who carved these mysterious giant drawings in the Peruvian desert?

“The Nazca were an ancient group of farmers and fishermen that used desert plateaus as a canvas for giant geoglyphs. But some of these drawings pre-date the Nazca. Who created them and why?” 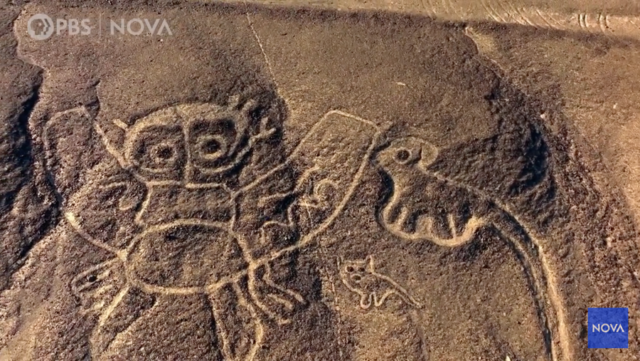 This Nova PBS video explores the giant drawings and incredibly well-preserved textiles of the Paracas culture. 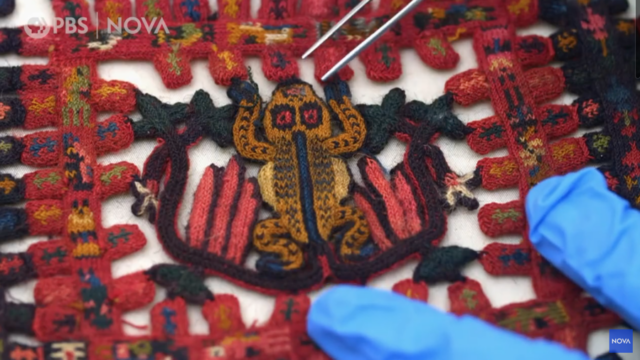 “Many of the Paracas images strongly resemble the newly identified hillside geoglyphs found in the Nasca region. It suggests the desert figures were created by the Paracas.

So what happened to the Paracas? Bioarcheologist and forensic anthropologist Elsa Tomasto Cagigao looked to DNA for an answer… and got a surprise.”

Learn more about “one of the world’s greatest ancient enigmas” with the full PBS Nova documentary on YouTube: Nazca Desert Mystery. 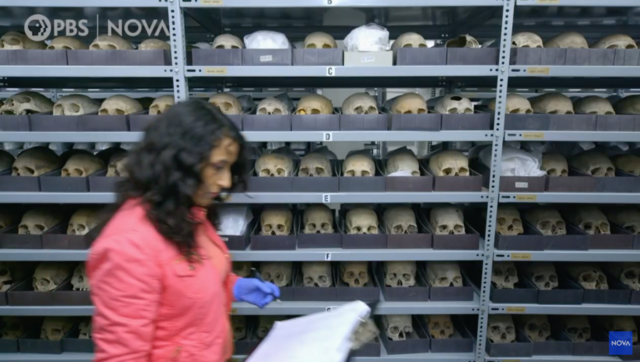 “Intensive study of the geoglyphs and comparison with other manifestations of contemporary art forms suggests that they can be divided chronologically from the Middle and Late Formative (500 BC – 200 AD) to the Regional Development Period (200 – 500 AD), highlighting the Paracas phase (400 – 200 BC) and the Nasca phase (200 BC – 500 AD). There are two categories of glyphs: the first group is representational, depicting in schematic form a variety of natural forms including animals, birds, insects, and other living creatures and flowers, plants, and trees, deformed or fantastic figures and objects of everyday life. There are very few anthropomorphic figures. The second group comprises the lines, which are generally straight lines that criss-cross certain parts of the pampas in all directions. Some are several kilometres in length and form designs of many different geometrical figures – triangles, spirals, rectangles, wavy lines, etc. Others radiate from a central promontory or encircle it. Yet another group consists of so-called ‘tracks’, which appear to have been laid out to accommodate large numbers of people.” 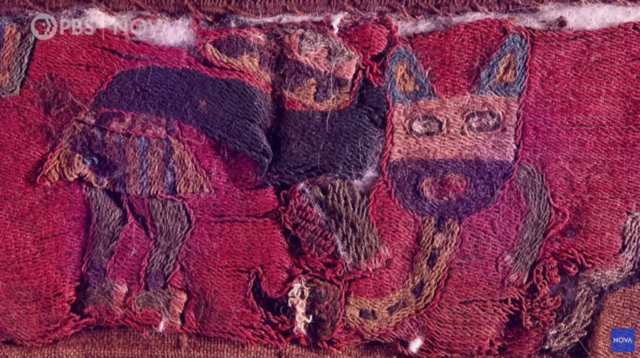 Watch these Peru-related videos next:
• How Scientists and Citizens Are Protecting Ancient Ruins in Peru
• The rise and fall of the Inca empire
• Golden Kingdoms: Luxury & Legacy in the Ancient Americas

The rise and fall of the Inca empire

How Scientists and Citizens Are Protecting Ancient Ruins in Peru

Butterflies that drink turtle tears for the salt content

Butterflies mud-puddling in the Amazon