The Peacock Clock at The State Hermitage Museum

Built in the late 18th-century, The Peacock Clock at The State Hermitage Museum in Saint Petersburg, Russia is a stunning work of art and engineering by London jeweler, goldsmith, and craftsman James Cox. It’s a 3-meter (10-foot) tall automaton made in gilded bronze and silver. 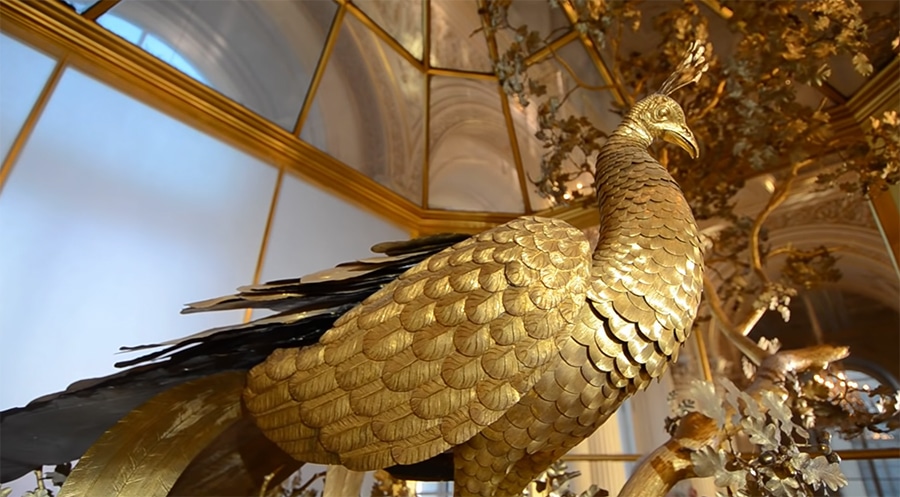 The figures of a peacock, cockerel and owl that form part of this elaborate timepiece-automaton are fitted with mechanisms that set them in motion…

The creation of mechanical birds had long been of interest to inventors: back in the Ancient World figures of “singing” birds had been used to embellish clepsydras – water clocks. In the 18th century, the makers of automata tried to create a system that would enable their birds not only to sing, but also to behave as if alive, and they made them life-size. 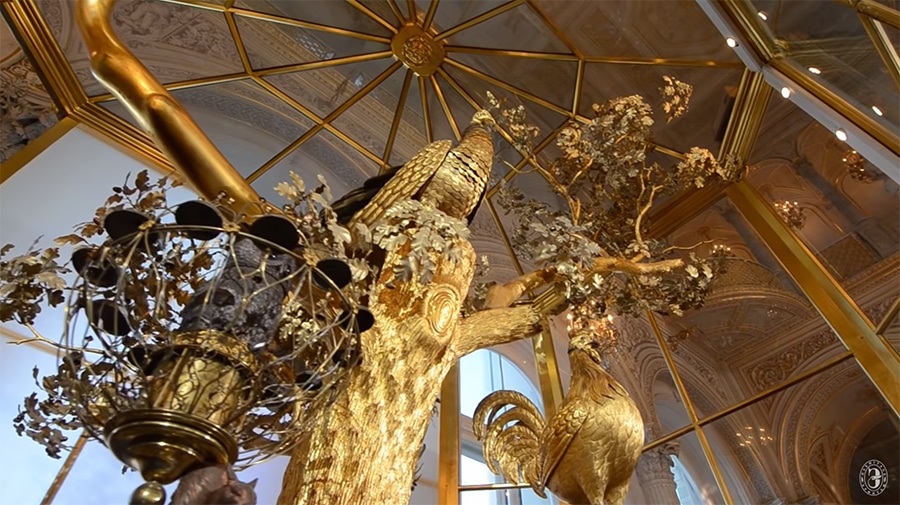 The Peacock Clock has been at the Hermitage since 1797, twenty years after Russian statesman Prince Grigory Potemkin commissioned Cox to create an impressive automaton for Catherine II, Empress of Russia from 1762 until 1796. Every Wednesday, when the museum is open, “the magic birds in the enchanted garden come to life” with bells, naturalistic motions, opening tail feathers, and a rather surprising cockerel call. 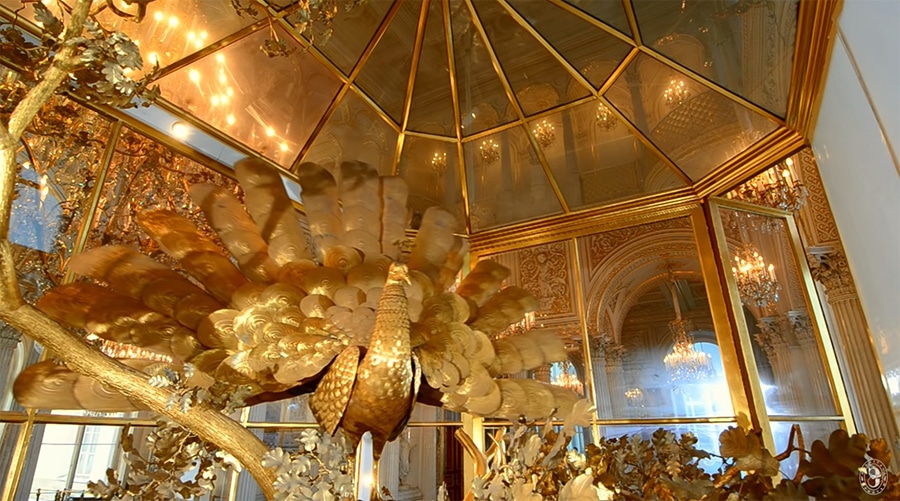 See another incredible bird automaton in which James Cox had a hand: John Joseph Merlin’s Silver Swan, an 18th-century automaton at the Bowes Museum.

The Writer, a drawing machine automaton by Pierre Jaquet-Droz

Tantalus Mackerel and a School of Fish automata