Penguin babies, specifically Emperor Penguin babies in Antarctica, take their first steps in this clip from The March of the Penguins, narrated by Morgan Freeman. 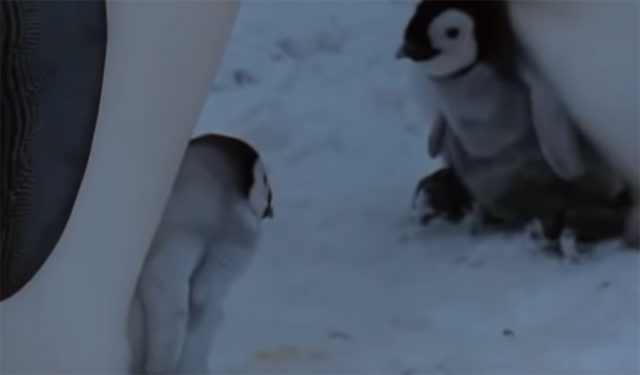 Originally uploaded in 2012, the video is low resolution, but this later clip from the BBC’s Snow Chick: A Penguin’s Tale, shares similar penguin chick experiences. Watch it below.

“An enchanting moment as Snow Chick slips and slides as he takes his first tentative steps on the ice. His problems continue when he tries to make friends with the bigger chicks.

“Narrated by Kate Winslet, Snow Chick – A Penguin’s Tale tells the story of an emperor penguin chick’s first precarious months of life as it grows up in the world’s most extreme nursery.

“Emperor penguins are the only animals to breed in the Antarctic winter, and after months of blizzards and temperatures of -60C, male emperor penguins are watching and waiting for their chicks to hatch. Snow Chick is the last to emerge into this harsh, frozen world.” 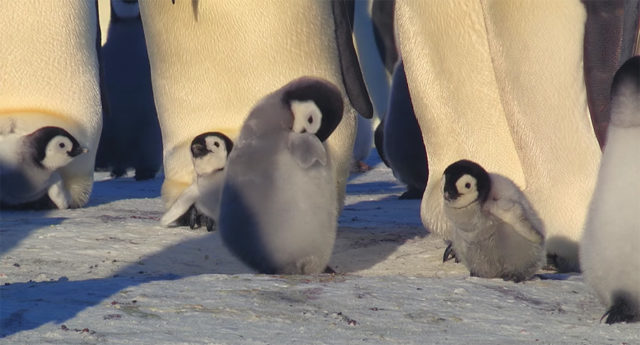 “As he takes his first steps, he tries to fit in with the baby penguin gang, but when you are so small, it is hard to be accepted by the bigger chicks. Soon, he ventures too far from his mother for comfort and gets lost in a storm. Later, he is chased by chick-snatching penguins and escapes a scavenging petrel by the fluff of his back – all the while slipping and skating on treacherous ice.”

Watch more videos of penguins and more animal babies on this site.

The Benefits of Boredom

Snow chicks venture onto the ice and into the huddle