To ascend a flight of stairs, only to realize that you’re somehow doing the impossible: circling back around over and over again. This is what happens on Penrose stairs, a continuous staircase that appears to ascend, but somehow loops instead.

In Penrose (2018), an animated short by CalArts alum and Cartoon Network story artist Kris Stanton, a hiker is faced with this impossible conundrum. 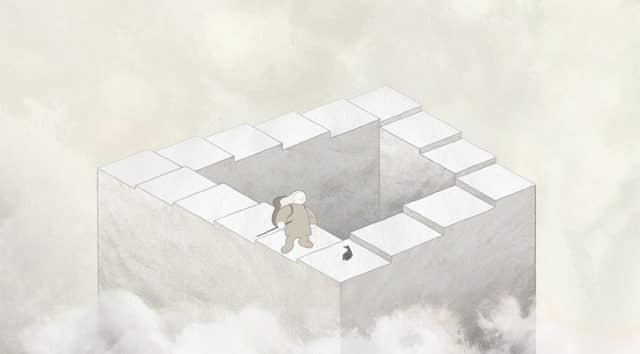 The “continuous staircase” was first presented in an article that the Penroses wrote in 1959, based on the so-called “triangle of Penrose” published by Roger Penrose in the British Journal of Psychology in 1958. M.C. Escher then discovered the Penrose stairs in the following year and made his now famous lithograph Klimmen en dalen (Ascending and Descending) in March 1960. Penrose and Escher were informed of each other’s work that same year. Escher developed the theme further in his print Waterval (Waterfall), which appeared in 1961. 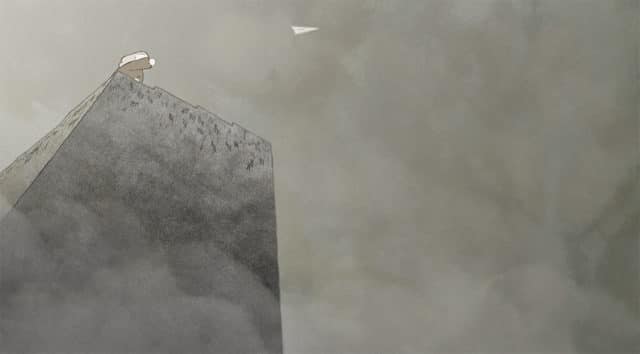 Related reading: Penrose triangle. Related playing: Monument Valley. Where else have you seen impossible forms like these?

Watch these videos next:
• How to draw a Penrose Rectangle an other impossible objects
• 3D Schröder Staircase, 2020’s Best Illusion of the Year
• Ambiguous Cylinder Illusion by Kokichi Sugihara

The Best Frozen Ham Sandwich According to a Fish

Raccoon and the Light

Quirkology’s 10 Amazing Optical Illusions (and how to make them)

Preposterous – A short about absurdity