The Pink Iguana of Galapagos

One of Galapagos’ most recently described species is also one of its genetically oldest. Pink iguanas are not just a different colour from other land iguanas; they are a completely separate species. There are only around 200 left, and they are confined to the slopes of Wolf Volcano on Isabela, making them one of the most vulnerable species in Galapagos, as the volcano is still active.

First spotted and described by National Park rangers in 1986, it wasn’t until 2009 that the pink iguana was officially classified as a separate species to the other land iguanas on Galapagos as initially it was passed off as an oddity. Further genetic analysis suggests that the divergence happened 5.7 million years ago, making it one of the oldest events of divergence recorded in Galapagos.

Learn more about the critically endangered Galápagos Pink Land Iguana (Conolophus marthae) in this BBC clip from Mission Galapagos. Host Liz Bonnin accompanies a team of scientists who are gathering data on the health of the animals. Their goal: To learn more about what helps the iguanas thrive. 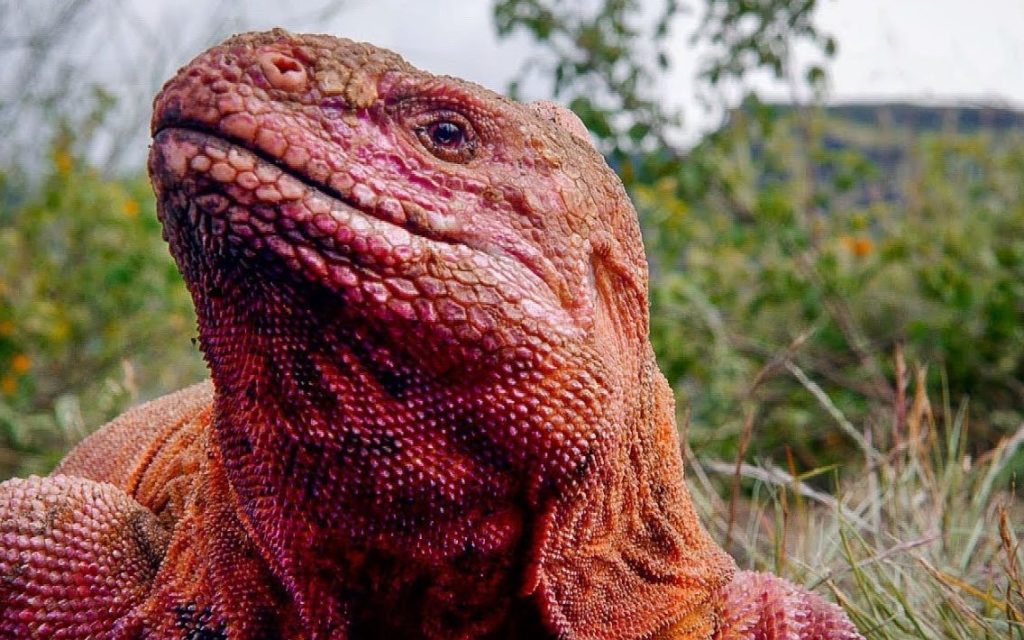 Watch this amazing video next: Swim Alongside a Galápagos Marine Iguana. Then Tour the Galápagos Islands’ new marine sanctuary.