A nesting pink-necked green pigeon and its squab

In 2019, nature enthusiast Lilian Sng got a tip that there was a nesting pink-necked green pigeon near where she lives in Singapore. Upon searching, she was able to get incredibly clear footage of the brightly-colored parent and its squab. The Guardian describes the species:

A bright orange breast. Smart lime-green trousers. A blush-rose neck and yellow-tipped olive wings, with indigo accents at the edges.

This is a good bird with large magenta eyes; it is majestic, strong and brave.

Sng’s four-and-a-half-minute video, accompanied by music, documents the pink-necked green pigeon pair up close. It looks like the squab is feeding on crop milk, a “thick milky goop” that both male and female pigeon parents produce in “a sac-like structure at the base of a bird’s neck”. 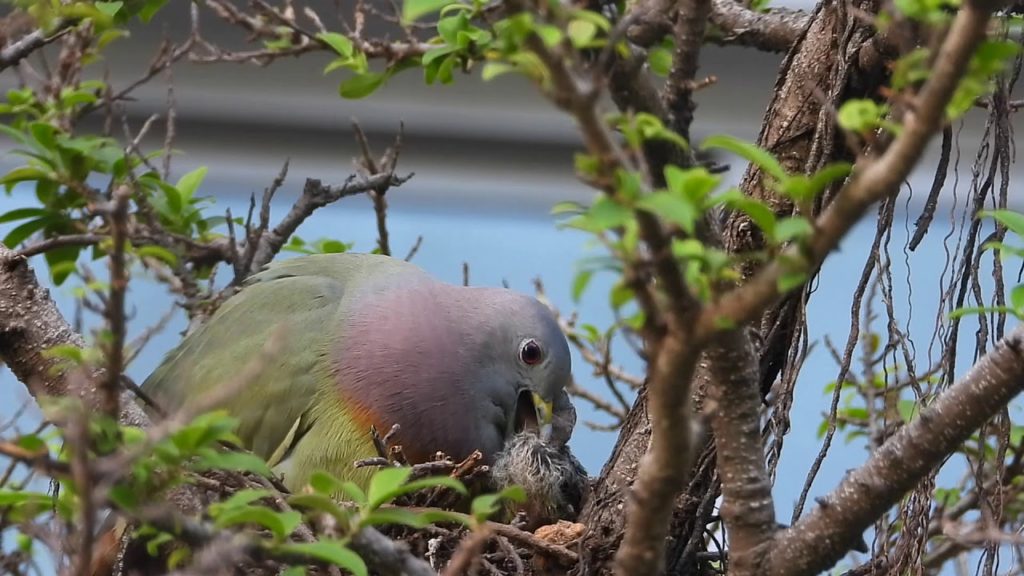 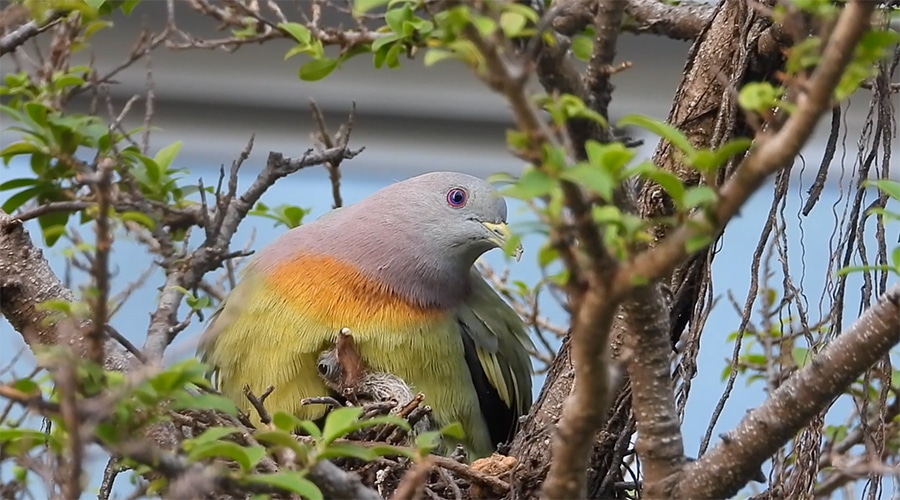 Learn more about the species with Wikipedia:

The pink-necked green pigeon (Treron vernans) is a species of bird of the pigeon and dove family, Columbidae. It is a common species of Southeast Asia, found from Myanmar and Vietnam south through to the major islands of Indonesia and the Philippines (where it is called “punay”). It is a medium-sized pigeon with predominantly green plumage; only the male has the pink neck that gives the species its name.

The species lives in a wide range of forested and human-modified habitats and is particularly found in open habitats. Its diet is dominated by fruit, in particular figs.

Pairs lay two eggs in a flimsy twig nest in a tree, shrub, or hedge, and work together to incubate the eggs and raise the chicks. The species is thought to be an important disperser of fruit seeds. The species has adapted well to human changes to the environment, and can be found in crowded cities as long as fruiting trees are present. It is not considered to be at risk of extinction. 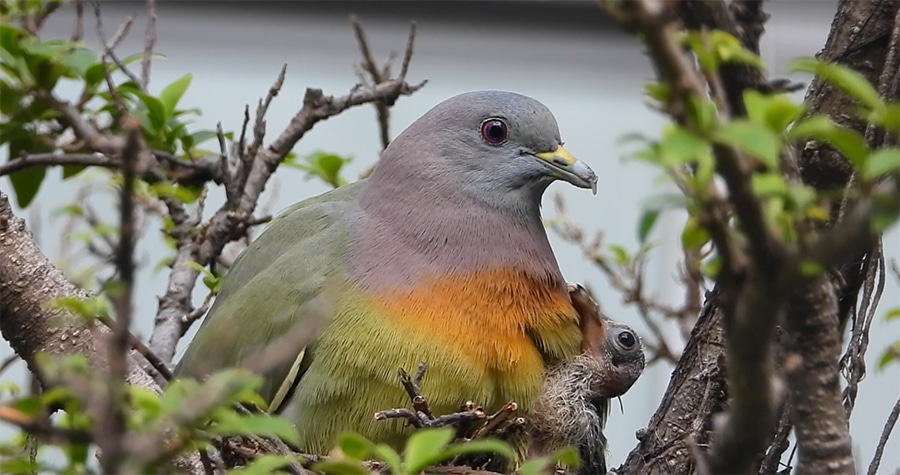 Pink-necked green pigeons came into online attention after science writer and Bird and Moon creator Rosemary Mosco confirmed the species’ colorful existence, tweeting, “Is it a pigeon or a dove? The answer is: Yes.”

Watch these related feather videos next:
• How do baby flamingos become pink?
• Up-close with leucistic white peacocks
• The Cornell Lab of Ornithology‘s Birds of Paradise project
• How do we know what color dinosaurs were?