Polynesian arrowroot (Tacca leontopetaloides) is a yam-like, tuber-bearing plant that grows wild in some regions of Australia. Brought to the continent by Polynesian seafarers during the Austronesian expansion, around 5,000 BP, it can be turned into flour and a variety of puddings. This Primitive Technology video demonstrates how. From the video notes:

I gathered polynesian arrowroot, grated it, extracted and dried the starch and cooked it into gelatinous, pancake shaped food that tasted like rice noodles… The tubers are rich in starch but have a bitter compound that needs to be leached out with water to be made edible. This same compound is traditionally a medicine in small quantities for treating a range of illnesses from gastrointestinal upset to snake bite. 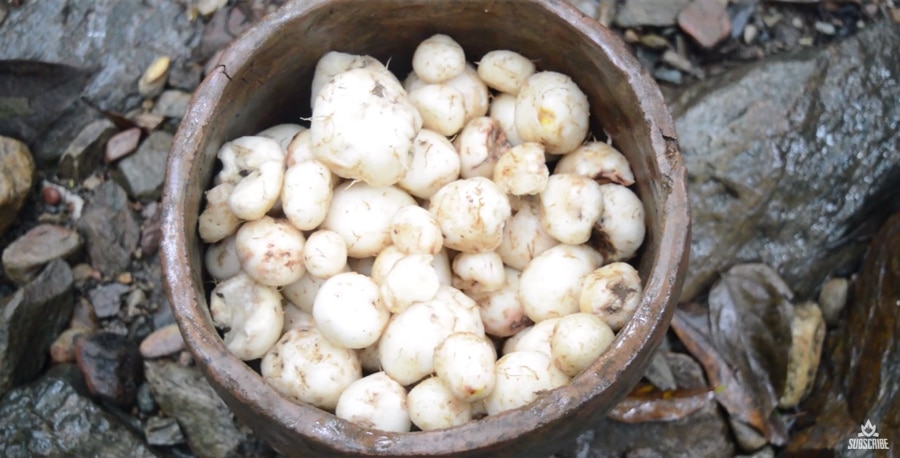 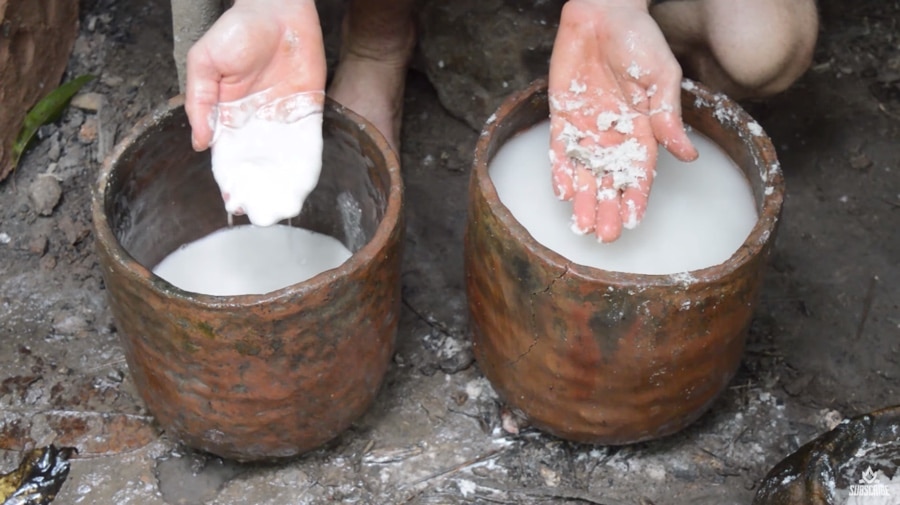 When it tasted good, the paste was put onto a tile to dry over a fire. Some of it cooked and became small rubbery pieces of starch. The dry flour was stored in a pot. Some of this was then mixed into a paste and cooked on a tile like a pancake. It turned clear when cooked and has a rubbery texture. It tasted just like a rice noodle which is unsurprising considering the ingredients are nearly the same.

Starch is the largest carbohydrate in the human diet. Polynesian arrowroot starch contains 346 calories per 100 g (wheat contains 329) and so the discovery of this staple food is fairly significant. It can be stored indefinitely if kept dry and away from weevils or can be stored as live tubers for six months (then they begin to sprout and should be planted). The live tubers bitterness means animals will not eat them which is good for storage. I may cultivate some in a small plot in the hills near where I dug them up. They are numerous in the wild but may produce more if the soil is tilled.

Watch these videos next: Demolishing an old hut to plant cassava and yams and Sweet potato vs. yam: What’s the difference?

There’s no such thing as vegetables – Sci Code

The Secret History of Dirt, a smart soil explainer for all ages