Born to enslaved parents in Prince Edward County, Virginia on August 10, 1854, James Conway Farley became the country’s first prominent African American photographer, winning awards for his work, as well as enduring the adversities and discriminations of the era.

Owner of the Jefferson Fine Arts Gallery by 1895, he had worked for decades to create beautiful photographs, much in demand by Richmond, Virginia clientele of all backgrounds. From BlackPast.com:

In 1875 Farley became an operator for G.W. Davis Photography Gallery, where he was given work autonomy rare to most African American at this time. Farley was able to set up the scenes for his photos and develop them. As the only black operator at the gallery, the four white operators were furious at his employment, skills, and success. They threatened to leave the gallery unless the proprietor, Davis, fired Farley. Noticing the disgruntlement among his coworkers and not wanting to harm Davis’ business, Farley offered to step down. Davis, however, acknowledged Farley’s great skill and dismissed the four white operators, while keeping Farley.

Farley stayed at the Davis Gallery for twenty years, becoming the chief operator and helping the gallery become one of the most successful in the South. 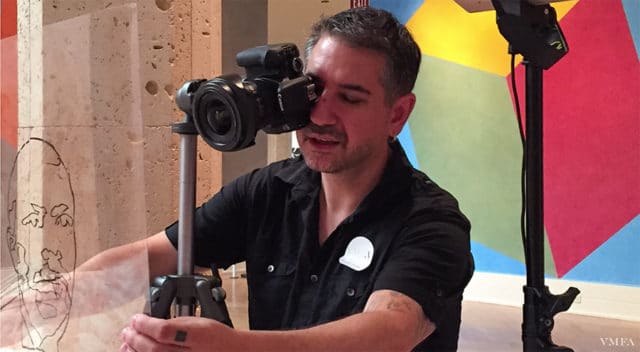 In June 2016, a huge anamorphic portrait of J. C. Farley was installed at the Virginia Museum of Fine Arts by artist Noah Scalin. His work is created with everyday, mass-produced items (like thrift-store clothing) to bring attention to subjects that are “normally taken for granted, overlooked or discarded.” 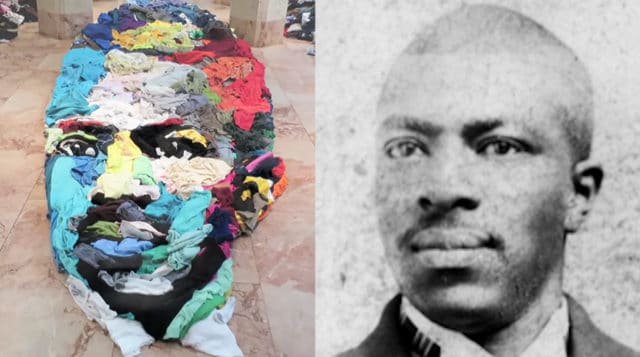 The Writing’s on the Wall – OK Go

The mathematics of sidewalk illusions