Powers of Ten, updated with today’s science and technology

“In 1977, Charles and Ray Eames, hugely influential American designers, released one of the most elegant and creative pieces of science communication of modern times: Powers of Ten. It took the viewers on a journey from a picnic blanket near Lake Michigan to the edge of the known universe and back again.

“Over 40 years later, as a humble homage to this groundbreaking film, we’re going to take a similar journey through time and space, and see how our understanding has changed along the way.”

Watch Powers of Ten, the Eames film that was inspired by the 1957 book Cosmic View: The Universe in 40 Jumps by Kees Boeke.

Then revisit the Powers of Ten concept, updated with today’s scientific knowledge from our satellites, the International Space Station, the Solar Dynamics Observatory, the Voyager program, the Gaia Spacecraft, the Hubble Space Telescope, and so many other incredible technologies that have illuminated the night sky and our imaginations. 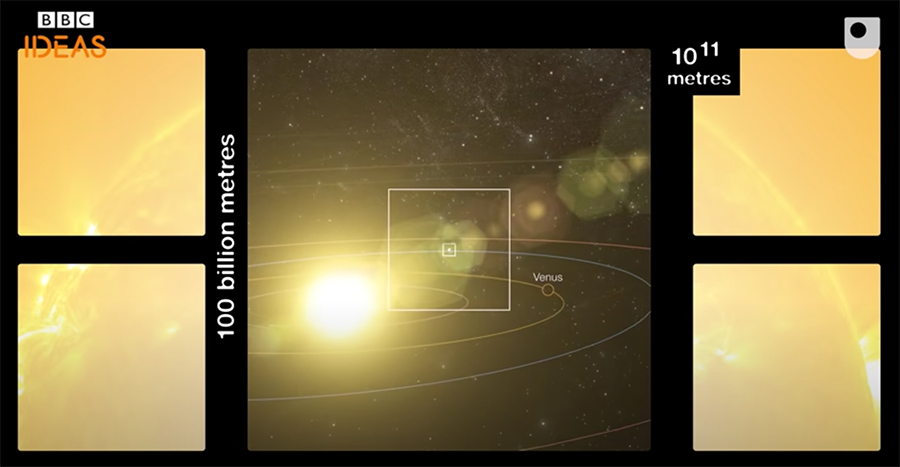 In this BBC and Open University collaboration, Professor Brian Cox narrates the outward expanse of this journey, traveling into “the deepest depths of space over ten billion light-years away.” 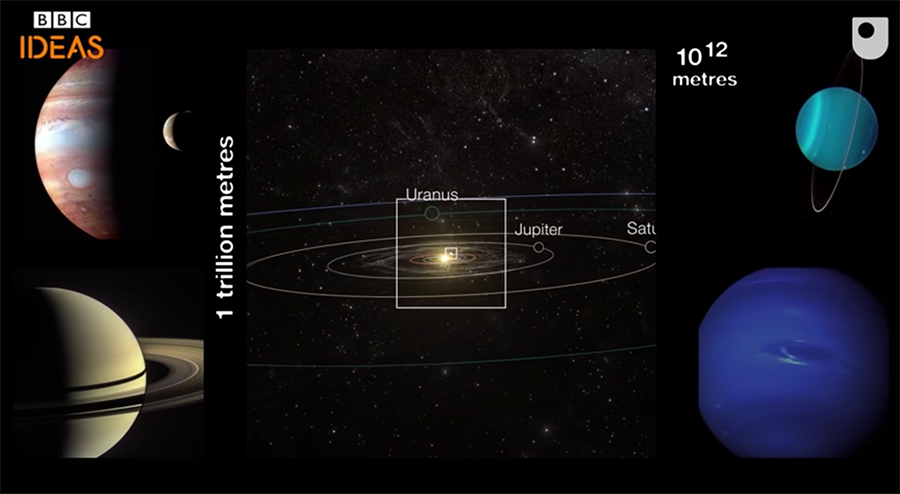 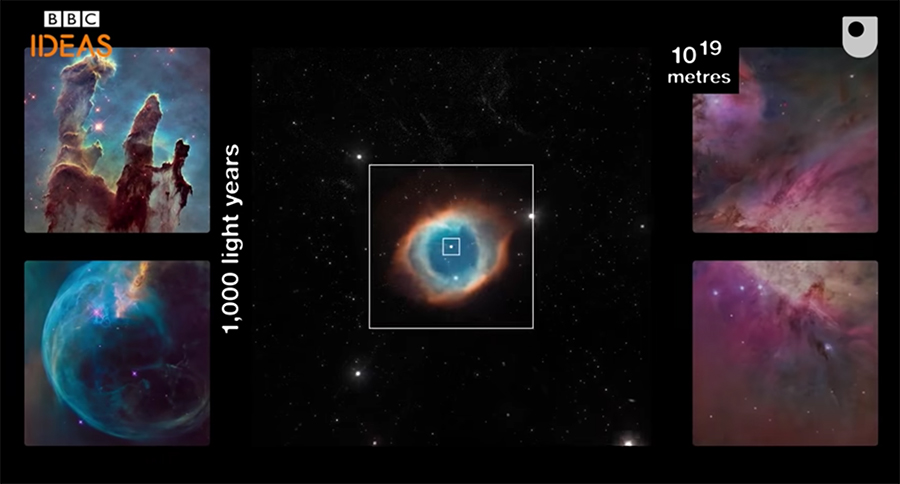 Watch more Eames-related videos, as well as Eva Szasz’s Cosmic Zoom, a film made nine years before Powers of Ten.

Then watch these space selections on TKSST:
• Solar System, Milky Way, Laniakea: Our home supercluster
• How Far Can We Go? Limits of Humanity
• The 1995 Hubble photo that changed astronomy
• Voyager at 40: Humanity’s ambitious expedition into interstellar space
• This Is A Film About The James Webb Space Telescope
• Planet and star size comparisons from smaller to larger
• A 2.5-minute tour of the galaxy

The Large and Small Magellanic Clouds