There are no words spoken in this video, but there’s still a lot of verbalization going on. Spend two minutes listening to prairie dogs squeak in the Badlands, South Dakota’s national park of wide open prairies. The footage was captured by Kevin Kjergaard for CBS Sunday Morning.

Badlands National Park has lots of information about these adorable yipping creatures. A few snippets:

In the 1800s, white settlers expanded into the American west, a home to countless forms of wildlife and to the many Native Americans who lived in the west for several generations. Due to the Homesteading Act and Dawes Act, much of the land settled by Euro-Americans was put towards agriculture and ranching… prairie dogs were viewed with hostility. 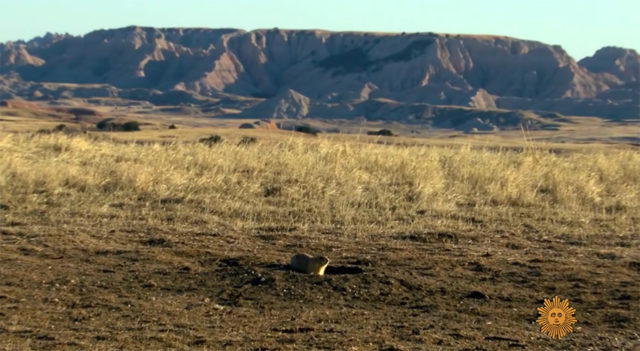 A prairie dog’s life includes many different activities. Their days are typically spent eating, keeping an eye out for predators, building new burrows, or maintaining existing ones…

One unique aspect of prairie dog life is communication. Some scientists believe that prairie dogs have one of the most complex animal languages ever decoded. Although a prairie dog’s “bark” may sound like a simple squeak or yip to us, it means much more to a prairie dog’s ear! On a basic level, prairie dogs can signal different threats. For example, they can communicate the difference between a coyote and a domestic dog. In fact, scientists think that prairie dogs may have developed such complex language from a need to respond to a diverse array of predators, all with different hunting strategies. In addition to identifying specific threats, prairie dogs can further communicate size, shape, color, and speed. A prairie dog can say so much more than, “A human is approaching!” They can get as specific as, “A tall human in a blue shirt is approaching rapidly!” 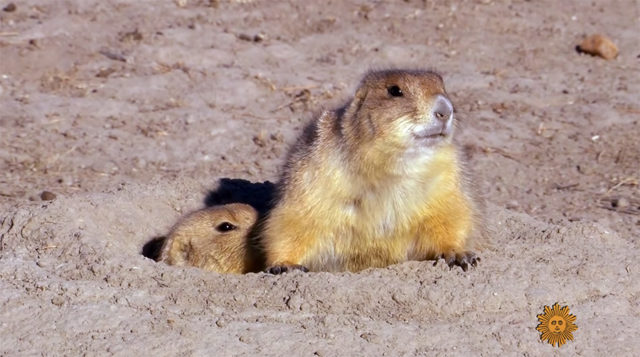 Watch this next: Decoding the language of Prairie Dogs: America’s Meerkats.

How to Speak Chimpanzee

How Joe Hutto parents and talks with wild turkeys

How do bison help fight against climate change?