Dutch student Esmée Kramer created a life-like dinosaur costume from PVC pipe and foam. She built it in her spare time between work and her Network & Systems Engineering (“Robots, networks and programming and stuff”) studies. She explains:

I chose to go with PVC pipes because they’re cheap and light. Plus they’re easy to work with. Through heating you can bend them and sort-of fold them around another pipe, thus creating a rotatable point. By using a combination of 5/8 inch and 3/4 inch pipes you can easily fit separate parts together. 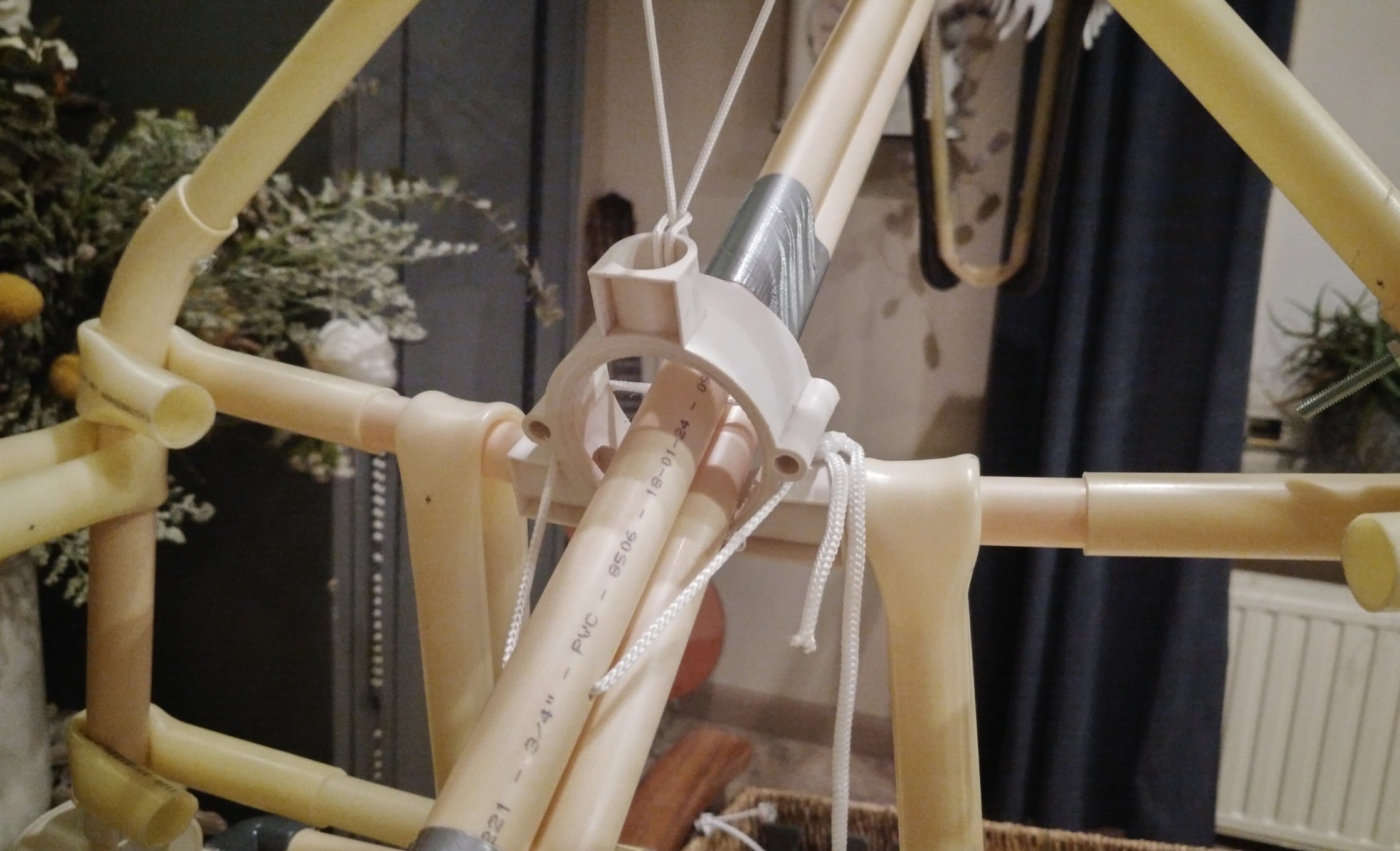 The magic of Kramer’s costume is in its smooth head movements:

The most challenging part was figuring out how to move the head in all the different directions. I designed the head to be able to move up and down, left and right and to rotate. In order to make the movements more natural. I also needed some control over the neck.

The way the costume leans on my hips/shoulders kind of functions as a seesaw in which I am the fulcrum. This way I don’t have to move my body a lot in order for the dinosaur to lean forward or backward. I can adjust its pose by pushing or pulling the handle I use to control the head. This spares my own back and also makes the movements appear a little smoother.

The tail has two inflection points, I used a little bit of garden hose between the pvc parts. It also contains a fiberglass stick that I found in the garage so the tail returns to a straight position. I can swing it by moving my body. 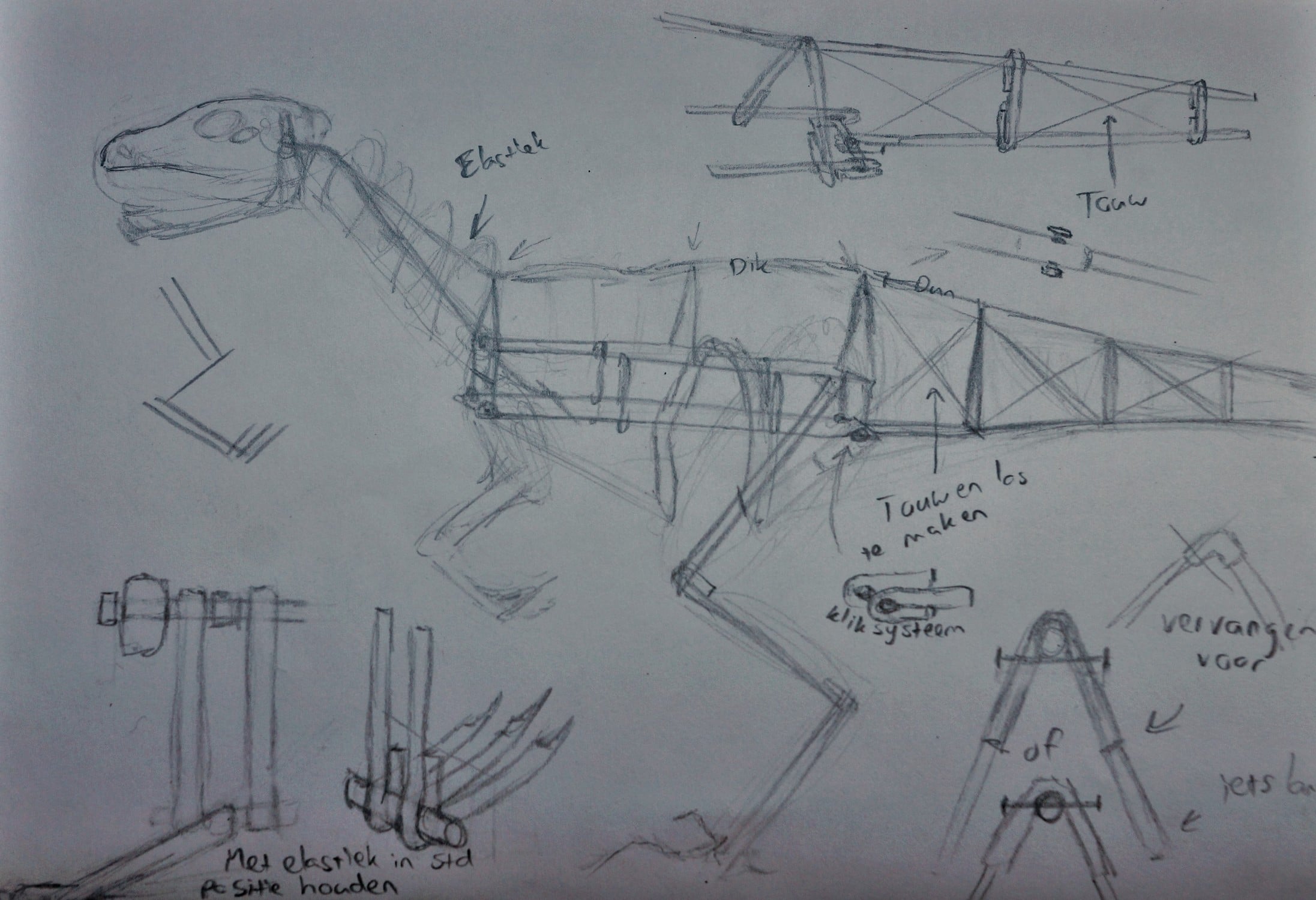 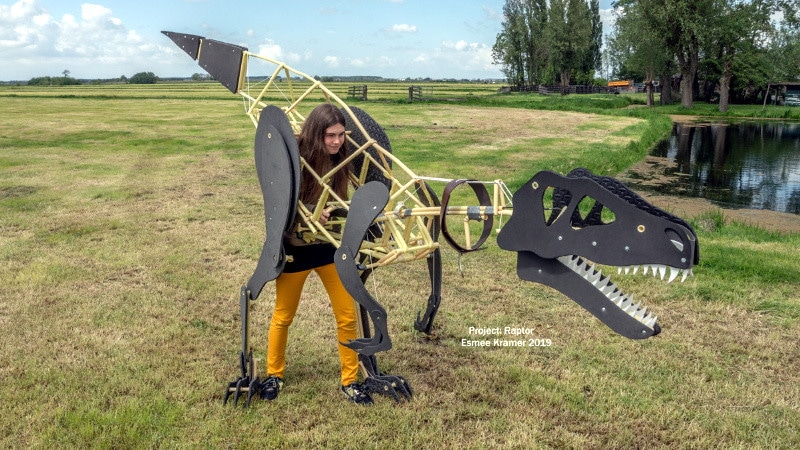 Plus: The gigantic dinosaur puppets of Walking With Dinosaurs and Barnaby Dixon’s Raptor Puppet.

Theo Jansen’s Strandbeest on the beach in San Francisco