A Pumpkin’s Life is a Sesame Street-style pumpkin time-lapse originally filmed in 2011 by Jon Fletcher at Sykes-Cooper Farms in Elkton, Florida. To capture each stage, he built a solar-powered camera to capture the pumpkins from seed to October-ready fruit. What does it take to grow a pumpkin?

…pumpkins require anywhere from 75-100 days or more to grow… larger varieties take longer to produce. They don’t like cold, which makes it vital you wait until all danger of frost has passed before trying to plant them. Ideal soil temperatures for pumpkins is 70-95 degrees Fahrenheit.

Second, pumpkins need full sun and plenty of room to spread out when growing. Their vines can reach anywhere from 50-100 feet per plant.

Finally, be sure to plant pumpkins in nutrient-rich soil because they’re heavy feeders. The soil should also be well-drained. If they can’t get what they need from the soil, you shouldn’t expect a big harvest.

And with Dill’s Atlantic Giant seeds, rich soil, the right weather, and some luck, you might grow a giant pumpkin like the 2,528 pound 2018 record-breaking one grown by New Hampshire man Steve Geddes. Start preparing the soil in autumn for next year’s yield. 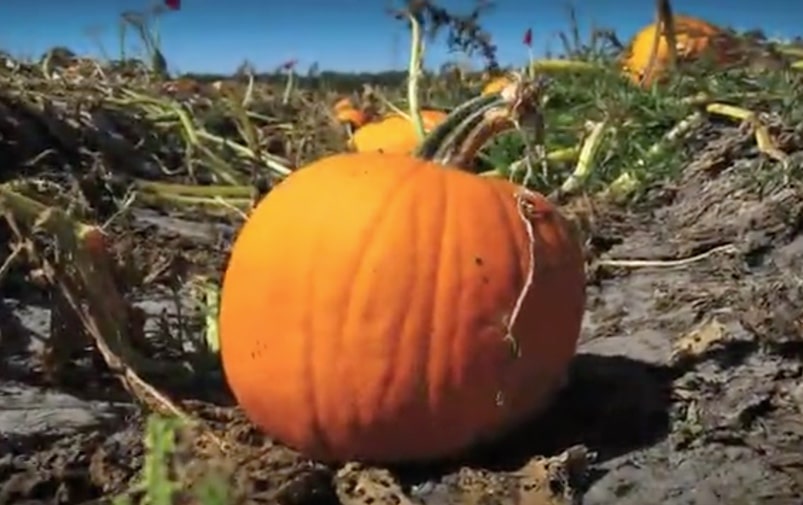 Learn more about pumpkins with this True Food explainer. Then watch pumpkin carving artist Lenny Calvin create a spooky goblin face and a 1,223 pound pumpkin growing from seed to scale.

Bonus: The Growing Cycles of Vegetables.