Hike into the stormy mountains of the Western Ghats to find the squeaky Indian purple frog (Nasikabatrachus sahyadrensis), also called the purple jungle frog, a stout amphibian that spends most of its time underground.

Indian purple frogs only surface to breed when it rains, and so in The Mysterious Purple Jungle Frog, a 22-minute episode of Real Wild, wildlife filmmaker Malaika Vaz must endure some wet weather to find them. 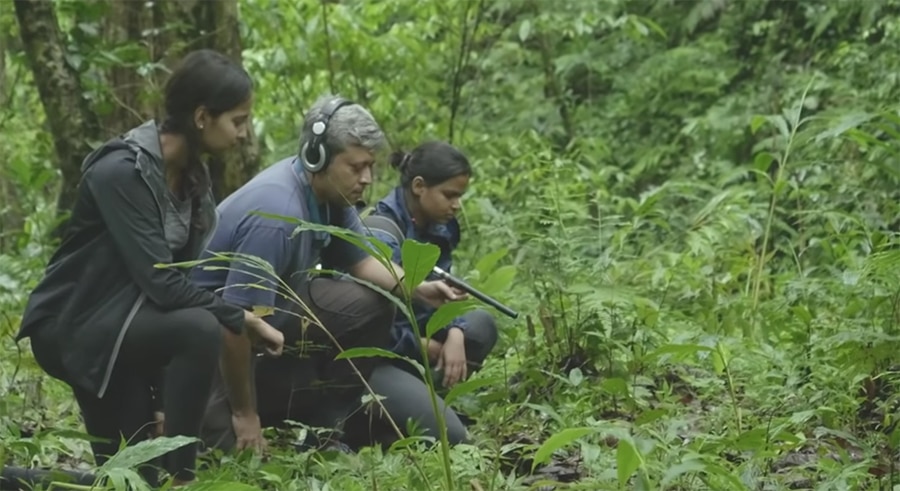 On this trip to the Anamalai Tiger Reserve, she accompanies wildlife biologist Dr. Kathikeyan Vasudevan, who was part of the team that discovered this burrowing frog in 2003. Vasudevan explains:

When we did the recordings of the calls of the males and sent it to the Cornell Natural Sounds archive, they said there were seismic tones on those, and it could be that these calls are getting passed on under soil and they communicate by these reverberations. That’s very unique to this species. 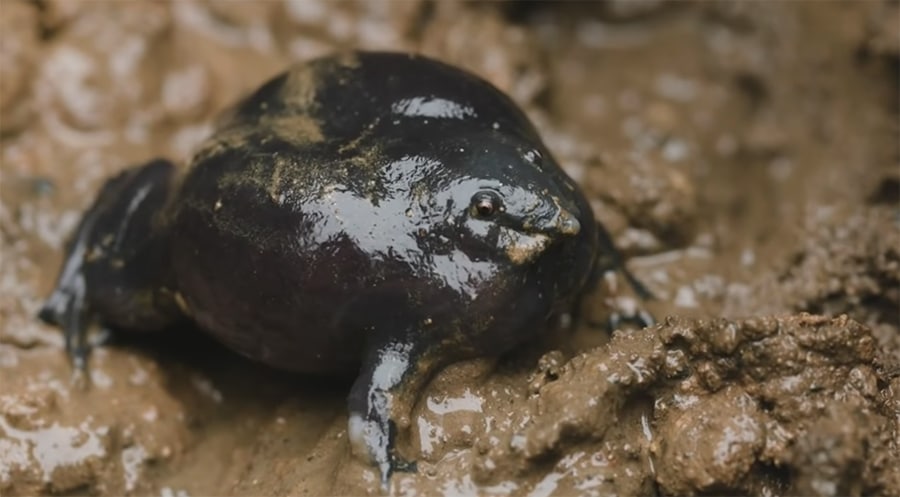 Another unique aspect to this endangered creature, via Amphibiaweb:

The species Nasikabatrachus sahyadrensis is estimated to have originated in the Jurassic, 130-180 million years ago which is 50 to 100 million years earlier than any other known frog species in India.

Later in the video, Vaz and team traverse the jungle at night to spot the Anaimalai Flying Frog and its foam nest, first discovered by Vasudevan in 2000. 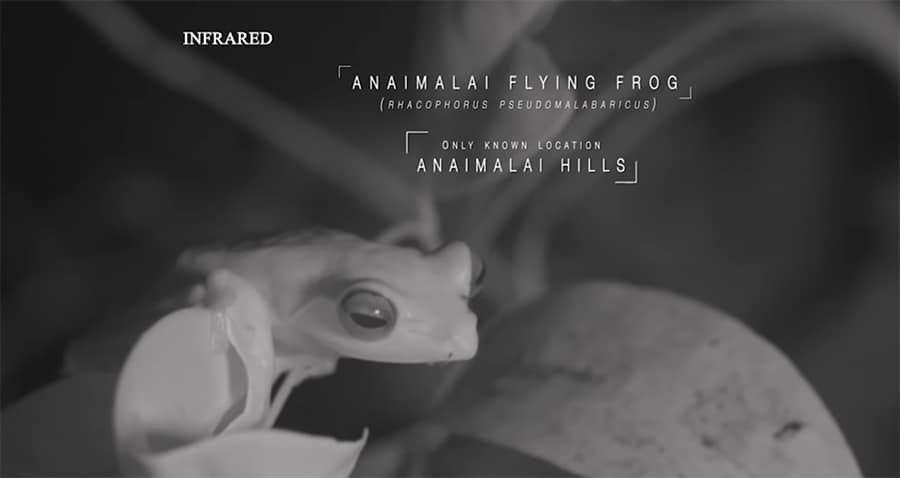 They also discuss two threats to amphibians in this region: Chemical residue contamination from local farms and a worldwide fungal infection called Chytridiomycosis.

Here’s a 2014 video of the elusive purple frog’s call from this research via PLOS: