How do pyrotechnics experts stage professional fireworks shows for holidays and events like the Macy’s July 4th Spectacular and both the 100th and 125th anniversaries of the Statue of Liberty? In this Wired video, fourth generation fireworks pro Jim Souza gives us a tour of a firework shell’s inner workings and explains how technology has made his life’s work more musical, more efficient, and much safer. Some family history:

After immigrating to the San Francisco Bay Area in the early 1900s, Manuel de Sousa (the family name was later Americanized to Souza) quickly garnered a reputation as an entertainer by creating fireworks displays for local Portuguese community celebrations. Crowds at the Portuguese Saint’s Day and Festa do Espirito Santo or “Holy Ghosts Festival” were thrilled by his flair for colorful showmanship, earning him the name Papagaio (“parrot” in Portuguese). Soon, the entire family was helping produce shows by constructing fireworks out of their home on the family farm…

As a result of being seriously injured during the firing of a display—just as his grandfather Manuel was—Bob [Souza] redoubled pyrotechnic safety efforts. His innovative use of technology and safety reforms have been transformative in the fireworks industry. The designing of electrical firing systems, training of pyrotechnicians and fire personnel, and development of state safety regulations are all a part of his legacy. 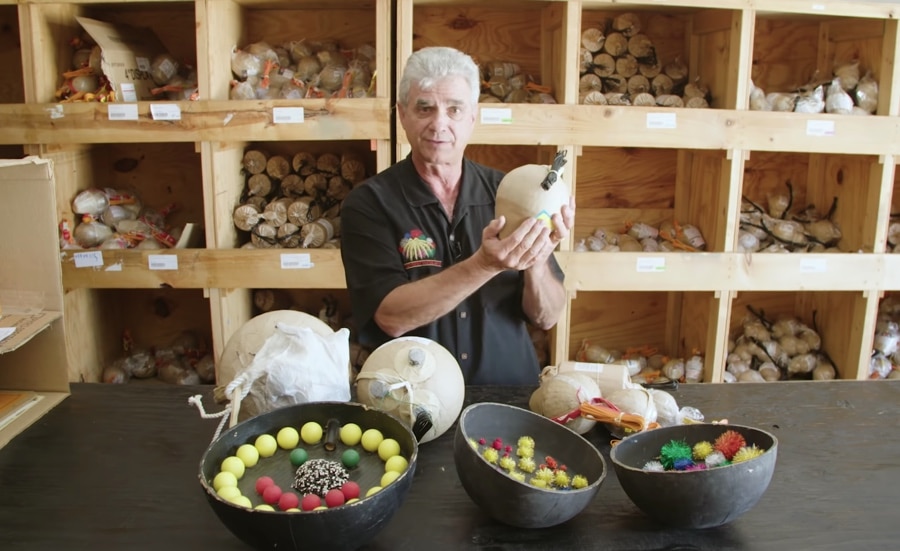 Next, watch a record-breaking firework ball explodes over Zurrieq, Malta and see how sparklers are made.

How are sparklers made?

How are fireworks tested?