How do you stop a destructive bug from crawling all over your favorite tree? In 2019, fourteen-year-old Pennsylvanian Rachel Bergey invented an effective zero-pesticide trap for invasive spotted lanternflies: A foil tree ring with one throughway… up into a net trap. Via WFMZ-TV: 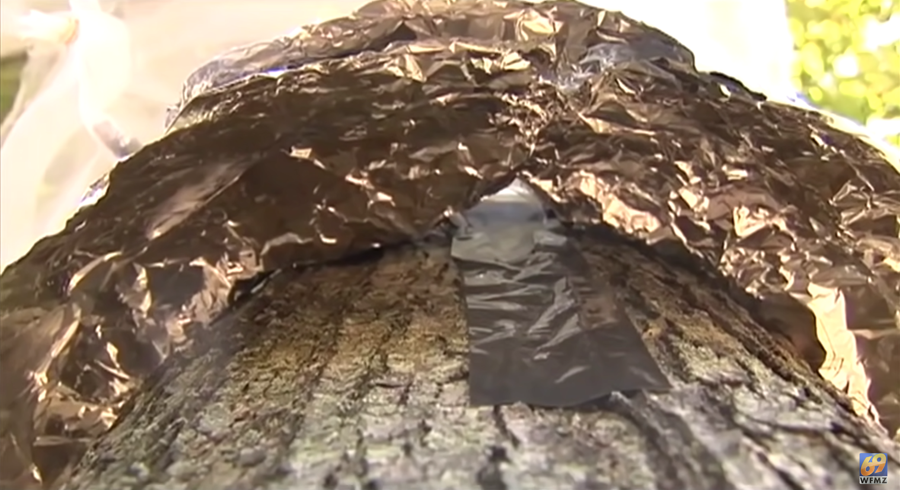 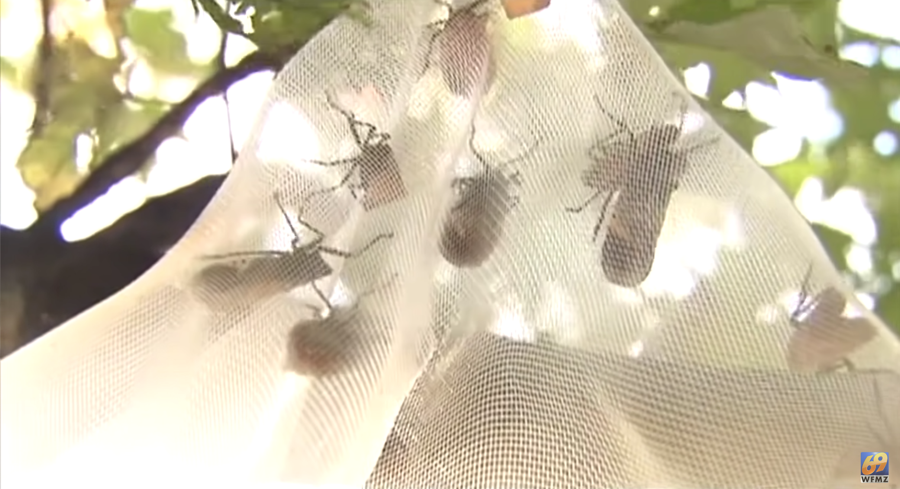 Spotted lanternflies are beautiful-looking insects, but they cause quick damage to fruit crops and forests. Indigenous to eastern Asia, this planthopper “is thought to have arrived as egg masses on a stone shipment in 2012,” and has since been named Public Enemy #1 in the bug world. 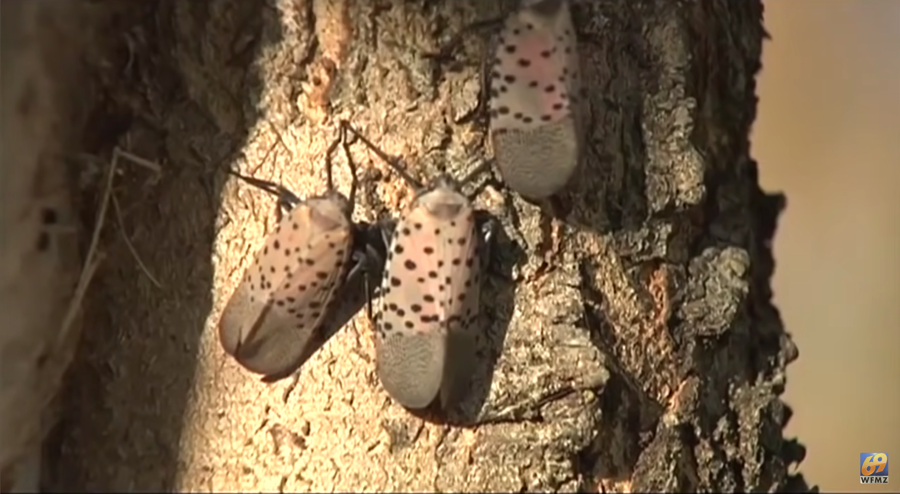 Anyone who sees it has been asked to “Kill it! Squash it, smash it…just get rid of it” to help stop infestations across 14 eastern states. From Pittsburgh’s 90.5 WESA:

“Adult lanternflies can put their piercing, sucking mouthparts through the bark of trees, stealing nutrients and weakening the tree’s vascular system. [Penn State Extension commercial horticulture educator Sandy] Feather said this diet is very high in carbohydrates but not high in protein, so the lanternflies must almost feed continuously. That’s troubling for plant life, but the insects’ sticky, sappy excrement (which Feather said is “politely called honeydew”) can also do damage.

“’We think of them as plant stressors,’ Feather said. ‘If there’s a lot of feeding going on on a tree, something else could come along like root rot disease that would make the tree susceptible.'”

In the autumn of 2019, Bergey won a Lemelson Award for Invention from The Lemelson Foundation for creating a promising solution to a real-world problem. And, perhaps, one of the best features of her homemade lanternfly trap is that it is easy and affordable for anyone to make.

Watch these innovation-themed videos next:
• How is this young scientist taking on Flint’s water crisis?
• A teen inventor demonstrates his mind-controlled prosthetic arm
• MarinaTex, a bioplastic made from fish waste
• How A Children’s Toy Led To An Essential Medical Device
• A waterless and chemical-free sound wave fire extinguisher
• Catching fog to help combat Peru’s water shortage

The Letters, an EmPower project animation about creating positive change

Natural Climate Solutions: How nature can repair our broken climate

Inventions made real by Little Inventors

How is this young scientist taking on Flint’s water crisis?