Ravens and Crows: How can you tell them apart?

How can you tell if a big black bird is a crow or a raven? This BirdNote video shares a few telltale clues to help you determine what species from the Corvidae family you’re seeing. From BirdNote’s Ellen Blackstone:

“Ravens generally travel in pairs, while crows are often seen in larger groups except right before the breeding season.

If you can, study the tail as the bird flies overhead. A crow’s tail is shaped like a fan, while the raven’s tail appears wedge- or diamond-shaped.

Another clue is to listen closely to the birds’ calls. Crows give a cawing sound, but ravens produce a lower croaking sound.

A raven may weigh four times as much as a crow. Its beak is heavier, too, and it often appears to have a shaggy set of feathers on its throat.”

The video shares some audio of both calls, a clarifying indicator of which bird is which. 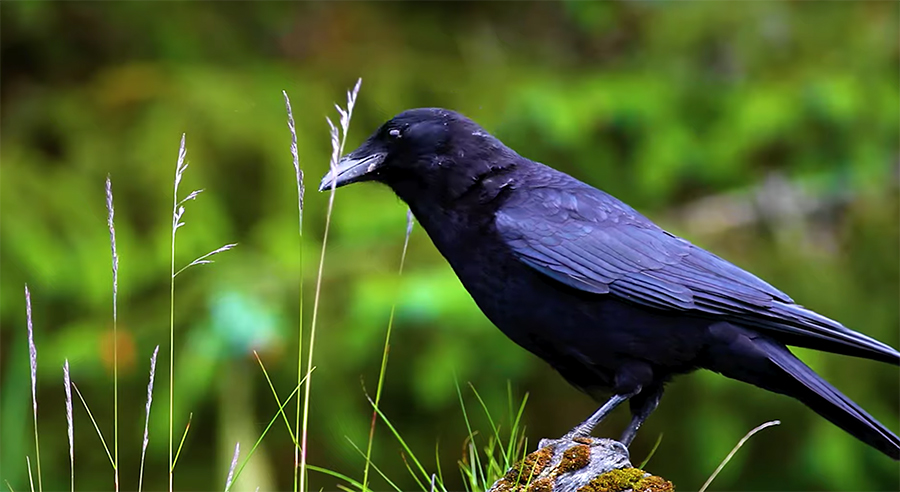 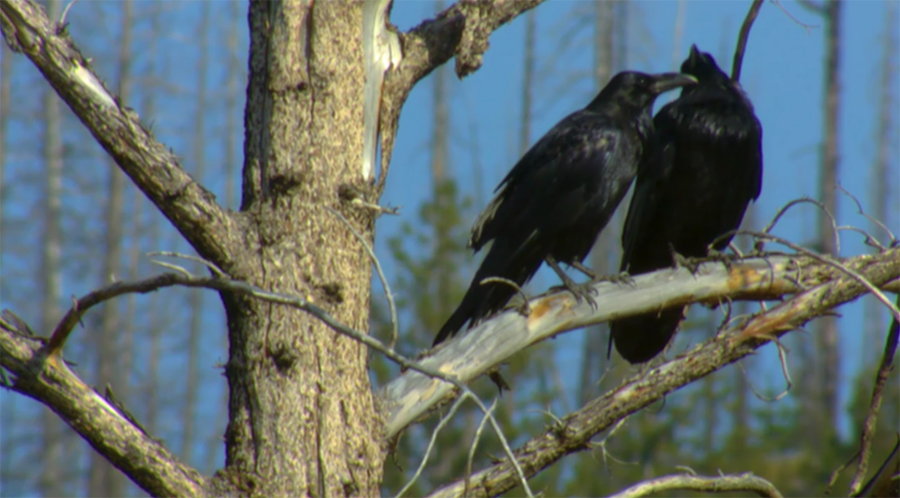 BirdNote is also an excellent 2 minute podcast. Listen to the audio version of this episode or find more episodes on BirdNote.org.

Next on TKSST: Sing a Song of Sixpence with six North American black birds.

Then watch a wild crow solve a puzzle in 8 parts.