Growing red bell peppers from seed in 4 months, a time-lapse

What do red bell peppers look like while they grow? Starting with a single seed plucked out of a fresh bell pepper, this time-lapse video from Boxlapse took four months to complete, “but it was totally worth it. And the peppers tasted great!” From the video notes:

The plant made a ton of flowers but I removed most of them and left just a few to make sure it would have the strength to grow. Pollination was done with a small paint brush but the flower I was aiming on apparently didn’t get pollinated and died. Luckily there were a couple other flowers in the same shot. 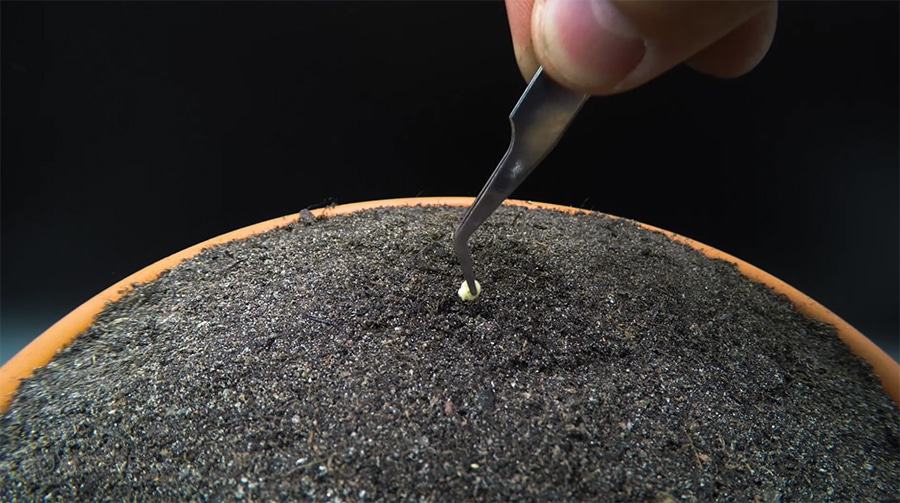 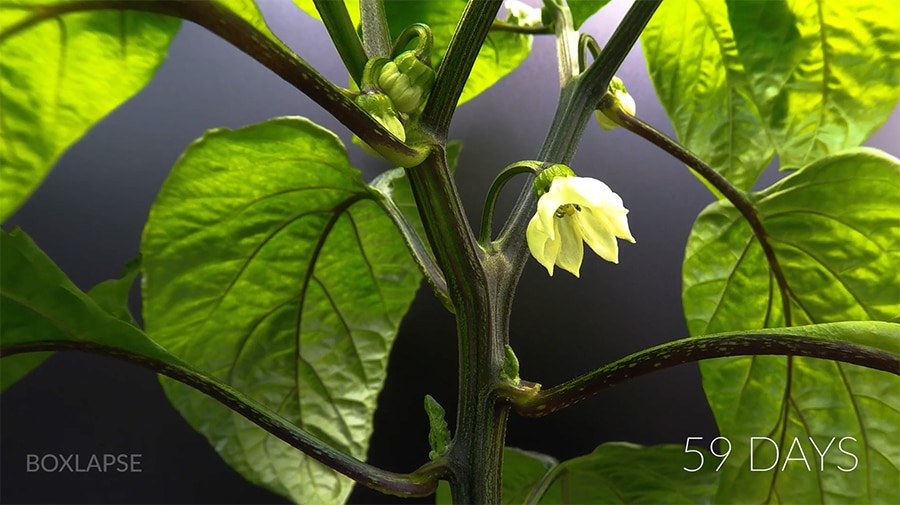 Like the tomato, bell peppers are botanical fruits but culinary vegetables…

The bell pepper is the only member of the genus Capsicum that does not produce capsaicin, a lipophilic chemical that can cause a strong burning sensation when it comes in contact with mucous membranes. They are thus scored in the lowest level of the Scoville scale.

They are also 94% water and 5% carbohydrates, and are a rich in vitamin C. “Red bell peppers have approximately twice the vitamin C and eight times the vitamin A content than green bell peppers.” 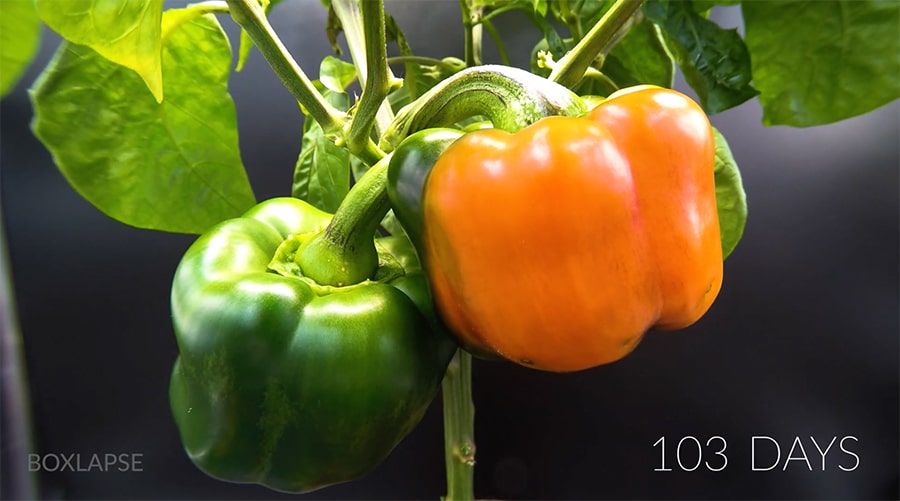 • From a flower to a strawberry in 30 days
• The Growing Cycles of Vegetables – Farm foods grow in time lapse
• Soil Life in Action: Bioturbation with and without soil fauna
• Fly Agaric (Amanita muscaria), a time lapse of growth