With its exceptional hearing, the red fox can detect when a small animal is scurrying around up to 3 feet under the snow, and their high jump to surprise and catch that animal — called “mousing” — is pretty spectacular. But even more spectacular is what we can’t see: the possible influence of magnetic alignment.

Jaroslav Červený and a large research team observed almost 600 mousing jumps by 84 foxes, and based on the data, they proposed that “…mousing red foxes may use the magnetic field as a ‘range finder’ or targeting system to measure distance to its prey…” From Ed Yong in 2011:

If they pounced to the north-east, they killed on 73% of their attacks; if they jumped in the opposite direction, they success rate stayed at 60%. In all other directions, only 18% of their pounces were successful… 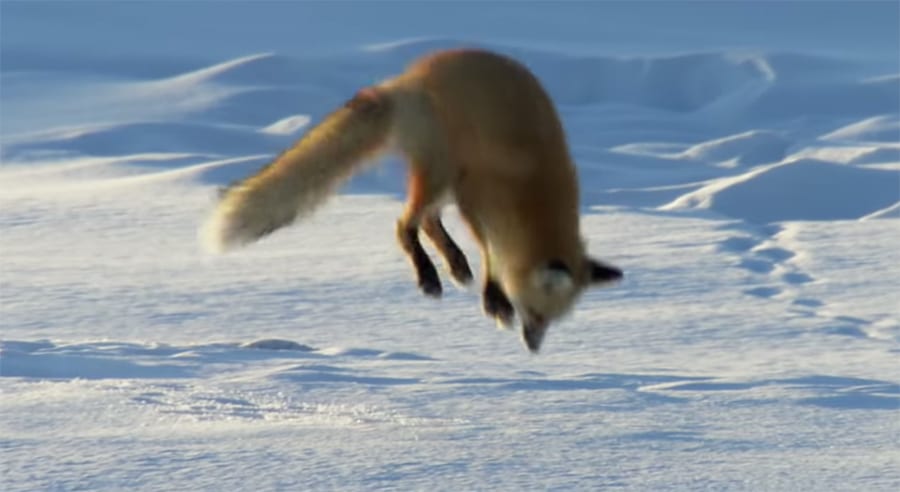 If Červený is correct, then the red fox is unique in many ways. It would be the first animal known to use a magnetic sense to hunt, and the first to use magnetic fields to estimate distance rather than direction or position.

Why are these jumping mullet jumping?

What is the world’s smallest wild dog?

Travel through Greenland on a dog sled