Powered by changes in humidity—curling when dry and straightening when wet—this Erodium cicutarium seed (or more specifically, an achene) will bury itself by slowly drilling into the ground. This time lapse video by p roullard shows its “hygroscopically active” spiraling shape. Also: Note the active soil.

Erodium cicutarium, also known as redstem filaree, redstem stork’s bill, common stork’s-bill or pinweed, is a herbaceous annual – or in warm climates, biennial – member of the family Geraniaceae of flowering plants. It is native to the Mediterranean Basin and was introduced to North America in the eighteenth century, where it has since become naturalized, particularly of the deserts and arid grasslands of the southwestern United States…

The leaves are pinnate to pinnate-pinnatifid, and the long seed-pod, shaped like the bill of a stork, bursts open in a spiral when ripe, sending the seeds (which have little feathery parachutes attached) into the air. Seed launch is accomplished using a spring mechanism powered by shape changes as the fruits dry.

Get a closer look at the achene’s coil in this image by Didier Descouens. 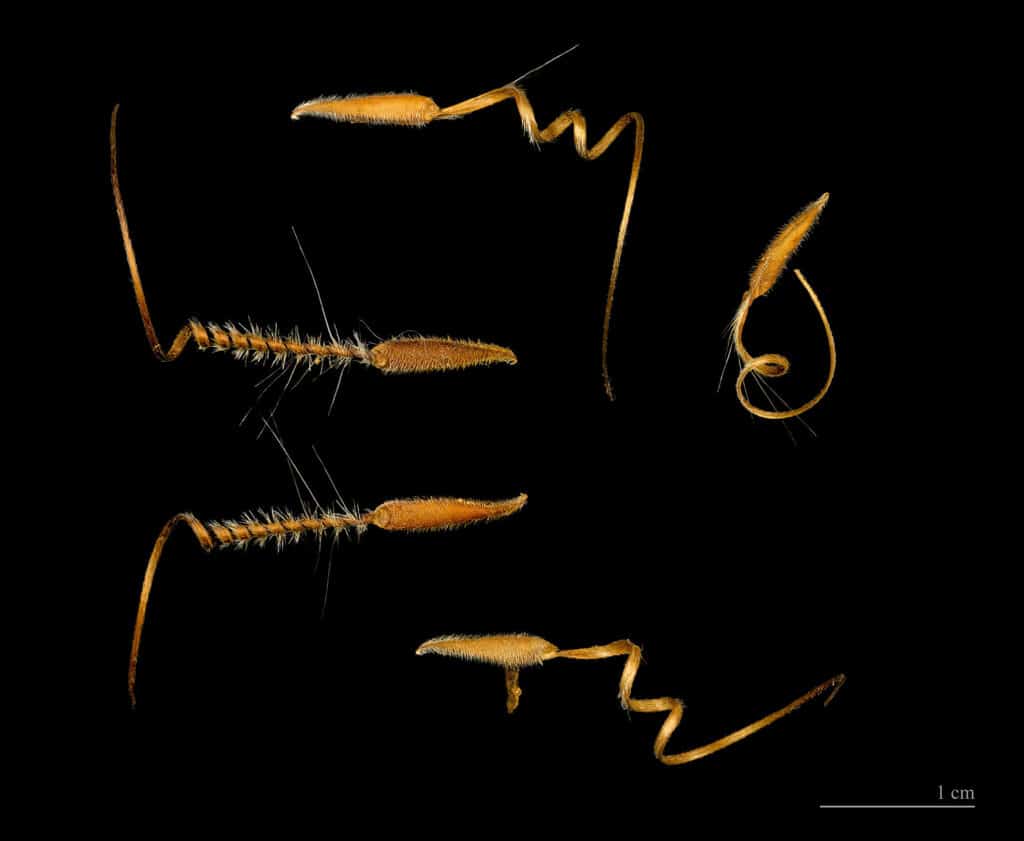 And recognize it in the wild: 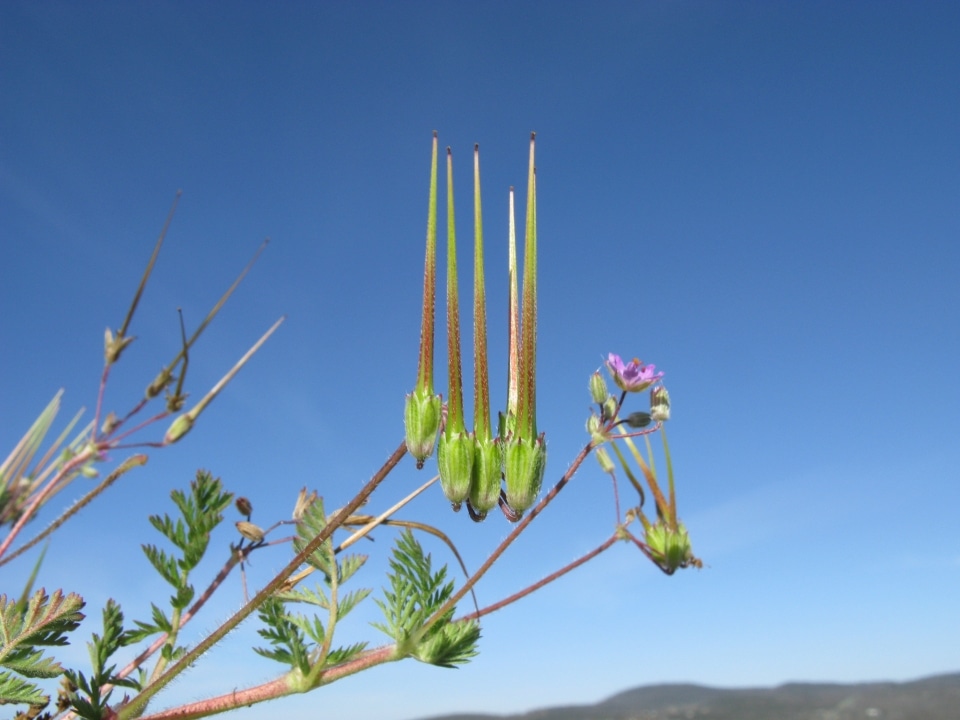 File under: Seed dispersal. And watch this next: Exploding plants disperse their seeds with high pressure bursts. Plus: Untangling the Devil’s Corkscrew and Unwinding the Cucumber Tendril Mystery.