“The general idea is always that penguins live in the cold, that they live in Antarctica,” explains Dr. Katta Ludynia. “But there’s actually several species that live in these kind of warmer climates.”

Dr. Ludynia is based in Cape Town, South Africa, working as a part of the team at SANCCOB, a “24/7 rescue service for sick and injured seabirds and abandoned seabird chicks.”

“There’s obviously a lot of conservation projects that are being carried out to save the African Penguin and one of them that SANCCOB is heavily involved in the rescue of eggs and chicks. SANCCOB has been handling African penguin chicks since, I think, 2006.”

She continues to talk candidly about what it’s like to participate in penguin chick rescues in this BBC Earth video, one in their Earth Witness series that highlights voices from the conservation frontlines.

Note that her description might feel intense for younger or sensitive viewers, but the year-round work that the SANCCOB team does—hand-rearing rescued chicks and releasing around 80% of them back out into the wild—is also heartening, and essential for the species. 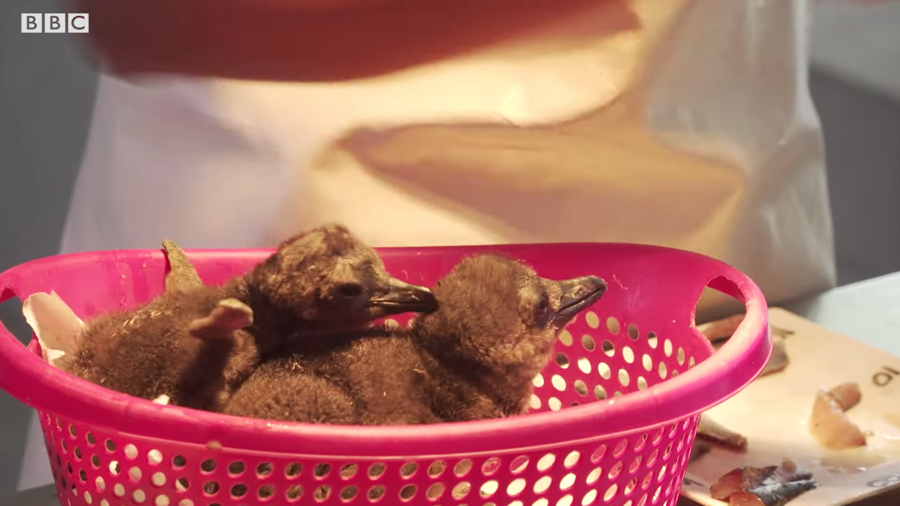 “Our rangers go in and they take the chicks and they get taken to SANCCOB and then they get hand-reared by our staff. And then when they’re old enough, they get released back into the wild.

“They first get kind of rehydrated, so they’re literally kind of a tube down their throat and they get some liquids and kind of some energy drinks, and then they slowly get introduced to feeding.” 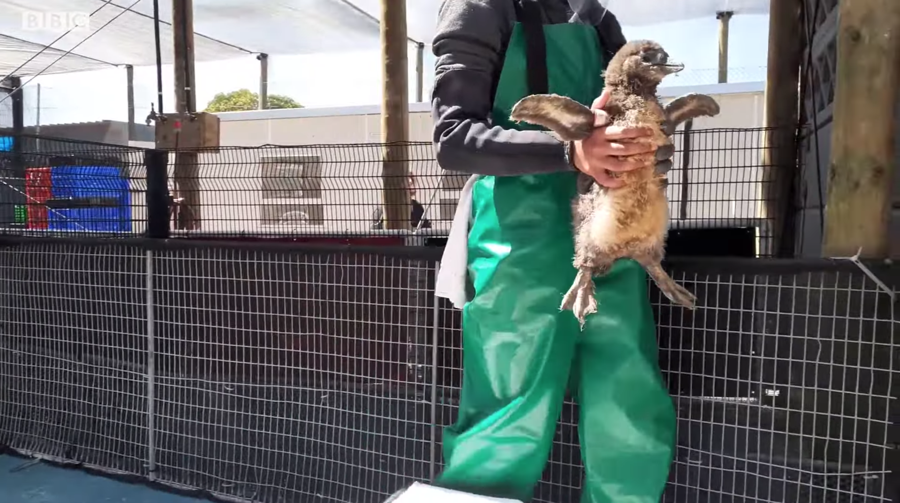 “And then they also start swimming, which is something that is kind of special to birds in rehab because birds in the wild don’t get swimming practice before actually, they leave their nest. So our birds have a little bit of an advantage because they actually get to swim.

“And then once they have reached a certain age and weight, they can swim an hour without their plumage actually getting wet. So they’re fully waterproof, then they’re actually being released back into the wild.” 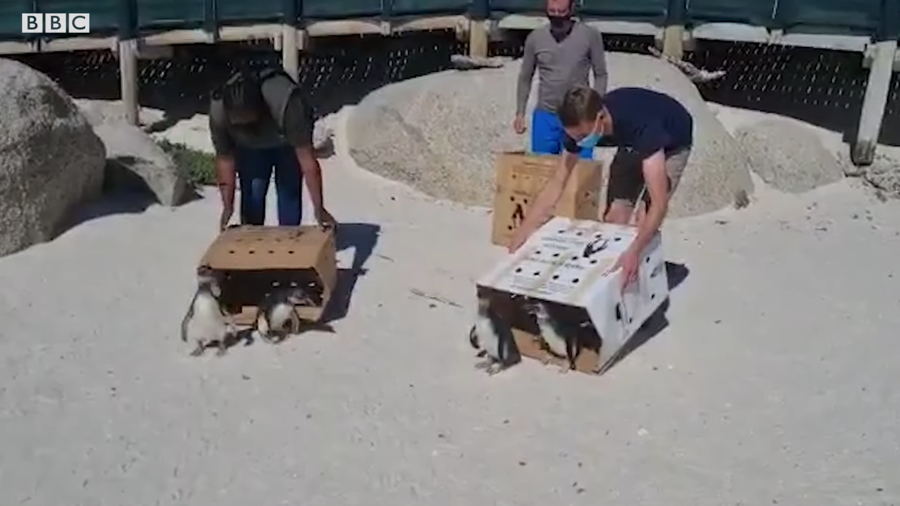 Look for the helpers. Be a helper whenever you can. And enjoy these related videos next on TKSST:
• Baby Bat Burritos at the Australian Bat Clinic
• Raccoon Baby Rescue, Rehydration, and Reunion
• Baby Koala Elsa at Australian Reptile Park
• Inside a Baby Sloth Orphanage and Rescue Center
• Playful Apollo, a 3-year-old rescued orphan rhino

Snow chicks venture onto the ice and into the huddle