How do you multiply numbers? Try doubling and halving. Forget fractions and any rows with even numbers in the left column. Add up the right column and you’ve got Russian Multiplication, an astonishing math method described by English television presenter and math aficionado Johnny Ball for Numberphile. Try it! Use “any figures you like.” Ball assures that it always works. 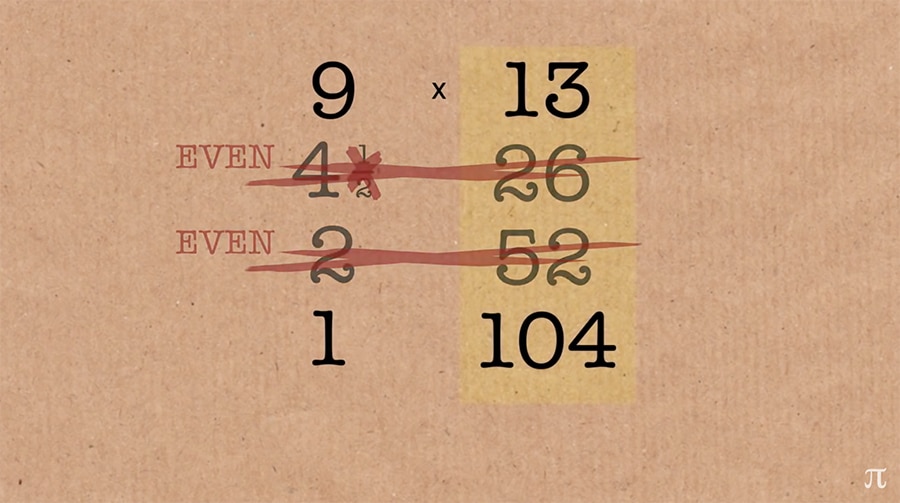 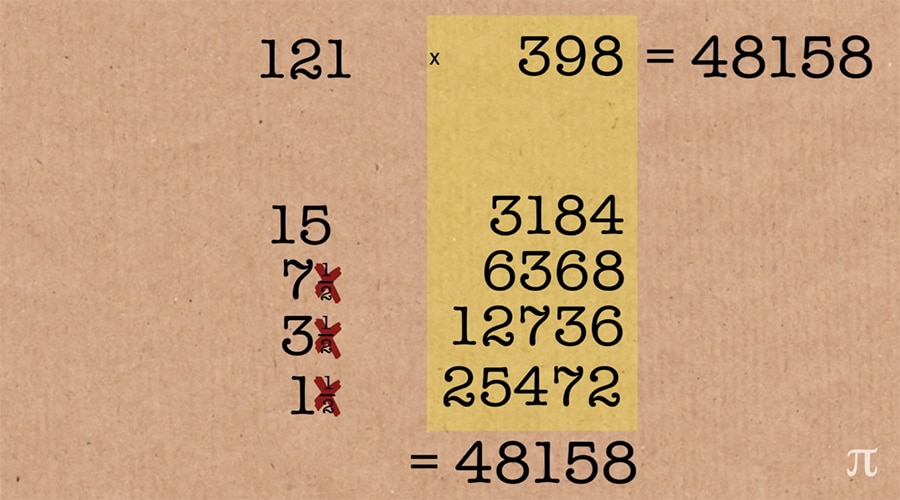 “I tried to trace this back and I found it’s very difficult because people in rural areas, before schools, in Victorian times and long before that used to use it. In Elizabethan times, we know they used to use this—this system of doubling and halving. But I traced it back even further…

I traced it back to about four and a half thousand years ago in Egypt. And they did it a slightly different way.”

Ball explains the Egyptian method, as well as how these very old mathematics relate to present day technologies: Binary numbers.

Related activity from SciFri: Write Your Name In Binary Code. 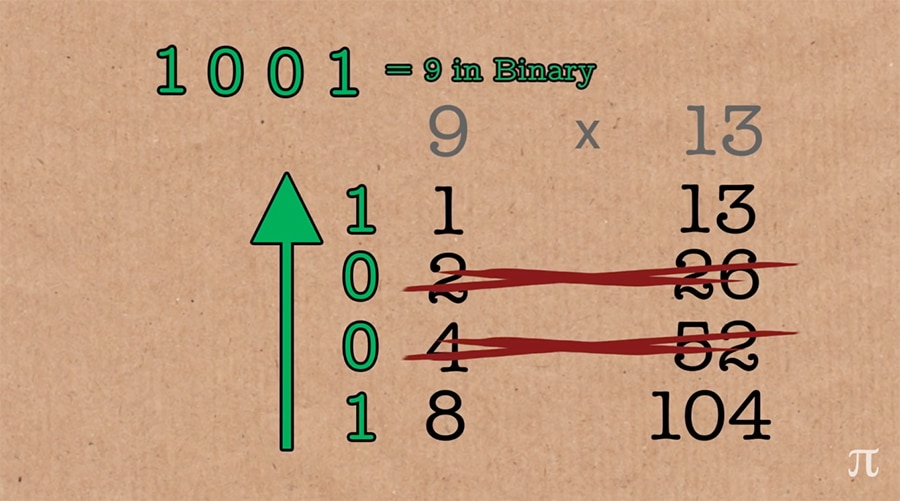 Plus, some background on these processes from Wikipedia:

Watch this next: How to multiply numbers by drawing lines, aka The Japanese Multiplication Trick.

Then watch more videos that celebrate the magic of math:
• Mental Logs number sticks, a math magic trick
• Anastasia Chavez explains the 21-card trick
• 2ⁿ, a story of the power of numbers (1961)
• The Ring of Truth: Noodles & the principle of halving
• How high can you count on your fingers?
• Universal Calendar Puzzle: Figure out the day of the week for any date ever