“Using natural power from the sun and wind, Cargill’s 12,000+ acres of salt ponds are capable of crystallizing 500,000 tons of sea salt each year,” a feat made possible by the Bay’s “clay soils and a Mediterranean climate – just enough rain in fall, winter and spring, followed by dry summers with steady breezes and summer sunshine.” 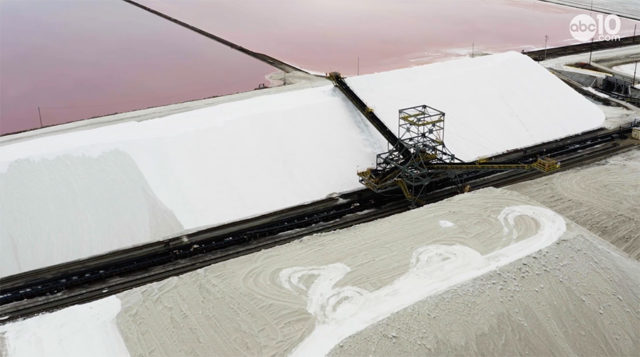 In the video above, a Bartell’s Backroads report from ABC10, John Bartell visits Newark‘s salt ponds to learn more about how Cargill grows salt, as well as how brine shrimp and other colorful microorganisms paint the pools. Some history from Wikipedia:

Salt production goes back to when the Ohlone were the only people in the area. After the large influx of people to the area in the 1850s, industrial production began. At first, production was predominantly small family operations, but over time these were replaced by companies like the Oliver Salt Company in Mount Eden and Leslie Salt in Newark. Eventually, Cargill bought out the companies to become the dominant producer in the area. Since 2003, there has been a move to close the ponds and return the area to its natural state. This process may take as long as thirty years. 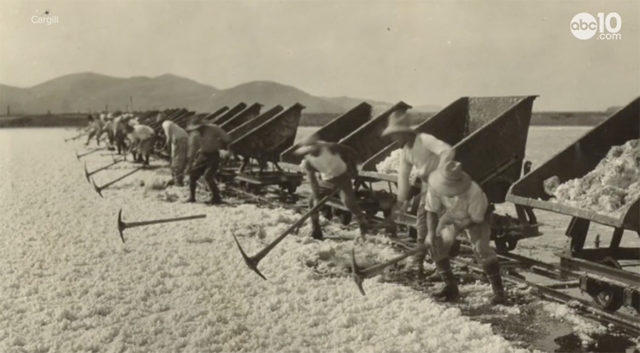 San Francisco Bay has lost an estimated 85 percent of its historic wetlands to fill or alteration. This dramatic decline in tidal marsh habitats has caused populations of marsh-dependent fish and wildlife to dwindle. It has also decreased water quality and increased local flood risks. Restoration of the South Bay salt ponds provides an opportunity to begin to reverse these trends, by improving the health of San Francisco Bay for years to come.

Fly over the remaining ~12,000 acres of Cargill’s salt ponds with this six-minute drone video: 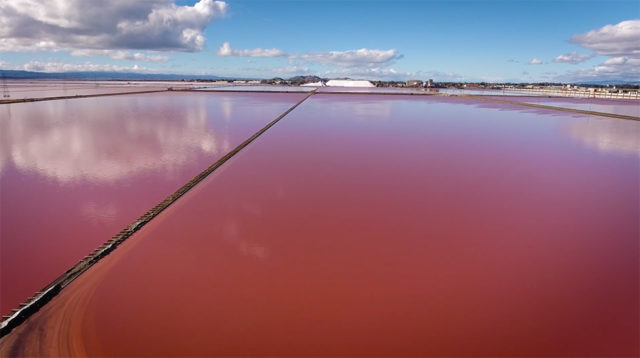 Reflections from Uyuni –  Water across the world’s largest salt flat